Is Netflix's Deal With Comcast Good for Movie-Loving Customers? 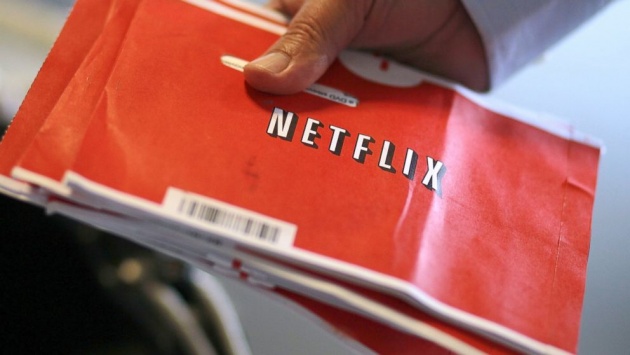 A postal worker holds a stack of Netflix envelopes at the U.S. Post Office sort facility, Oct. 24, 2011, in San Francisco.

Netflix's deal with Internet service provider Comcast may be good news for the cable company's broadband customers, who will get smoother streams of movies and TV shows. But there's concern that it sets a pay-to-play precedent that will raise costs for Internet content providers, and ultimately for consumers, as well as stifle new services.

Broadband providers including Comcast and Verizon have long argued that Netflix, which uses one-fourth of all the available bandwidth in America during peak viewing hours, should have to pay them to move their video streams. And the courts have invalidated federal rules that required net neutrality among Internet providers--treating all traffic as equal.

Dan Rayburn, principal analyst with consulting and research firm Frost and Sullivan, says Netflix has already been paying for various types of transit from other companies, which allows providers to exchange traffic, he said. Previously, Netflix was paying a firm that connects with Comcast, but with this new deal, the company is paying Comcast directly; and Netflix is likely paying less for this direct relationship, Rayburn said.

"Netflix is already paying to deliver content and there are many different suppliers, because there are many ways to get content," Rayburn said. He doesn't expect this deal with Comcast will cost Netflix customers more money in the foreseeable future.

Joris Evers, a spokesman for Netflix said, "clearly our members who are on Comcast's network will be receiving a better Netflix experience as a result and that's what this is all about."

Michael Hodel, an analyst with Morningstar, sees the deal as generally good for consumers because it will improve the performance of Netflix content without increasing consumer prices for Internet access. “Netflix content has to move from Netflix servers to the Comcast network one way or another and this arrangement makes this movement more efficient,” Hodel said.

Hodel said he doubts that the deal is a significant new source of revenue for Comcast. He points out that firms like Level 3, which provide network services to Netflix, have had to pay Comcast for access in the past.

“The direct relationship between Comcast and Netflix cuts out middleman like Level 3.”

Hodel said one potential negative aspect of the agreement for consumers is that deals like these raise the barriers to creating new media companies and new services.

“This isn’t an issue about net neutrality per se, any fledgling media service will now feel compelled to deal directly with Comcast to match the experience that Netflix delivers,” Hodel said. “Middlemen like Level 3 now have less scale to negotiate against ISPs like Comcast, so the prices and service levels they can offer to a new entrant aren’t as good. I have to point out, though, that this type of dynamic isn’t unique to this industry – there are lots of businesses where scale provides benefits to those firms that have it, to the detriment of those who don’t.”

Comcast customers who use Netflix won't be experiencing better service immediately, Rayburn said. "The implementation has only just started. They shouldn't think that starting tomorrow it will improve. It shouldn't. That's not how it works," he said.

For people who aren't Comcast users but receive services from Internet service providers including Verizon and Time Warner Cable, the deal doesn't mean anything, unless these other competitors want to make a deal also.

Verizon Communications CEO Lowell McAdam told CNBC on Monday morning that he expects to make an agreement with Netflix soon.

"I'm not here to pre-announce and I'm not here to change my hand at the negotiating table, but I think there's a good opportunity here," McAdam said.