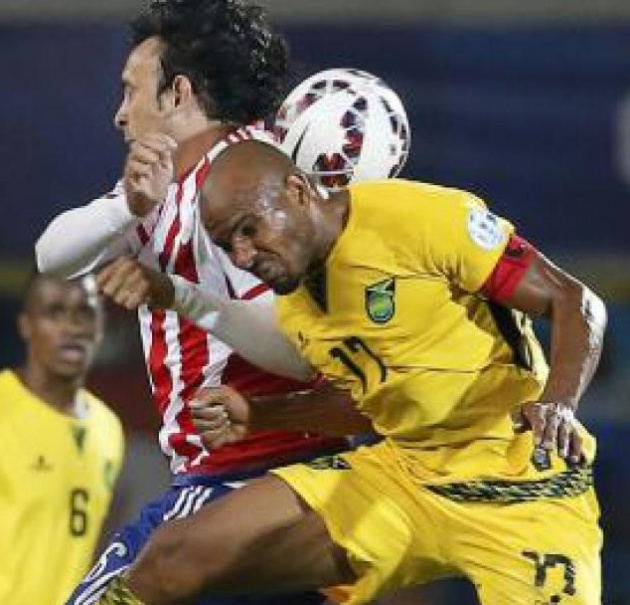 A blunder by Jamaica goalkeeper Duwayne Kerr gifted Paraguay a 1-0 victory that put them top of Group B at the Copa America on Tuesday.

Midfielder Victor Caceres played a long ball out of the Paraguay half for Edgar Benitez to chase and Kerr's attempt at a clearing header bounced straight off the striker's thigh and into the net in the 35th minute.

Paraguay moved top on four points from two matches, one more than title holders Uruguay and three in front of Argentina, who meet later in La Serena (0130 GMT).

Jamaica, in the tournament for the first time as a guest team and warming up for the CONCACAF Gold Cup in the United States starting on July 7, have no points after they also lost their first game 1-0 to Uruguay.

It was Paraguay's first win in 10 Copa America matches. They reached the 2011 final with five consecutive draws including two penalty shootout wins.

The match was also coach Ramon Diaz's first victory in his fifth game in charge and followed their surprise 2-2 draw with favourites Argentina three days ago.

"We needed to win to be calm in our next matches ... It was tough but it's important to win and we're happy with the three points," captain Roque Santa Cruz told reporters.

Santa Cruz said Paraguay, emerging from a lean spell that included missing the 2014 World Cup in Brazil, were beginning to gel under Diaz but needed to improve in front of goal.

"We're pleased with the way the team is functioning, there's a lot of intensity, I hope we can add some finishing," he said.

Prior to the goal, Paraguay striker Raul Bobadilla went just wide with a scissors kick in the 21st minute and Santa Cruz's volley went straight to Kerr in the 32nd.

Caceres had the ball in the net early in the second half but was ruled offside and left back Miguel Samudio hit the bar on the hour after a fine run and shot.

Jamaica's best chance was a stinging low shot from outside the box by Garath McCleary that skimmed the outside of Anthony Silva's right hand post with a quarter of an hour to go.