On 12 April 1945, Ichizo Hayashi found himself inside a plane, screaming downwards through humid Okinawan air towards an American warship below. There was no turning back. So heavy were the high explosives stuffed into the nose of his rattling Mitsubishi Zero that Hayashi would have been unable to pull the plane around even if he’d tried. 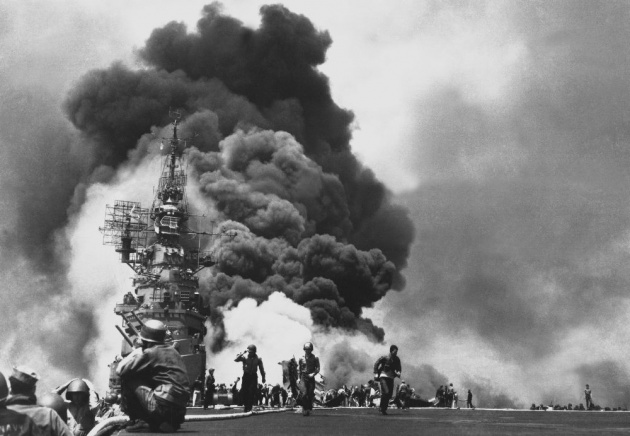 “Aim for the smokestack,” he said to himself, dutifully recalling one of the kamikaze manuals. “Crash with your eyes wide open. Many have done so before you – they will tell you what fun they had.”
Pulling up a little to skim the bright blue tropical sea, Hayashi saw the ship’s guns begin to swivel in his direction. American servicemen gestured frantically to one another as they tried to aim an accurate shot at his plane before it was too late.
They failed. Badly buffeted by near  misses, Hayashi managed to hold his  course. Mere metres away, as the dull  grey metal of the doomed ship ﬁlled his cockpit window, Hayashi shouted into his radio one last time: “Tenno heika, banzai!” (“Long live the emperor!”) And then his world went black.
So, at any rate, ran the dreams of Hayashi’s commanding ofﬁcers – not one of whom volunteered for the sort of mission Hayashi undertook that day. In reality, few of those who ﬂew the kamikaze sorties designed to stave off defeat in Japan’s catastrophic war came from senior ranks or boasted much skill as pilots. Most kamikaze were young men who had seen the inside of a cockpit for the ﬁrst time only a short while before their ﬁnal, fateful mission.

Volunteers or victims?
From October 1944, when the ﬁrst attacks took place, to the end of the war, nearly 4,000 pilots ﬂew kamikaze sorties – creating guided explosive missiles out of piloted planes.
Why did they do it? Why throw away a young life in an act of such spectacularly destructive suicide? For many years after the war, these questions were answered in the west through popular imagery of brainwashed zealotry, of reckless inhumanity. Even in Japan, the word kamikaze – coined by the military to recall the ‘divine winds’ that miraculously saved Japan from seaborne Mongol invasion in the 1200s – came to be used to admonish dangerous drivers or irresponsible skiers.
But the diaries, letters and poems of some of these pilots, belatedly making their way into English in recent years, tell a very different story. It is a far less comforting tale than the old one, because the real lives and deaths of young men like Ichizo Hayashi turn out to be more moderate and human than we might like to admit. 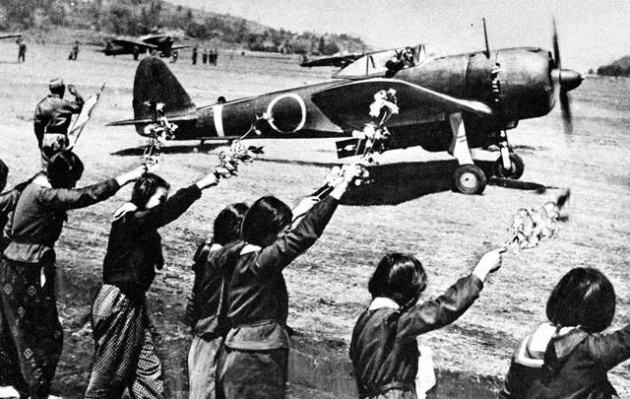 Hayashi was just nine years old when Japan’s war with China began in 1931. It was soon to turn into a much wider conﬂict, billed by its military architects as ‘existential’. In lessons and songs at school, in street parades and in swashbuckling magazine pieces about the military, the message was always the same: Japan is in danger from the racist, greedy empires of the west, and she must ﬁght for survival.
The warning was reﬂected in everyday life: jazz and theatre-going gave way to martial music and shrine visits; electricity and food were rationed; the vivid colours and materials of Japanese dress faded and coarsened into the near-shapeless monochrome of ‘national civilian uniform’. 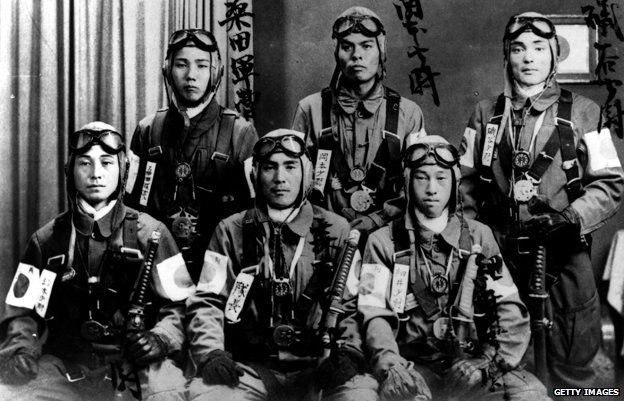 Little wonder that some of Hayashi’s fellow kamikaze pilots were convinced even while at high school that they would soon perish in combat. “I have to accept the fate of my generation to ﬁght in the war and die,” wrote one pupil – who didn’t, however, think this fate right or fair. “We have to go to the battleﬁeld to die without being able to express our opinions, criticise and argue… To die at the demand of the nation – I have  no intention whatsoever to praise it; it is a great tragedy.”
A few of those who went on from school to one of Japan’s imperial universities saw their anxiety and fatalism turn to radical opposition. But by 1945 even they had opted for silence or had undergone a sudden ‘conversion’ of their views. Japan’s ‘thought police’ were notoriously persuasive, sometimes starting out by cooking a homely meal – “Your mother is worried about you: now eat up, stop all this nonsense, and get on home” – and, if that didn’t work, moving on to straightforward torture and ‘accidental’ deaths in custody.
For the rest, studying history or literature offered no more than a new, grander palette with which to paint the dark times into which they had been born. By 1944 the Allies were retaking Europe and Japan’s empire was shrinking back towards the home islands. Students of the past came to see their imminent sacriﬁce as a part scripted for them by this and longer stretches of world history, as much as by the government in Tokyo busily churning out red conscription papers. As one kamikaze pilot bluntly put it: “I made  a mistake being born in this century”.
In no sense that they would have recognised were the likes of Ichizo Hayashi ‘committing suicide’ by signing up for and going through with their kamikaze missions. Hayashi had contemplated that step in the past. Now, the element of choice had disappeared. “Death is given to me,”  he wrote. 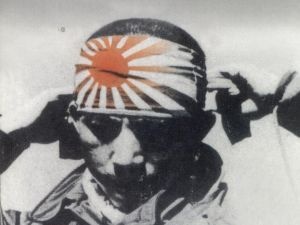 Lovers of art, philosophy and nature, too, found meaningful stories to tell themselves, discarding trite, militarist slogans in favour of more inspiring thoughts: the ﬂowers of their hometowns, the beauty of the moon over their military training bases, the faces of their families, and the better world to come after the war. In late 1943, a pilot named Hachiro Sasaki quoted approvingly from a children’s story: “I pray that we will see the day as soon as possible when we welcome a world in which we do not have to kill enemies whom we cannot hate. For this end, I would not mind my body being ripped innumerable times.”
Many of the pilots wrote as lyrically  about sacriﬁce as they did about inevitability. They had heard about it, day in and day out, as the war gathered pace: from parents and teachers, from religious leaders and philosophers. Even Japan’s ﬁrst psychotherapists became involved, lamenting the degeneration of western individualism into a diseased egotism and trying to help the youth of Japan to – as they saw it – balance their own desires with the needs of their families and society. 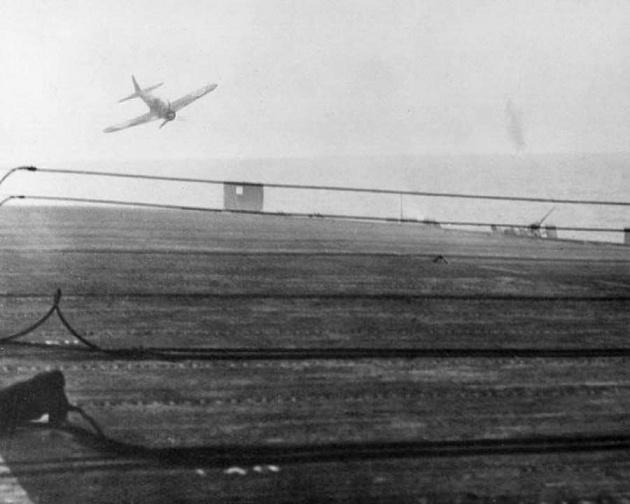 By December 1943, when university students were suddenly conscripted in their thousands, a positive case for war seemed to have become surplus to requirements. It was as though the more hopeless Japan’s situation became, the more acutely the call was felt to give whatever one had: “For our nation,” one of the pilots commented, “enormously poor in material resources, the last [form of] capital is the body.”

FEAR OF DEATH:
Marched out of their classrooms and into great army and navy halls, these students were asked in front of their peers if they wished to volunteer for the kamikaze corps. For most, the great issue at stake – life or death – had been decided long ago, and not  by them. They stepped forward. 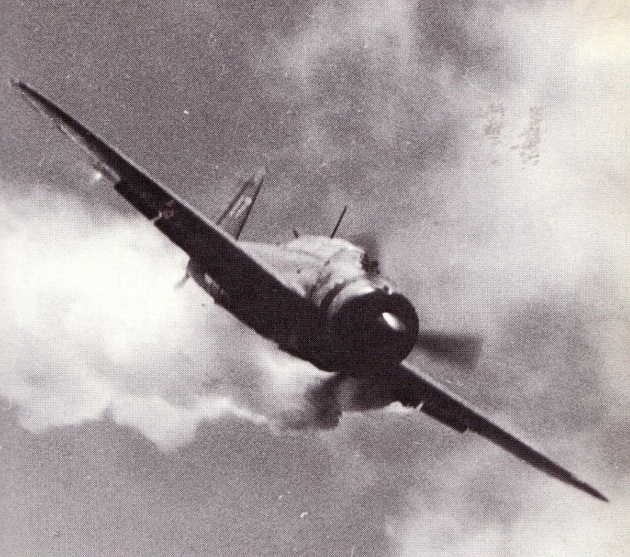 y them. They stepped forward. Over the next few months, these ‘volunteers’ – including the few who had held back, only to ﬁnd their names added to the list anyway – spent their days receiving severe newbie beatings and a meagre pilot training, and their nights struggling to keep their heroic romanticism intact. Ichizo Hayashi wrote in his diary: “It is easy to talk about death in the abstract, as the ancient philosophers did, but it is real death I fear. [Japanese military personnel] are killing infants and innocent civilians in China…  but there is no more time for me to escape.”
A good many pilots adopted the views of their new comrades and superiors, their writings turning from poetry and history to stereotyped and rather unconvincing anticipations of glorious and beautiful deaths. Few kept it up. They soon dissolved back into confusion and longing – for families and lovers, for release from the sheer absurdity of their situation.
It rapidly became too much. Pilots drank and rioted in their barracks, or took their good-luck sashes – each one crafted intricately from a thousand civilian stitches – and burned them in disgust. At least one pilot strafed his own base shortly after taking off for his ﬁnal ﬂight. Many kamikaze sabotaged their planes or deliberately steered them into the sea, well short of their targets.
In the end, the kamikaze strategy proved nowhere near as effective as hoped. Early attacks enjoyed the element of surprise, but once the Americans knew what to expect and had their radar systems operational, heavy and barely manoeuvrable planes made for pitifully easy prey. Nearly 4,000 pilots died, against the loss of 40 or so American ships. If anything, the missions made things worse for Japanese at home. Resistance on islands such as Saipan and in the skies near the mainland helped convince the Americans that the secret weapon they were developing in the desert of New Mexico might be the only way to end the war. Hiroshima and Nagasaki were among the cities being spared conventional bombing for the time being, the better to assess the new weapon’s power. 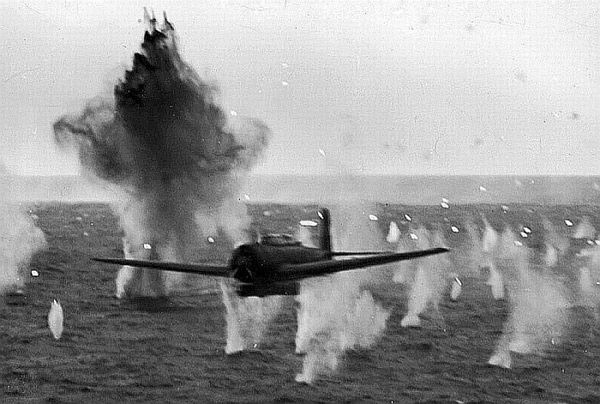 No one knows how 12 April 1945 really ended for Ichizo Hayashi. But this is how it began. Alongside the rising sun headband and the pure white scarf that formed the legendary attire of the kamikaze pilots, Hayashi stepped into his plane carrying three things: a Bible, a copy of Søren Kierkegaard’s The Sickness Unto Death, and a photograph of his mother. The two of them were Christians: the ﬁnal layer of meaning – of inevitability – about the war and Hayashi’s unsought part in it was that, in his last words to his mother: “All is in God’s hands”.
“This is like a dream,” he wrote. “Tomorrow, I am no longer alive. Those who went on sortie yesterday are all dead – it doesn’t feel real. I wonder if I will be allowed to enter heaven. Mother, please pray for me. I cannot bear the thought of going to a place where you will not join me later.”