Hello Everyone! Today, I will be sharing to you another amazing Korean Drama. This drama is one of the Best Historical Dramas I have ever seen <3. The title of this drama is LOVE IN THE MOONLIGHT or MOONLIGHT DRAWN BY CLOUDS starring Park Bo Gum, Jung Jin Young and Kim Yoo Jung. I highly recommend this drama if you really like romance and comedy and also because this is one of my personal favorite Korean TV show at the moment. :)

After hearing about this drama from my friends I thought it was the same with the other dramas where the lead actress pretends to be a boy because he likes someone in an all Boys school or what-so-ever (hehe) but it isn’t. In this drama the lead actress lived as a boy all her life because of a particular reason which I will be sharing to you below. And this drama is also interesting because it really makes you wonder why such things happened. Some parts are predictable but there are other parts that will really be shocking and will give you goosebumps ;) So please continue reading this blog to get further information and to know more about the flow of the Story. And also one of the best things about this drama is their Soundtracks and I will be sharing it below so please check it out.

LOVE IN THE MOONLIGHT OR MOONLIGHT DRAWN BY CLOUDS 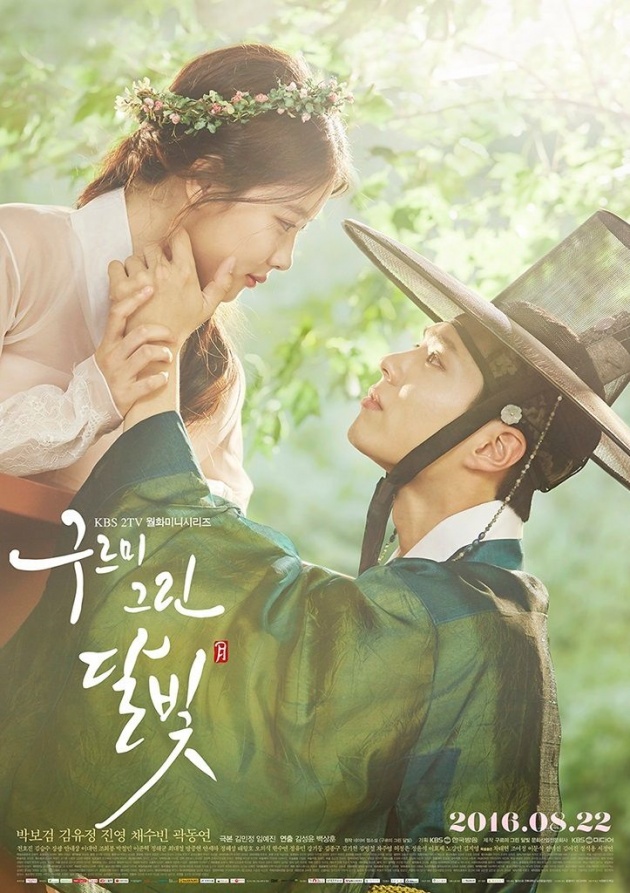 This is a South Korean Drama that was aired on KBS2 every Mondays and Tuesdays at 22:00 Korean Standard Time. It aired from August 2016 until October at the same year. This Korean Drama was based on a romance novel written by Yun Yi Su entitled "Moonlight Drawn by Clouds". This Drama was directed by Kim Sung Yoon and Baek Sang Hoon and was written by Kim Min Jung and Im Ye Jin.

Love in the Moonlight starring Park Bo-gum, Kim Yoo Jung, Jung Jin Young, Kwak Dong Yeon and Chae Soo Bin. This dramas genre are Historical, coming-of-age and Romantic-comedy. This drama is consist of 18 episodes with more or less than 60 minutes per episode.

PS: This Drama is currently airing in ABS-CBN here in the Philippines. :)

LOVE IN THE MOONLIGHT TRAILER

Authors Note: For me this trailer isn't that nice but try to watch the other trailer and you will really be curious of what will happen next :)

SUMMARY OF THE STORY

Love in the Moonlight is a palace romance drama focused on the Crown Prince Lee Yeong which is played by Park Bo Gum and a girl pretending to be an eunuch which is played by Kim Yoo Jung. In this drama Hong Ra On lived her life as a boy without knowing the reason until after 18 years of her life. She lived as a boy because her mother wanted to protect her from the people that are chasing them. The people that are chasing them are the Royal guards from the Palace because Hong gyeong Nae, Ra On's father committed treason against the Kingdom. But Hong Ra On never knew her father until after 18 years of her life. So find out what will happen to Hong Ra On's Life and what will happen between the Crown Prince and her. Will be giving the link of the Full episodes of this drama below! :D

Eunuch generally refers to a man who has been castrated, typically early enough in his life for this change to have major hormonal consequences. And they are working in the Palace. 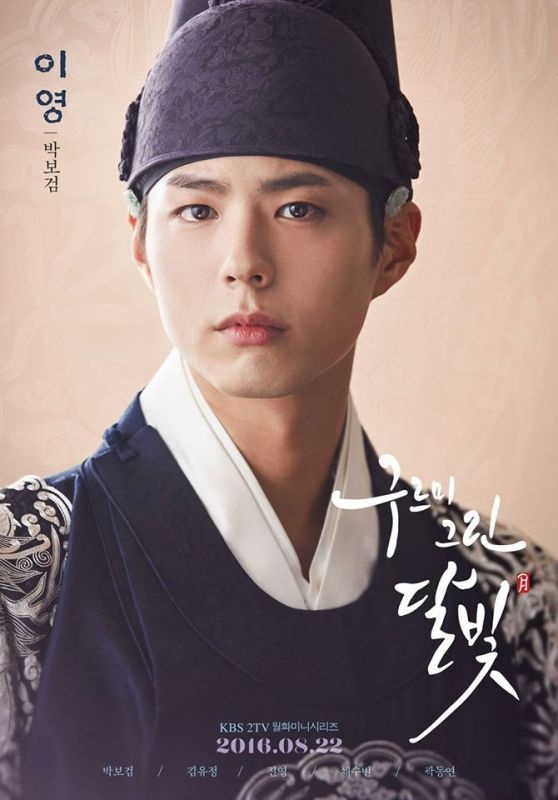 Crown Prince Lee Yeong is the only son of the King. He is a smart and mischievous prince. Most of the servants dislikes him because he is unpredictable. At first he doesn’t want to be a King, but in order to help his father the King and to save their kingdom he is willing to be one. He is inlove with Hong Ra On which is the daughter of a Traitor. 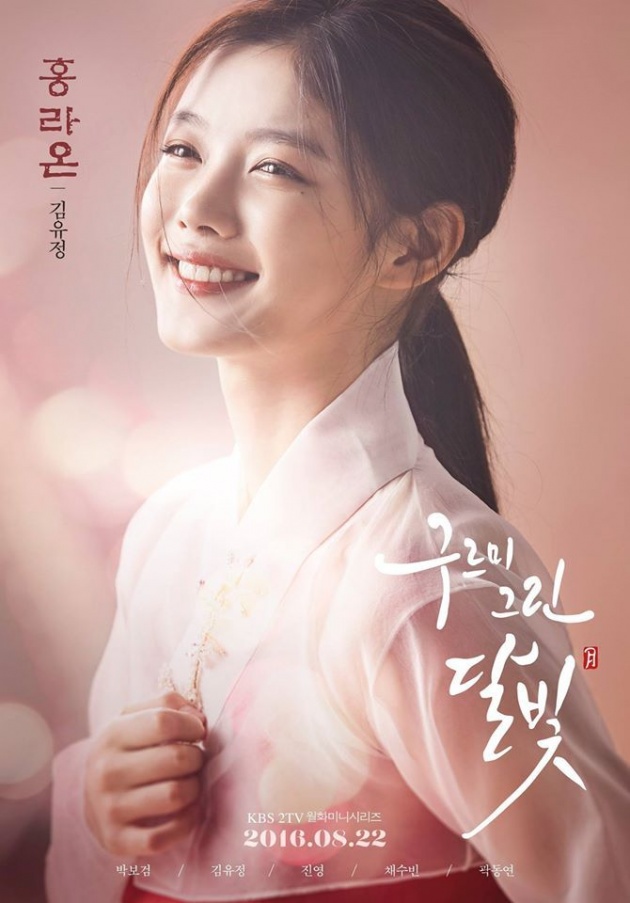 Hong Sam Nom is Hong Ra On's male name. She disguises herself as a male because that's what her mother told her since she was a child. She is a male relationship counselor and later she became a eunuch in the palace because of a certain reason and was assigned to be one of the Crown Prince's Eunuch. 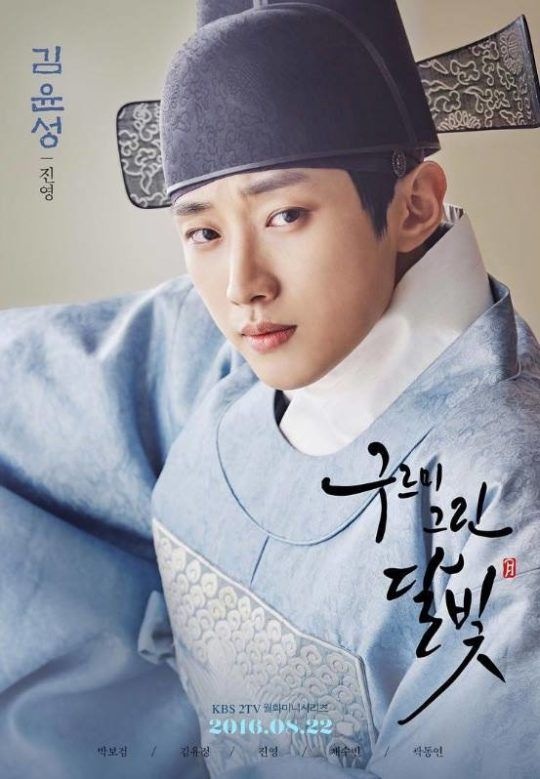 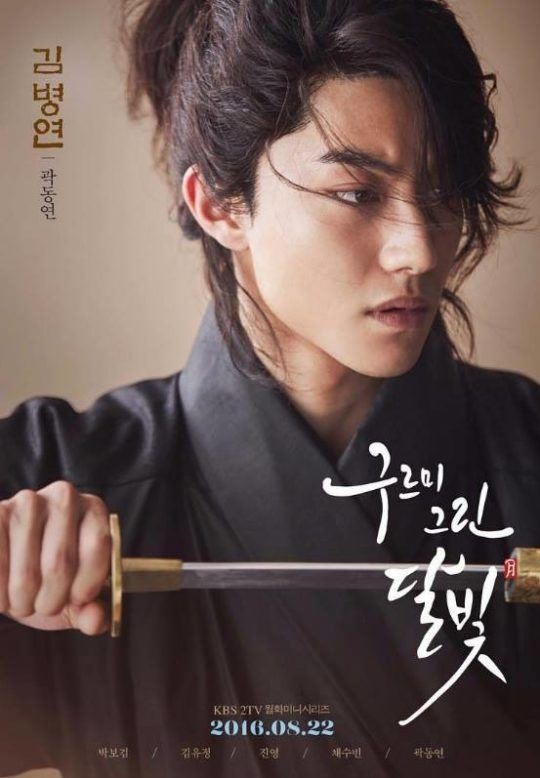 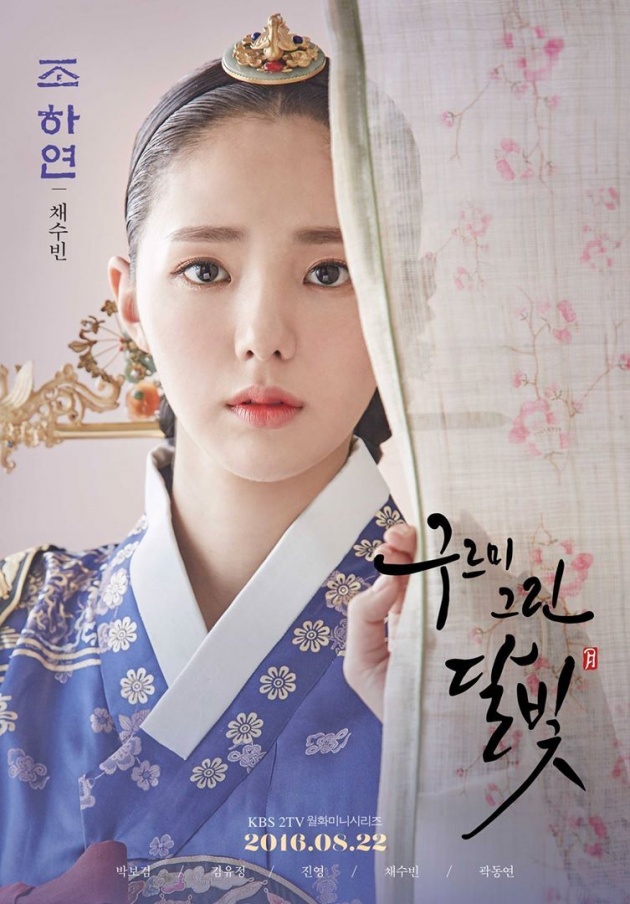 Jo Ha Yeon is a straightforward person. She has a one-sided love with the Crown Prince. She is the Daughter of the Influential Minister of Rites. Later she was chosen to be the Crown Princess but the crown prince didn't want to marry her because he has someone else in his heart.

He is a South Korean Actor and was born on June 16, 1993. He gained recognition in the dramas "Hello Monster" with Seo In-guk, Jang Na-ra and Choi Won-young and in the Drama "Reply 1988" with  Lee Hye-ri, Go Kyung-pyo, Ryu Jun-yeol and Lee Dong-hwi on 2015 and in this Drama "Love in the Moonlight". Park Bo Gum is under Blossom Entertainment.

She is a South Korean actress and was born on September 22, 1999. She debuted as an actress on the year 2003 and she became one of the best known child actresses. She participated in the Dramas "Moon Embracing the Sun" and "May Queen" on 2012 and "Angry Mom" on 2015.She received her first award as "Best Child Actress" way back 2008.

He is a South Korean Actor, Singer, song writer and a record producer. He was born on November 18, 1991.He is a member of the Boy group named B1A4. He is the Leader and the Lead Vocalist in their Group. Their are Five members in the group including him, the other four members are CNU, Baro, Sandeul and Gongchan. He is under WM Entertainment.

He is a South Korean Actor and a Musician. He was born on March 19, 1997. He participated in the Dramas "Inspiring Generation" on 2014, "Adolescence Medley" on 2013 and "Modern Farmer" on 2014. Kwak Dong Yeon is under FNC Entertainment.

Author's Note: This is my favorite part! the Dramas Official Soundtracks!! Make sure to listen to these songs because it is really nice. :)

LOVE IN THE MOONLIGHT OFFICIAL SOUNDTRACKS

LOVE IN THE MOONLIGHT GALLERY 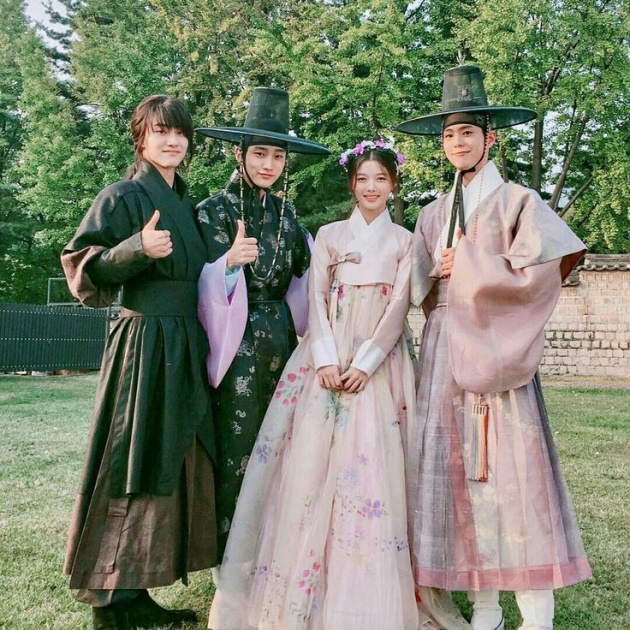 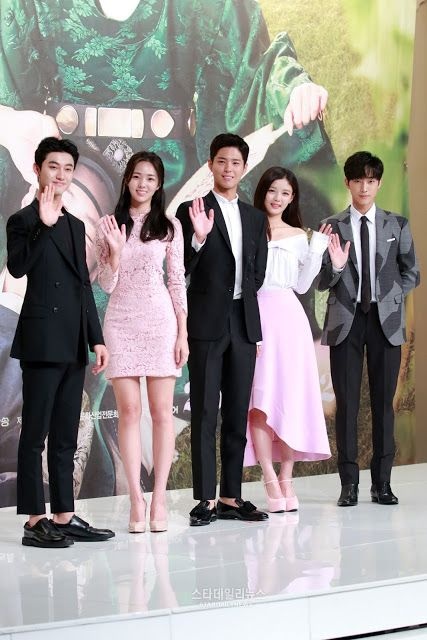 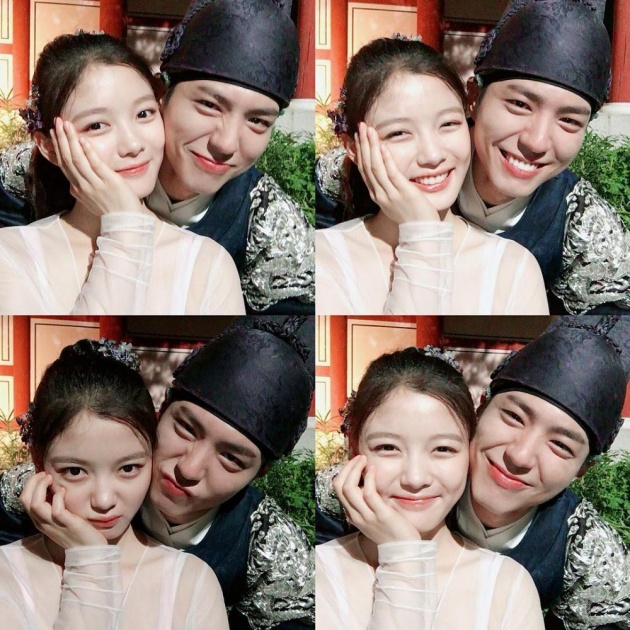 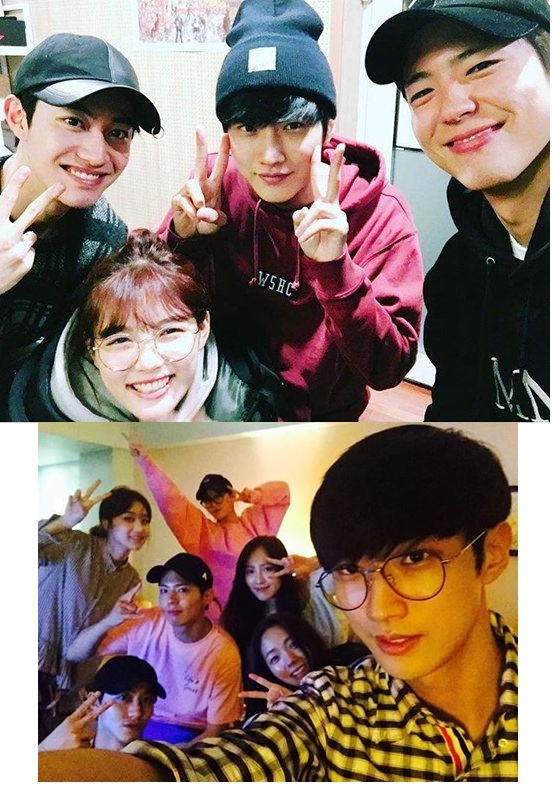 Honestly, In this Drama I liked the second male lead which is Jung Jin Young more than the Male Lead haha :) Let me know if you're Team Park Bo-Gum or Team Jung Jin-Young in this Drama! :D

So my blog ends here, Hope you enjoyed reading and Hope you'll watch this show!

Meanwhile, please try to participate in the Querlo Survey Chat below, although my blog is about TV Drama Series but it is still under entertainment, I'm sure you'll learn a lot of things after participating this survey chat powered by Querlo, a chatbot with a human touch.