Liberland is “To live and let live”

Free Republic of Liberland (hereinafter “Liberland”) is a sovereign state located between Croatia and Serbia on the west bank of the Danube river. The nearest towns are Zmajevac (Croatia) and Bački Monoštor (Autonomous Province of Vojvodina, Serbia). On some maps, this area is referred to as “Gornja Siga”.

Liberland came into existence due to a border dispute between Croatia and Serbia. This area along the west bank of the Danube river is not claimed by Croatia, Serbia or any other country. It was therefore terra nullius, a no man’s land, until Vít Jedlička seized the opportunity and on 13 April 2015 formed a new state in this territory – Liberland. The boundary was defined so as not to interfere with the territory of Croatia or Serbia. Its total area of approximately 7 km² is now the third smallest sovereign state, after the Vatican and Monaco. For more information regarding the border dispute between Croatia and Serbia see an article on Wikipedia.

The motto of Liberland is “To live and let live” because Liberland prides itself on personal and economic freedom of its people, which is guaranteed by the Constitution, which significantly limits the power of politicians so they could not interfere too much in the freedoms of the Liberland nation.

Who is needed in Liberland?

have respect for other people and respect the opinions of others, regardless of their race, ethnicity, orientation, or religion
have respect for private ownership which is untouchable
do not have communist, nazi or other extremist past
were not punished for past criminal offences 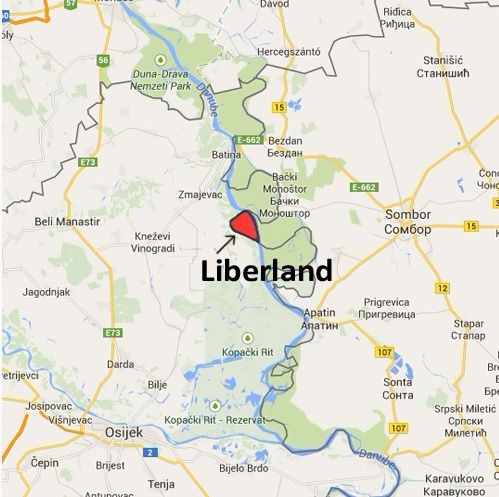 14 Reasons Why Pakistan Is The Worst Country In The World

1. Pakistan is full of ugly people. Why would you want to live around people who look like this? 2…

An enthusiastic door-to-door vacuum salesman goes to the first house in his new territory. He knocks…

Are You in for the Boycott China Movement?

Image courtesy: Mine Good morning, bitsters from all parts of the world, especially my fellow Filipi…