Okay, let's be real for a moment.  I grew up in an era before digital cameras, GPS units, or even email.  Not sure if that's old school or not, but I hope to challenge some old school theories about manhood in the following passage.

If you are like me, you were probably taught that a man is supposed to take care of a woman; that sounds good, right?  In fact I have often heard that the true measure of a man is someone who can take care of his family.  That generally means that a man should provide financial support, safety, and emotional stability to his significant other.  But some men also translate that to also mean that one should never ask for help or let his guard down when he is unable to provide these things to his significant other.  Now, a lot of pride goes into this, but I will get back to that later.  Let me focus on how men are raised for a moment.

Since birth, we have been told repeatedly that we are the caretakers.  When we played "house" with our first little girlfriends, we were given our pretend briefcases and we headed out to our make-believe jobs, while our wives stayed home and cleaned the make-believe house.  Images on television reinforced this for us, whether it was Fred kissing Wilma on the way to the quarry or Weezy welcoming George home to their Deluxe Apartment with a drink from a crystal decanter.  The television, a babysitter for some of us, taught us that men went out and earned the money and women stayed home or had menial jobs that really weren't that important in the grand scheme of things.  The problem with these examples is that they were not only unrealistic, but they also taught us dysfunction.  We need to reevaluate our roles, not as men and women, wholly separate from one another, but as team, supporting one another.

When a man can provide a comfortable life for his family, he gains a certain level of pride.  He can show off the new car, invite his friends into his man cave, and even tell them about the anniversary trip to Cozumel that he is planning as a surprise for his significant other.  Now there are some guys who will allow a woman do everything for them financially.  They will even take advantage of their good nature or naiveté.  However, I will address that in another blog entry at a later date.  When a man’s ability to provide for his family is threatened, either through job loss or some other unfortunate circumstance, he will likely have a huge internal struggle.  How can he ask his significant other for help, when, throughout his entire life, he has been told that his pride is more important than anything else?  Forget asking for help, many men will confide in others, before they will confide in their significant other about economic problems.  We can become withdrawn, refusing to talk about certain things.  We can get easily angered about how much gas prices have risen.  We will even act like two year olds when we have to talk about planning things that involve spending money.

Imagine the following scenario: A man and his significant other have been invited out to eat at a fairly pricey restaurant with friends and relatives.  Before going out, he knows that things are a bit tight financially.  Instead of telling his significant other, he you would rather start a fight or fake an illness, so that she doesn’t want to go out.  When that doesn’t work, he acts like a toddler at the restaurant, constantly stating that “this place isn’t that good and I read a horrible review about it.”  As he peruses the menu, he's thinking to himself, “Wow, this place is really expensive.  I will just order an appetizer and water.  I hope my baby gets the message.”  Then he announces to the entire table, “I am actually not that hungry.  I ate right before we left the house.  I think I’m going to get something light.”  In his mind, he's thinking about how expensive the restaurant is.  If he had just said something to his significant other before going out, he could have avoided this dilemma and the possible embarrassment.  Instead, he let is pride determine his actions.

The point here is that we will do everything to show that we don’t want to swallow our pride, but we won’t speak up to help our significant other understand that we may need their help.  In reality, women are perhaps the most intuitive creatures on earth.  They can read between the lines and interpret our actions to see exactly what is going on.  Be honest from the beginning and you will avoid an argument and a lot of hurt feelings and later on.

So let’s come up with a plan to ensure that a man's pride stays intact and that he communicates his feelings effectively.  The first piece of advice is for the fellas.  If you’re in a serious relationship, be open and honest.  Let your lady know when things are good and when things are bad.  If she is a true partner, she will have support you through thick and thin.  Moreover, she will probably be able to tell something is wrong when your behavior changes.  Don’t become a brat or an ass.  Tell her straight up that this may not be a good weekend to treat her friends and family to dinner at Chez Maurice’s (Martin reference).  If she insists and states that she will help out, then go out and enjoy yourselves.  Give your lady a chance to love you and care for you without feeling like you are sacrificing your pride, ego or manhood.  You guys are a team, live life that way.

Now ladies, my second piece of advice is for you.  We men need our egos stroked and our feelings assuaged from time to time.  If you sense your man is acting out because he may be temporarily broke, say something that may ease his stress.  Tell him you have his back no matter what.  If he comes to you and tells you that he may not be able to go out to an expensive meal with you and your friends, you can handle it in two ways. The first way is to postpone the meal for a weekend when he is more financially stable, without embarassing him by telling other people it's because he is broke. The second way is to tell him it’s okay and that you will cover it.  On the way there, agree on a plan, so that you both can go to the ATM, get cash and allow him to pay as if all is well.  His manhood will be intact and your relationship will prosper for the better.  Isn’t honesty great? 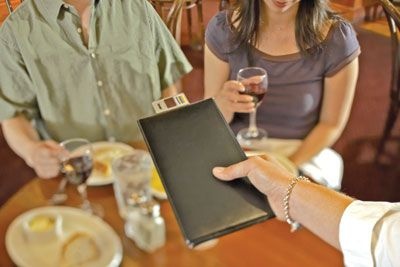 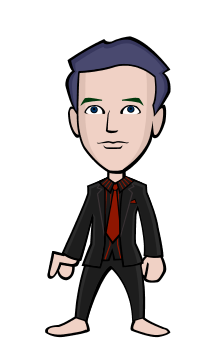