Mildred Hoyt, “Mid” to her friends, left this world and went to rest in the arms of Jesus at the age of 97. She was born December 24, 1899. Imagine what her eyes saw, the changes that transformed this world of ours—it’s staggering if you think about it. If we were sent to another land, would we experience any greater change than Mid did during her lifetime? Two world wars, not to mention several smaller ones, the advent of cars, planes, electricity, radio, television and, yes, computers and the Internet. The list could go on for more pages than a New York City phone book

Spending time with Mid left one with a longing . . . a longing to return to a different time. A time of simplicity, a time for family and community. A time when doors were left unlocked and neighbors would drop everything and help you rebuild a barn. A time when family and faith reigned supreme.

Perhaps a similar longing prompted a group of foreigners to accompany the Israelites out of Egypt. They were non-Hebrews who followed the Hebrews’ God. So when the Hebrews left Egypt, they weren’t alone, as “many other people went up with them” (Exodus 12:38). These people just didn’t fit in Egypt anymore. They longed for a life that honored God. They had seen God’s power and wanted what he offered. They left families, homes, businesses and country.

God honored their determination by protecting them with this commandment, reminding the Israelites that they, too, had once been residents of a foreign land. God reminded them of the harsh treatment they’d endured so they would treat the others as they would want to be treated—the Golden Rule in the wilderness. Who are the foreigners today? Perhaps one is the neighbor who admires your faith and with a little encouragement would come to church with you. Perhaps another is the store clerk who notices the little cross around your neck as well as your kindness and patience. Perhaps the foreigner is someone at work whose lifestyle you would not choose, but who might be drawn to God through your gracious attitude. The challenge is to live the Golden Rule in the wilderness of life. Don’t treat the foreigners as strangers, but treat them as you would one of your friends or family. Treat the foreigners in your life to a taste of God’s love. 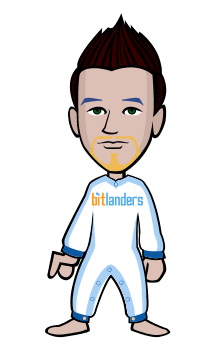