Have you ever wondered how much your brain is capable of? Do you know that you can do so much more than you think you could? I know you have heard of psychokinesis and other superhuman powers. If you are interested on this topic I am 100% sure you'll enjoy this film I will be writing about next—Lucy. 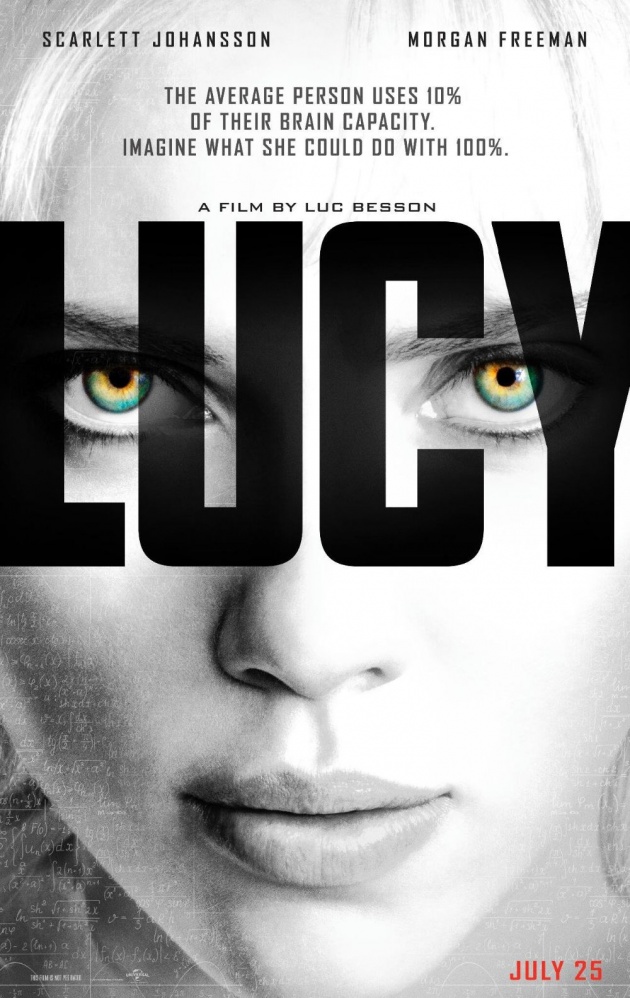 Lucy is an action, sci-fi, thriller film directed by Luc Besson, produced by Virginie Besson-Silla, and distributed by Universal Pictures and EuropaCorp Distribution. The screenplay was also by Luc Besson himself. The film was released on the 25th of July 2014.

Lucy won an award for the "Worst Foreign Director" at the Yoga Awards last 2015. (I'm not sure if that's an award you can be proud of.) The film, however, was nominated of several prestigious film awards like Alliance of Women Film Journalists, Golden Trailer Awards, Jupiter Award, and MTV Movie + TV Awards to name a few. (See the complete list of nominations HERE.)

Lucy is an American girl studying in Taipei, Taiwan who met a guy named Richard one night while partying. One day, the two met where Richard asked Lucy a favor to deliver a briefcase to Mr. Jang. Lucy was reluctant to do the favor even though she was offered $500 because it felt very sketchy, but she had no choice until Richard locked her hand on the briefcase with handcuffs. She then went inside and was shocked when she saw Richard shot as Korean gangsters got her and brought her to Mr. Jang. 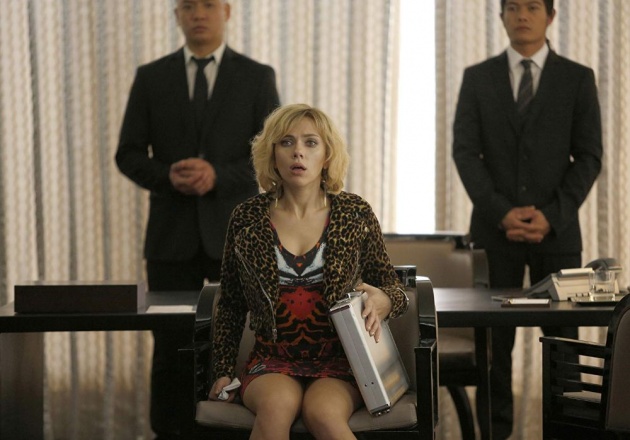 The Korean gang leader offered her a job but she was knocked out when she refused the offer. Upon waking up, she learned that a pack of drug named CPH4 was embedded on her stomach area. A few other victims like her were gathered and told their mission as a drug mule and threatened them that if they turn themselves to authorities, their lives and even their loved ones will be put in danger.

Each of them were brought out the building separately. Lucy was brought to a facility where a man kicked her stomach several times causing some amount of the drug to leak inside her body. Her body then began reacting to the drug, with the limits of the brain broken. She smoothly killed her abductors and headed to a hospital to have the remaining drug on her stomach removed. Her senses were heightened, she felt powerful, and felt no pain. The doctor explained that the drug that was inserted in her body is called CPH4, a substance developed in small amount by pregnant women to help the fetuses have energy to develop. He was surprised that she was still alive after a huge amount was absorbed by her body.

After getting the pack out of her body, she went back to Mr. Jang's lair to know where the other drug mules are headed to. With her new superhuman powers, she swiftly killed Mr. Jang's men and retrieved the information by going into Mr. Jang's memory. She went back to her apartment, researched about her condition, and contacted Professor Samuel Norman, a professor in Paris researching about the theory of human brain capacity. He didn't believe Lucy at first but after she hijacked the electronics around him to prove her powers, Professor Norman believed her and helped her understand her case.

Lucy called the police head, Pierre Del Rio, to go after the other drug mules before she rode a plane to Paris. While on the plane, her body began to shatter after drinking champagne. She locked herself on the restroom and consumed CPH4 to restore her body. Arriving at Paris, she went to a hospital together with Pierre to retrieve the other packets of CPH4. Successfully getting the remaining packets, they went to Professor Norman and his colleagues to share everything she knows after unlocking her brain's full potential.

After a while, she sensed Mr. Jang and his men approaching the building so she warned Pierre to protect the area. Lucy sat and began explaining how she was able to access such immense knowledge about all the information and told that time is the true unit of measure, and that we don't exist without time.

As Mr. Jang and his men approached their room, Lucy commanded the scientists to inject all the remaining CPH4 through intravenous drip to give her knowledge to the professor and his colleagues. As the CPH4 got to her veins, her skin began to turn black and her fingers went deformed extending from her body like a tree's roots and connecting to the computers and other devices to look for energy. She then began to time travel, seeing the world flash in front of her eyes as it go back in time. She met the oldest ancestor of mankind who has the same name as her. Lucy extended her hand and the other Lucy extended hers as well, having the tips of their forefingers touch each other. In a split second, Lucy was thrown out to the universe and witnessed the Big Bang.

Just as Mr. Jang could pull the trigger to Lucy, Lucy reach a hundred percent of her brain's potential causing her body to crumble and disperse to space. Pierre shot Mr. Jang and the black liquid thing which came from Lucy brought out a flash drive containing her knowledge. As Professor Norman got the flash drive, Pierre asked where Lucy is. He then received a message from Lucy through his phone and told him that she is everywhere. 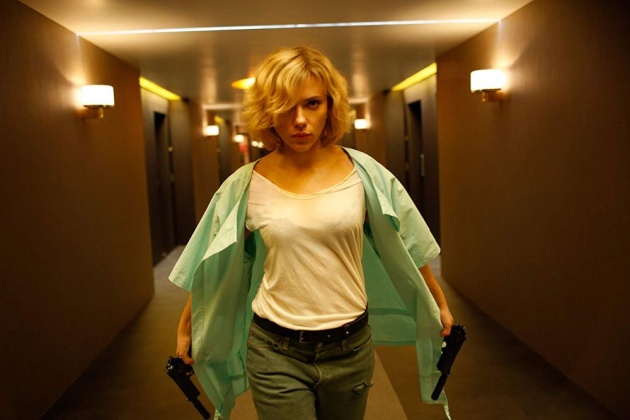 Well, I certainly love how cool the slow motion effect was when Mr. Jang's right-hand man caught the bazooka-like weapon mid-air and shot the door of the room where Lucy was. Then putting the shot behind while the right-hand man slid on the floor like a rock star. The shot immediately zoomed in to Lucy's eyes then going back outside the room, in front of the man to show the bullet coming out of the weapon. It was so cool. Of course, the close up shots of Lucy's face showed her nervousness in the beginning of the story and seriousness after unlocking her brain's potential. The top view long shot of Mr. Jang's dead body at the end of the film was also an impressive shot. 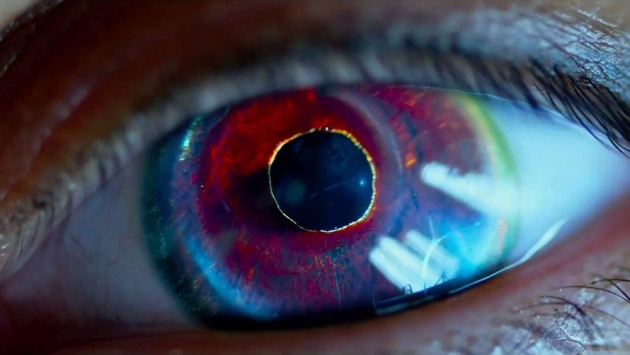 The film clearly used tons of effects to bring out its story. Honestly, I don't know how to begin as I just simply admired the visual effects and 3D animations on this film. I was engrossed with the universe and atoms dividing, the explosion of the drug into her system, the dinosaur, and the oldest ancestor Lucy. I also have to add the very awesome effect when the drug have taken over her body and her center of gravity was disoriented. Mr.Jang's men whom Lucy sent floating to the roof also looked awesome. On the other hand, the blood and wound makeup effects looked also amazing. It looked real.

The film has a stunning cast like Scarlett Johansson and Morgan Freeman.  Scarlett seriously nailed her role for this film. I love how she acted and her voice was quite deep, perfect for the serious and action scenes. Morgan Freeman, of course, is perfect for the role as a professor. I've seen him a few times on some movies and my attention would always go to his clear speaking and deep voice.

First of all, Lucy wouldn't be caught on trouble if she hadn't met or talked to Richard. Thinking of what happened to Lucy, I realized that we shouldn't talk to strangers or give them our full trust. We don't know their history and what they're up to. I know we all know it's dangerous to mingle with people we don't completely know, right? So carefully choose who you talk to or who you trust. And refrain (or maybe just don't go) from going out partying on clubs or bars.

■ WE HAVE LIMITLESS CAPABILITIES

The power we can have when we break past our brain's limits had been a long topic already and Lucy is here to remind us of that again. It has been said that humans can only access 10 percent of their brain. Can you imagine how much we can be capable of when we have unleashed the remaining 90 percent? We could have all those superhuman powers Lucy have in the film. Psychokenesis, time travel, levitation, invisibility, super strength, telepathy, and a lot more. We are limitless.

■ OUR MIND IS POWERFUL

With the limitless capabilities of our brains, this only means that our mind is very powerful. Remember the Buddhist saying, "What we think, we become"? This is definitely true. How we think will certainly affect our future, so carefully choose what thoughts would you allow to linger in your mind. If we think positive thoughts, we would have a happier and better outlook in life. But when we allow negative thoughts to consume our minds, we might succumb to depression and develop a chaotic mind. Going back to human super powers, you just might unlock some of it if you focus and train your mind. Sure, it's not easy and I don't know how or if there are other ways (I wish I knew), but I am pretty sure gaining such powers is possible and it is not a myth since there are some people who have already unlocked some. Just don't use CPH4, okay? By the way, the CPH4 is not a drug but a natural molecule produced by pregnant women for the fetus and is also the same molecule contained in an atomic bomb. (Sorry I can't explain much about chemicals and such because I'm not a chemist and I suck at my Chemistry subject during high school.)

Lucy is a very entertaining film that makes you question and desire about our brain's potential. Wouldn't it be awesome and convenient to have super powers? If I had Lucy's powers I would never miss reading people's minds to know what they truly think of me, go invisible, time travel, fly in the air, and play with telekinesis. However, I also think that only accessing 10 percent of our brain is also good for all of us because if everyone unleashes the 100 percent brain power then our world will surely go down in chaos if people would use it for evil reasons. Just as they said, "With great power comes great responsibility."