We often see, watched and heard of stories of "rags to riches" or "cinderella-like" types. This story which was posted by no other than Facebook CEO himself Mark Zuckerberg may not exactly those kind of stories but on some aspect being "inspirational" makes them something to have in common.

This is a story of a Filipina girl, shared by Mr. Zuckerberg on his Facebook account, that caught attention of many Filipinos and it went viral. He was inspired by the hard-work this woman had and her determination against all odds that amazed the social-media giant.

Her name is Riza Mae Tachado, a simple young woman who lives in the small island of Malalison in Culasi, a town in the province of Antique, Philippines, wherein collecting seashells is the only job available for woman, who despite many challenges in life didn't stop her in attaining her dreams through hard-work and determination. Since she has greater goals in life, she pursued studying Computer Science to make her and her family life's better. 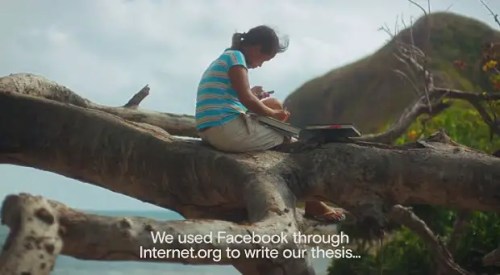 She traveled by boat daily to get to the mainland in Panay Island to attend school. However, when she was working on her thesis, a strong typhoon struck their island compelling her to not attend her classes for several weeks. Fortunately, Riza and her classmates have found way through Facebook's internet.org - a Facebook-led initiative that provides free basic apps and affordable internet access for people who can't go online. She used her mobile phone to communicate with her thesis-mates, it had become their classroom to be able to communicate with each other.

With Riza's determination and perseverance, she able to finish her thesis and was able to graduate. She's the first in the family to gain degree in Computer Science. 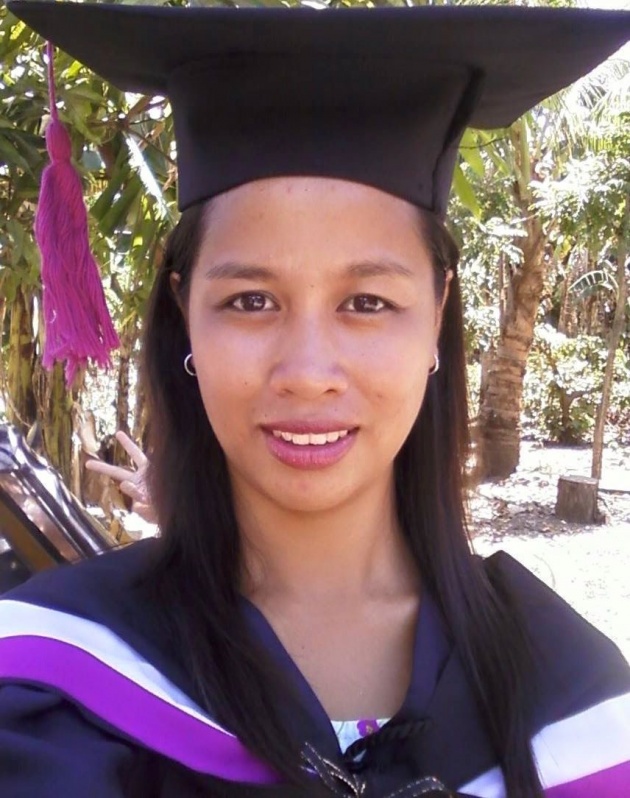 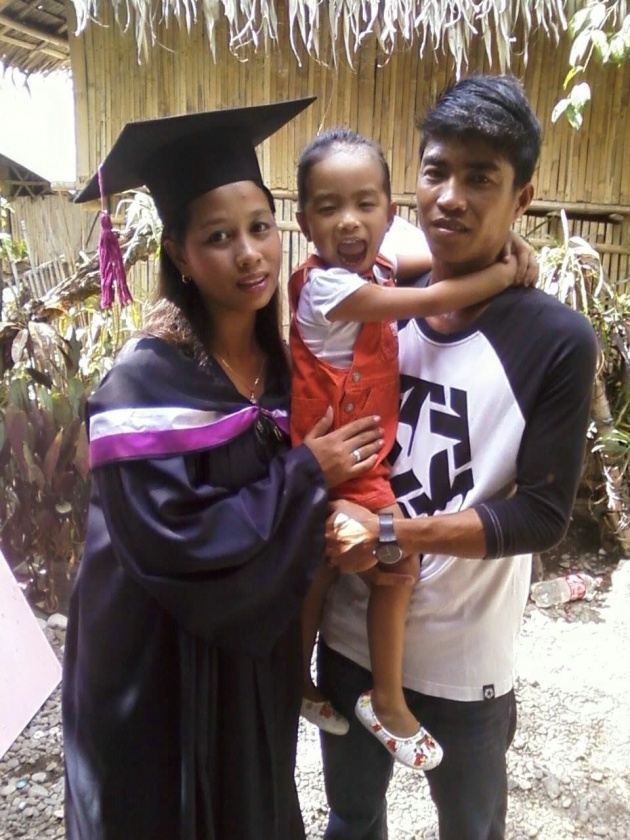 ( Riza Mae with her daughter and husband during her graduation day )

One of the many comments posted about the post is from Mr. Renee Gertjejansen Briscoe who suggested that Mark should hire her and it was responded by Mark that it was a good idea.

Thanks to Facebook's internet.org, with most places in the Philippines that couldn't connect to the world, this platform had brought great help for those who can't afford postpaid internet connection. This had bridged the gap and became a network for people to connect to. Internet.org provides free data connectivity through several service providers in the Philippines, like Globe Telecom, Smart Communications and Sun Cellular.

All my photos are mine and created by yours truly...