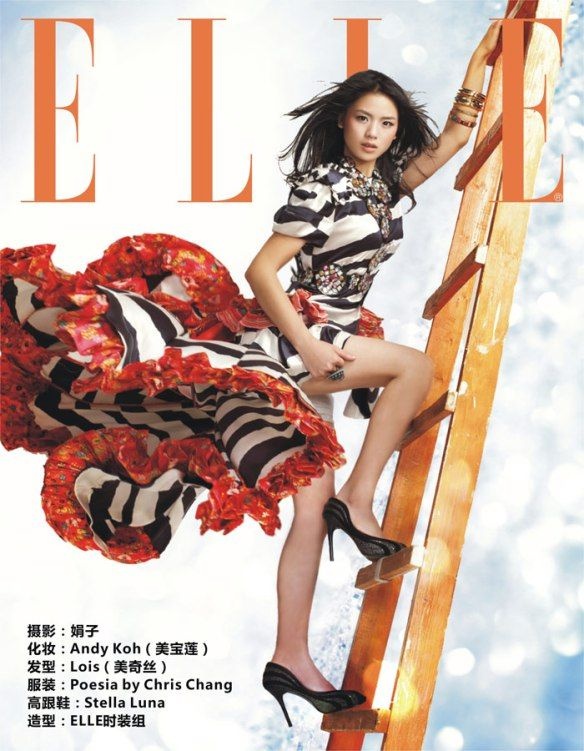 High ratings, ton of eye candy, adorable theme and an exciting scriptwriter made both Meteor Shower and Super Girls a success this year.

Both reached about the rating of 3.0 (over 60 million viewers) at their latest, and both have had an upward slope of viewership. Meteor Showers peaked at about 3.1, and Super GIrls had 3.46 last week (70+million). And that’s not counting the number of people who watched it through other devices (Super Girls last week had over 100 million users watching it on PPLive)

When revisiting this summer, Chen Chusheng’s lyrics come to mind – “this winter(summer) did not bring me any surprises.” There were small things along the way that were unexpected, but for the most part, GBS (Golden Eagle Broadcasting System, aka the Hunan Broadcasting Company that owns eeMedia and Hunan TV) delivered to the best of their abilities. There were no breakthroughs, only GBS doing its best.

It’s true that this year’s Super Girls did not discover neither the talent nor the fans of 2005, and Meteor Shower is far from the classic Princess of Returning Pearl. But those were miracles, an unexpected, perhaps even undeserved gifts for GBS and their audience.

Yet this summer was something different. Almost every “lol,” every “OMG,” every tear, every viewership of the audience was due to careful planning and hard work by the staff. Hunan and eeMedia is growing. They are no longer the magic box that may or may not bring surprises, but a group of people that carefully plans and achieves their success.

This summer did not have a miracle that we all long to have, but it also proved GBS’s strength and ability. It’s something to be trusted, and we can definitely expect more quality works from them.