Michael J. Casey Of The Wall Street Journal Gives Insight Into His Newest Book That He Co-Wrote, Interview by Matthew Gudwin 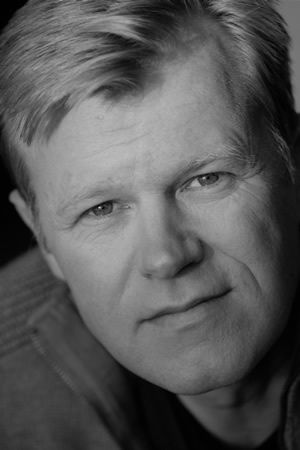 The following is a brief interview that I was able to conduct with Michael J. Casey from the Wall Street Journal. Michael, along with Paul Vigna, are set to release this book, The Age of Cryptocurrency: How Bitcoin and Digital Money Are Challenging the Global Economic Order, in January. The book they are releasing is important to modern global finance with the emergence of Bitcoin. I hope you enjoy this interview as it is insightful and informative.

Matthew: What inspired you to write this book?

Michael: Wine and conversation. Paul had the original spark of an idea to write a book about  bitcoin. It was a topic that I was just starting to get interested in, having recently attended an illuminating media dinner sponsored by Circle Internet Financial and for the first time recognized that bitcoin had real potential. So, I was keenly interested in Paul’s idea from the start and suggested he join me for a drinks engagement with my book agent, Gillian Mackenzie, with whom I had just happened to make arrangements for a meeting. I figured she’d also be intrigued by the idea. That evening, over a few wines in a New York bar, the conversation flowed and the three of us realized like never before the sweeping implications of the cryptocurrency revolution. It was clear that a book needed to be written about this, not just to explain the workings of bitcoin but, more importantly, to place it in the historical context to which it belonged. I specialize in covering global economics and right then, at that moment, I understood how this technology had the far-reaching potential to transform the international economy. At that point, I knew that I too wanted to be a part of this book. So, we agreed to work on it as a team.

Matthew: What’s the best possible outcome that can happen from people reading this book?

Michael: I hope that people grasp the core notion of technological potential. I want people to be able to set aside the distracting headlines about bitcoin’s volatile currency price and the various scandals and titillating news of this or that merchant accepting it for payments and simply comprehend that this technology opens the door to enormous possibilities. For the first time, we have programmable money. I want people to recognize that in the current financial system there are powerful rent-seeking gatekeepers who, in return for performing a key role as arbiters of “trust,” take a little piece of almost every transaction in the global economy. And I want those same people to have the epiphany I had and to comprehend that we now have a technology that can bypass those rent-seekers – the bankers, the money transmitters, the brokers, the trustees, the notaries. I want people to understand how the decentralizing capabilities of cryptocurrency are solving the centuries-old economic problem of centralized trust and how that could empower the little guy and unlock trillions of dollars in hitherto suppressed economic activity.

Matthew: Many women face inequality on many levels around the world and specifically in Afghanistan.  Is it too soon to suggest cryptocurrency could significantly impact these women without banks accounts or it is already happening?

Michael: It’s certainly not too soon to suggest that cryptocurrency could have a significant impact on the lives of financially excluded women around the world. It’s probably too early to say that it is already having an impact or to say with any conviction that it definitely will have a big impact in the future. But the potential is truly there. In its purest form, cryptocurrency allows individuals to effectively manage their own personal banks, all from a smartphone or personal computer. That means they can bypass the intermediaries who have traditionally stood in the middle of their efforts to exchange money and assets directly with other people. In the case of women in patriarchal societies such as Afghanistan, that list of intervening intermediaries extends beyond bankers and other financial institutions to include the fathers, uncles and brothers who are culturally assigned to establish and maintain traditional bank accounts on behalf of the women they are entrusted to protect. With bitcoin, then, women in these societies can take power over their own money. It’s one of the more compelling use cases for cryptocurrency’s potential as a solution for the global problem of the “unbanked.” Whether it will actually make a significant difference depends on how widely cryptocurrencies become accepted or that their volatility can be contained. If these women have too few places to spend their bitcoin or are forced to accept extreme volatility before transferring it into a local currency with which they can readily buy things, the advantages will remain limited. And, of course, just fixing the monetary control question won’t in itself roll back all the other ways in which they are oppressed. But having power over one’s own money is an especially empowering thing; it’s hard not to see the potential to change that as something that could make an important difference in improving the lot of women in these societies. 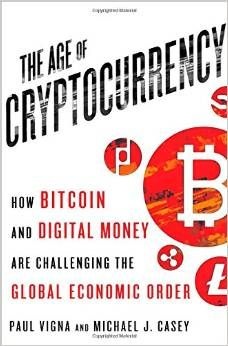 Stay tuned as we continue to learn more about the ideas surrounding Cryptocurrency, Bitcoin and its overall influence. Both of those things can help make an important and vast difference to the culture in societies where women face inequity and other issues. They can help to improve women's lives specifically in Afghanistan and the Middle East.
Here is Paul Vigna's interview.