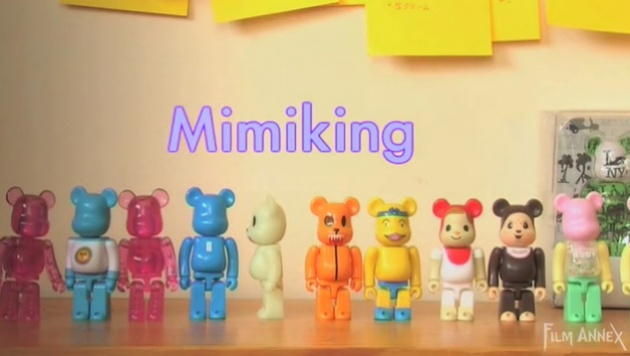 Today officially feels like Spring. Finally. And what can be a more appropriate theme to talk about than love when the weather gets warm and the birds start chirping?! Last week, I started my blog with some "bedroom" talk, and this week I'm determined to continue the conversation with love and its wackiness. For this week's Wacky Tuesdays video, I chose Mimiking - A Japanese Love Story directed by Matt Pastor. The film screened in Cannes Film Festival in 2009 at the Short Film Corner, and now it's being showcased on Film Annex's online film distribution platform. Moreover, it contains pretty much everything I love: Pockys, a Rubiks Cube, cool shoes, rocks, and of course love. It also contains heartbreak, which I don't love.

In this 10-minute short, we get a glimpse into the world of Mimi, an 18-year old who is learning to cope with heartbreak. Through several flashbacks and breaking-the-fourth-wall type of conversations with the camera, we find out that Mimi moved to "this country" (presumably, the US) to learn the language and the culture, but she never thought she could also learn about love. Well, that's when she met Kingston and fell in love. The kissed, exchanged gifts, recorded each other's voices on an old tape recorder, and the list goes on... until Kingston left her. 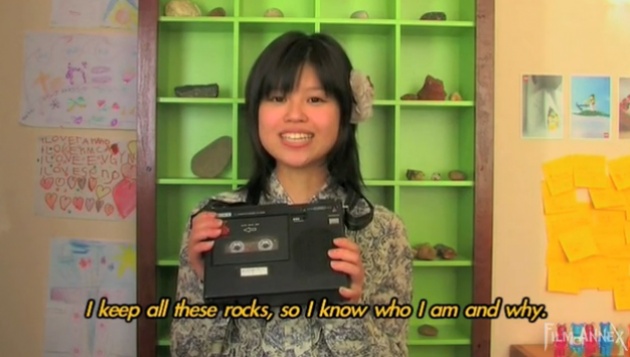 Perhaps the the most touching and "wacky" part of the film is Mimi's rock collection. "All my life, I've been a collector. And I believe collections define their owners. I have collected much over the years, some back in Japan, but I take my stone collection everywhere with me. A stone for every person that has ever hurt me." And we see the stones one by one, each representing something different: her father's infidelity, her best friend's lie, her high school crush, etc. If you want to find out what kind of stone Kingston gets, you better watch the movie.

Besides having a heart-warming, clever, and quirky story, Mimiking - A Japanese Love Story stands out with its style and colorful props. It's an extremely delightful movie, and I am pretty sure that it's entirely different from anything else you've seen lately. So, here it is! Watch it below, and stay tuned for the latest independent films in the following week!