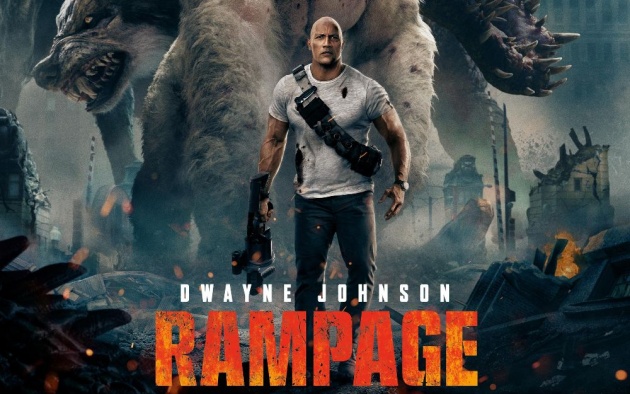 Dear Friends, I hope you are doing fine.  Today, I have come up with my another new blog which is actually a movie review of new Hollywood movie Rampage.  This is my first ever review on bitlanders.com because Micky-the-Slanted-Salerno announced that there will be higher rewards for the movie reviews, therefore, I thought I should try my luck.  I hope you are going to like this blog, I shall appreciate constructive critics' remarks which will help me to improve my reviews next time.  So, this Hollywood movie Rampage is about 3 big animals Gorilla, Wolf and an Alligator which start to grow bigger and bigger and initially people think this is happening without any apparent reason (however, it happens because of a scientific experiment which went wrong) and then these animals go on a rampage and destroy the city and everything that comes in front of them.  This movie is somewhat based on the video game of the same title and it is an action and a thriller movie, therefore, viewers who like such movies are going to have a lot of fun watching this movie. Since I am a big fan of The Rock, therefore, I like his movies. You may have another reason to watch this movie, but I am pretty sure that you will enjoy watching this action-thriller.  This film has been released in the United States on April 13, 2018 under the banner of Warner Bros.  The Director of this movie is Brad Peyton.  The cast of this movie is as under: 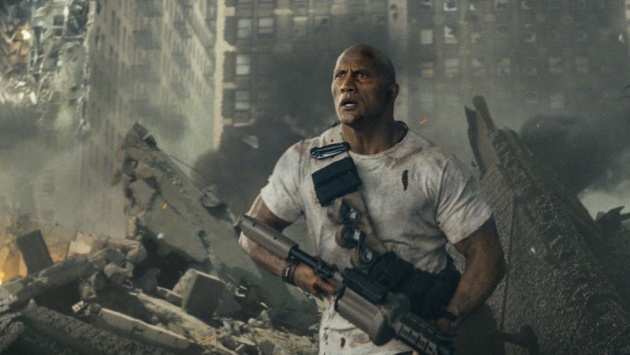 The movie starts as a lady scientist on a space station of the company Energyne is having a hard time to control few genetically engineered samples from a rebellion rat. There is fire everywhere and everyone is dead and the scientist try to control and save the virus which is a pathogen.  Thereafter, she tries to escape to earth with pathogen on a small plane called Escape Pod, she dies on the way and the pathogen drops on the earth's surface and is consumed by a Gorilla (George, in a San Diego wildlife sanctuary managed by Primatologist Davis Okoye), an Alligator and a Wolf in other different places.  After this incident, George starts to grow at an alarming rate and also shows signs of aggressions and a never ending hunger.  He then kills a bear and manages to escape the sanctuary. 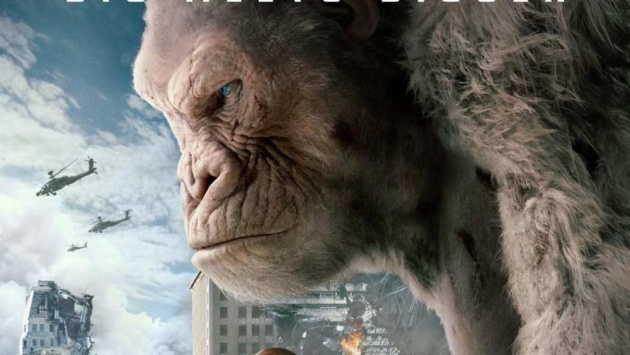 In very difficult circumstances, Geroge is captured by the Government Team under the command of Agent Harvey Russell.   They try to transport George to a safer place, however, Claire Wyden (who is a representative of the company which created this pathogen) in order to conceal her ill-motives, she uses a massive transmitter to attract Geroge who responds aggressively to that sound and as a result the plane crashes.   Davis Okoye with his friends leave the plane on parachute to save their lives.  Meanwhile, it is soon discovered that there are other similar two animals (Wolf named Ralph and an Alligator named Lizzie) who are destroying everything in their path, Davis Okoye tries to find an antidote with the help of Dr. Kate Caldwell. 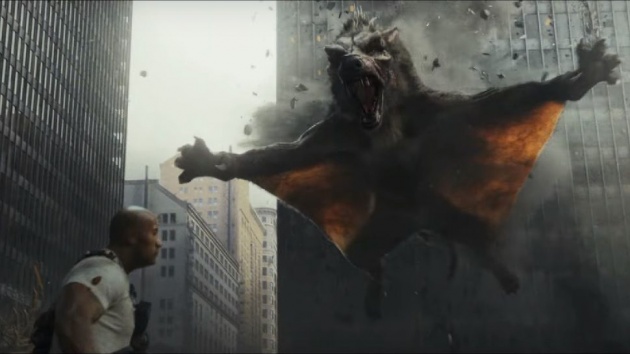 At this time, when the Government officials are trying to control Geroge and Ralph, another big creature Lizzie appears on the streets and it also tries to destroy everything wherever it goes.  This creates another havoc in the city and military personnel find it hard to fight with all these three creatures at a time and they think about bombing them to get rid of them at once.  Thy are worried because these giants are creating nuisance and causing a lot of damages as well as a lot of casualties.  Sensing the situation, Davis and Kate try their best to arrange solution to this problem in order to bring those rebellion animals back to normal status. 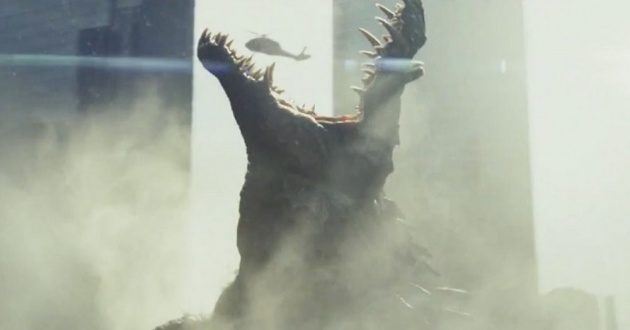 Davis and Kate manage to reach the company which created the pathogen and try to steal the serum in order to bring the animals back to normal.  They manage to steal; however, they find Claire Wyden and Brett Wyden there who know what is going on and how those animals became so big and rebellion.  In the altercation, they inform Davis and Kate that the serum can only reduce the aggressiveness of the animals but it cannot bring them to normal size.  The arguments go on and that results in shooting in which Claire shoots Davis, however the shot is not lethal and Davis though injured, but survives.  Meanwhile, Kate tries to manipulate the situation and manages to push Claire in front of Geroge Clairealong with the serum and George eats her along with serum.  After this fight, the company's building collapses to the ground.  Meanwhile, Geroge helps to get rid of Ralph and Lizzie and Harvey Russell who is a Government Official successfully gets the laptop from Brett with evidence against them and the company which caused this havoc by creating pathogen for bad motives.  Geroge becomes normal in behavior and helps other to clear the debris from the city. 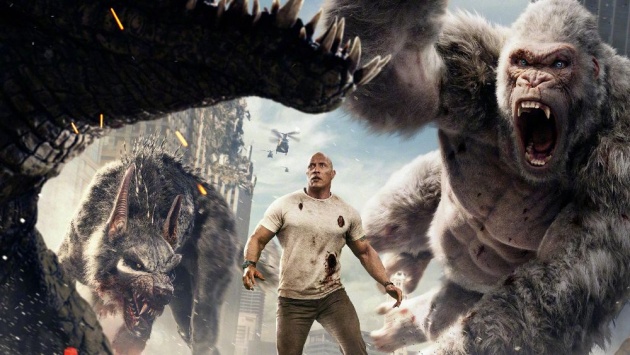 Friends, this film is full of action and thrill.  It keeps the audience glued to the screen because of its ever-changing situations and its content.  The acting of all the cast is very good and the picturization is awesome as well.  It is based on science fiction and all the filming has been done amicably.  Scientists make experiments every day and generally, those experiments are very useful to human beings.  However, sometimes, a pathogen can also be created accidentally or deliberately.  This film shows that anything is possible in the world because science and technology is advancing on daily basis now.  This movie is a fun to watch and elders should watch this movie with their kids in order to have a quality time with their kids.  Dwayne Johnson who is playing the character of Davis Okoye in this movie is also famous for his name "The Rock" in wrestling and people like him, especially kids like to watch him on screen, therefore, it will be a great entertainment to watch their hero in another action film.   One of the best scenes in this movie is appended below.