Action and sci-fi films have been very popular since the past decade, one of which that gained immense popularity is The Hunger Games. I don't usually watch movies so it will be my first time to see this movie that many have liked! 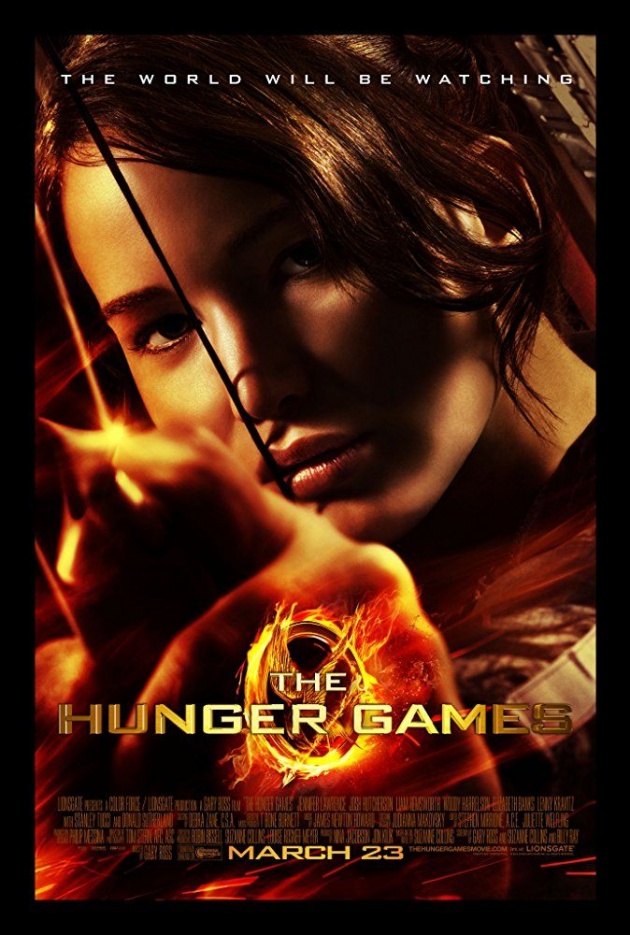 "Happy Hunger Games! And may odds be ever in your favor."

Katniss Everdeen hunts animals in the woods due to scarcity of food and poverty at District 12, one of the poor districts ruled by the nation Panem. When the time for reaping for the annual Hunger Games came, people of District 12 gathered for the selection of their tributes. The Hunger Games requires one male and one female from ages 12 to 18 to represent a District to fight on a deadly battle. The victor gets to live a luxurious life. 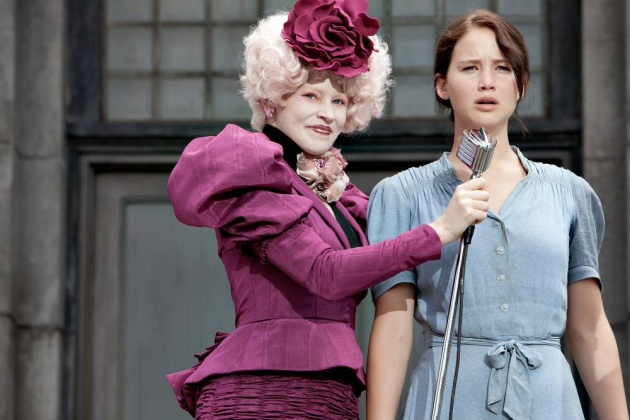 During the reaping, Primrose's name was randomly picked by Effie on a glass bowl. Knowing that her sister won't survive the game, Katniss volunteered in replacement of Primrose. Katniss, together with Peeta, were escorted to the Capitol where they will train and fight to survive The Hunger Games.

If there's one thing that really made an impact on me, it will be the shaking effect of camera during combat scenes. Honestly, it made me feel dizzy and it seem very difficult to see what's happening but on the other hand, I think it's really cool because it makes us feel like we're part of the action. The close up shots on the wounds and faces of dead contenders were a quite disturbing and scary for me. Katniss's close up shot of her face whenever she will shoot an arrow brings me some tension and thrill whether she would shoot it precisely on her target. Of course, the long shot of the crowd during the tribute parade was cool because it shows just how Hunger Games is anticipated and supported by the people in the Capitol.

The visual effects and 3D CGI animation of this film was surely awesome. The floating bullet train, the huge alien-like aircraft, and the control room for the Hunger Games. Of course, the flames on Katniss's and Peeta's dress during the tribute parade looks very cool. During the individual interview of the contenders, flames were again used on Katniss's gown. I wonder if they can do something like that in real life too. However, the beasts at the end of the Hunger Games looks good but doesn't look very realistic for me. Aside from the digital effects, the prosthetic makeup for making the wounds appear real. It makes me look away when the screen focuses on it. 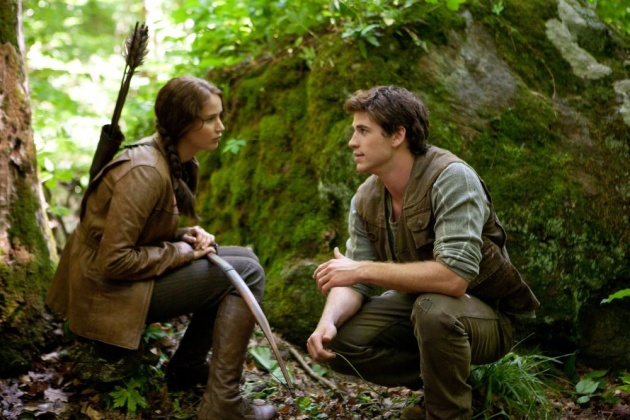 Opinions regarding the casting were divided. Some people think that some actors don't fit their role. I haven't read the novel so I can't do a comparison between how each characters were described on the book and how they appeared on the movie. I believe the actors did really well to portray their roles. In fact, the director and author of the novel think that Jennifer has all the qualities to match Katniss's character. In my opinion, Jennifer really does suit being Katniss because she can look soft but tough and fierce at the same time. I also think Amandla Stenberg who played as Rue is suited for the role. She looked sweet, delicate, and kind. I'd also like to include Elizabeth Banks for doing great for the role Effie Trinkets. Again, I haven't read the novel but Effie Trinkets' character captured me the most. Effie exudes mystery, style, and class. Surely, this wouldn't be possible without Elizabeth's brilliant acting. 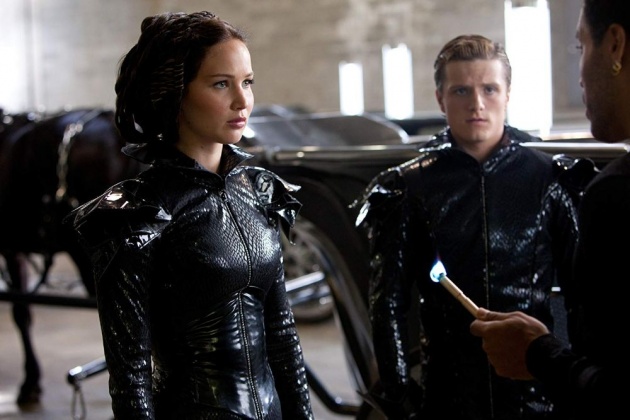 Aside from the life and death game, costumes seem to have a huge importance in the story as well. They have Cinna to take care of District 12's dresses for the tribute parade, public interview, and clothing for the game itself. This only conveys that what you wear really plays a big part on first impressions.

The dresses of the people in the Capitol also looked more stylish, modern, and high fashion compared to the people living at the districts. The costumes were good but didn't really made an impact on me. Instead, what had an impact on me were their bizarre makeup and hairstyles. There's blue colored hair, white, a well-trimmed and shaped beard, etc. The makeup people wear in the Capitol wear looks awesome too. I love the gold lines on Cinna's eyelids and the glittery metallic reflection on Effie's lips. This, plus their outfits, made them look like intergalactic people and definitely symbolizes how affluent their lives are in the Capitol.

The Hunger Games film isn't just about the game. This film definitely gives us a couple of lessons we can ponder upon after.

First, is the division of the rich from the poor. The film shows how the twelve districts were kept out from the Capitol by enclosing the areas with barbed wire. People on the districts are not allowed to go beyond the border. Life outside the Capitol was very difficult that they almost have nothing, while the Capitol has everything they need and want. Somehow, the film reflects the reality our world is facing right now where the poor are discriminated and less privileged of the basic necessities of life. 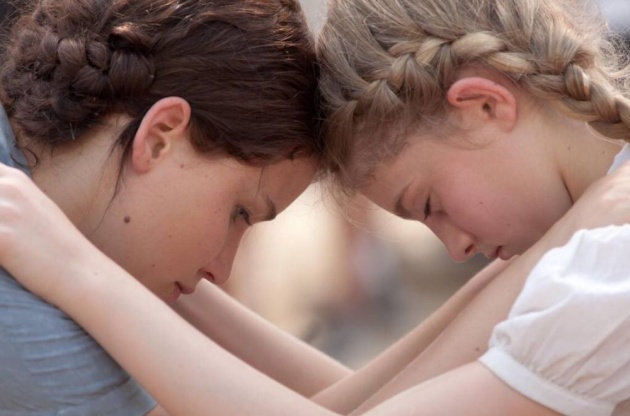 Second would be the act of selfless love. When Primrose's name was picked as the female tribute to the Hunger Games, Katniss became very worried of her sister. As the older sister, she can't afford to see her dear sister die on the game and so she volunteered in replace of Primrose. She risked herself on a game where she might end up killed because that's how much she loves her sister very much. This shows how one would risk her dreams and life for the protection, comfort, and safety of their family and other people they hold really close to their hearts.

Third, is to remain who you are. Peeta told Katniss that he would stay true to who he is rather than being influenced by others especially people from the Capitol. This also applies in real life. Peeta reminds us to be who we are and make our own identity instead of shaping ourselves into someone we are really not to fit into the person the people wants or expects us to be. Peeta tells us to be our own original and most authentic version. 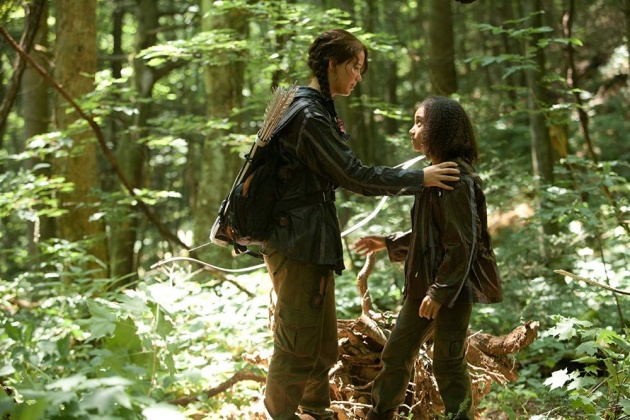 Fourth, is the acceptance of help from others. Katniss seem to be the type of person who is very independent. She is skilled in hunting which made her more self-sufficient. However, during the Hunger Games where everyone becomes your opponent, Katniss decided to trust Rue and did her suggestion to rattle the other competitors who were after to kill her. They even worked together to get rid of their enemies' supplies. In life, we were taught to become independent, to stand and face each struggle on our own. But that's not how life works. Sometimes, we need people to get through tough times. Being strong doesn't always mean facing the struggles alone. Just like mentor Haymitch said, we need people to like us because there will come a time that we will be needing their help. We actually don't need a lot of people to like us. Only a few that we trust very much is enough. 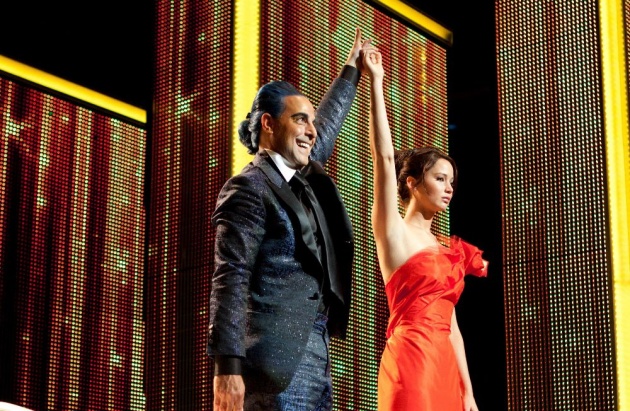 Fifth, is the unfaltering determination to win. The Hunger Games is a game where your life is at stake and staying alive is the only option to win. Katniss has to survive to give her family a better life, and so she has to win no matter what in order to do that. With pure determination and skills for hunting, she was able to succeed. Katniss teaches us to never give up and that we can achieve what we want as long as we are determined to reach it. 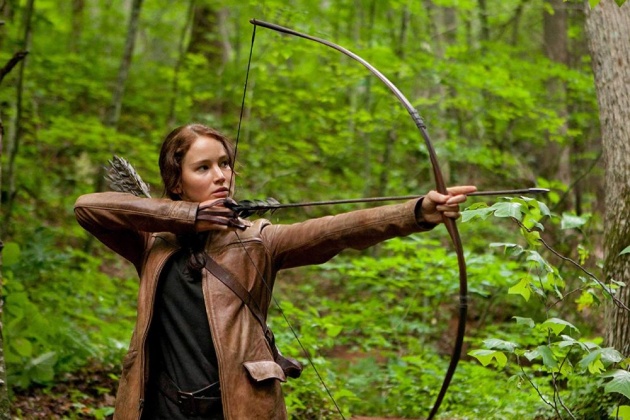 The Hunger Games was very entertaining with interesting characters. Now I know why this film was loved by many. Since this is only the first part of the movie series, some things are still a mystery for me, but I will find that out on the next parts of the film. The first part of The Hunger Games film series was awesome, it almost felt like my heart was shot by an arrow. This film is thrilling and I can't wait to know what happens next.