My bitLanders Total Revenue for September: $170

Anyways, that is not an issue at this point since I won't be able to turn back time. This will serve as a reminder for me that I will have to work more and explore more on how to increase my base buzz score which for the past months have been fluctuating and I don't know how to maintain it. It is indeed a challenging part and I had never really mastered or even understood in the first place how that works so I have to focus and explore on certain aspects of the site which can help me in increasing my base buzz score. 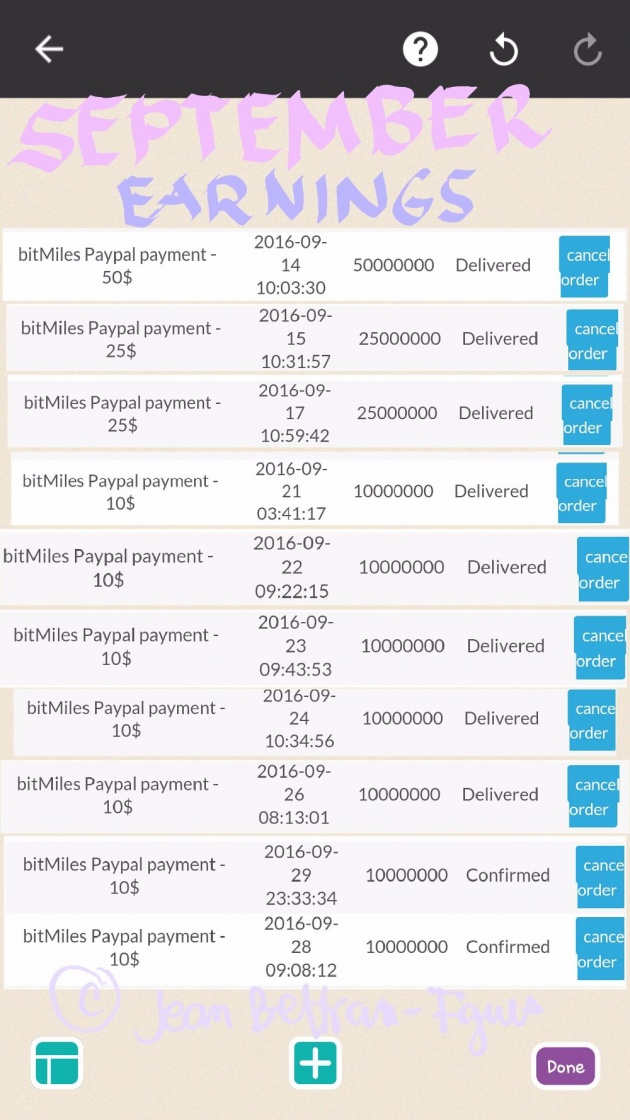 Don't mind my photo,  I had blogged using my mobile phone so I just took screenshots of the earnings and use the screen write option from my phone.

So to sum up, I had earned a total of 170 dollars for the month of September. I know this won't gonna be the case in the coming months due to the Tiara's additional buzzes which will expire soon but I am glad that we as users here are given chances of increasing our earnings at certain time range.

I don't really mind investing though for bitLanders. I had proven and tested that this site pays. I had been here for more than two years and this is the longest paying site that I had joined and I have no plans of leaving. As long as bitLanders is here, Jean is also here.

Hope this post will encourage everyone to work more and submit more original content within the site. Again, it should be original content and I can't stress this out much further. I also hope the admins of the site would be stricter in terms of media submission.

Thanks guys for reading this blog. Check out my earnings from the previous months below: