Ring! Ring! Ring! Sounds the alarm clock was time to go to school, Baltazar, arose very excited since it was his first day of high school greeting his mother and breakfast.

When I get to school was afraid because I didn't know anybody his first class was integration where he met a colleague named Rosy which was beautiful and became his platonic love.

While passed classes Baltazar had very few friends and they were annoyed, beaten and insulted by other companions they suffered bullying.

Once during the breakfast was found with a grasshopper, which called him much attention, but when he saw what happened something strange on it was not the same felt different; When I get home had he locked himself in his room and fell asleep was a dream rare when he woke up was bathed in sweat and fever. He realized that in his legs had a few flakes as that of the grasshoppers was astonished said nothing to his mother.

The next day at school they returned them to bother but this time took one of their friend to hit the bathroom he was much enraged that when he thought about doing something to his companions became a giant grasshopper, arrested fellow aggressors scaring him; Baltazar did not know nor as a step that.

The night Baltazar could not sleep because he was inquietado with what happened at the school. I analyze things and decided to be the new superhero of bullying, was making various designs of costumes for his secret identity and put the envelope name "SUPER BOLLER".

Rosy was one of the attackers once to defend Baltazar peers you were to RAM as others, but I get Super Boller, who stopped them and fortunately nothing happened Rosy discovered that the superhero was Baltazar keep his secret thanked him that except with a kiss, time passed and Rosy fell in love with Baltazar, but he was not very sure if it really was love or pure interest met more when Rosy was 16 years I invite you out for ice cream to the park but the duty call you Baltazar Rosy I hope on one of the benches in the park but something very strange step when Baltazar Rosy return was no longer there was your bag and ice cream pulled Baltazar frightened since it was not normal that, went to his house to look for her and isn't there began to suspect that they had kidnapped her and sure was some of their enemies. 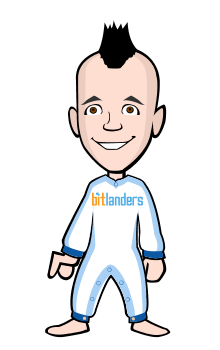