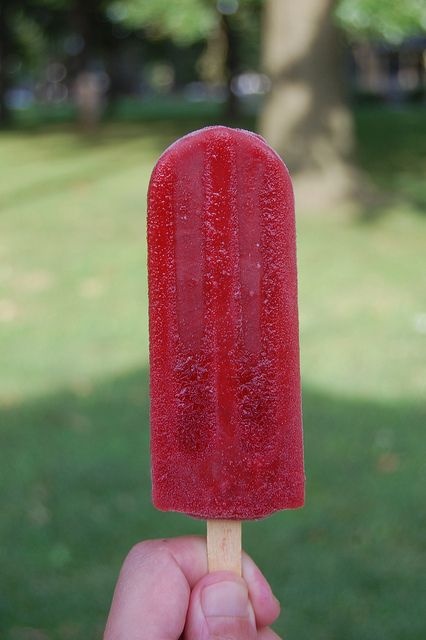 Liquid of various types, such as fruit juice, is frozen - usually around a stick, which is then used as a handle to eat the popsicle.

The first recorded ice pop dates back to 1905 and was created by accident, after a drink was left outside overnight with a mixing stick left in it.

The term "popsicle" is actually a brand name, and has become what is known as a generalised trademark used to describe any snack of this type.

Cherry popsicles are, of course, popsicles flavoured with cherry.

Today, January 3rd, is National Chocolate-Covered Cherry Day. This is what it sounds like - a cherry…

Today, August 28th, is National Cherry Turnover Day. Turnovers are a pastry dish in which a filling …