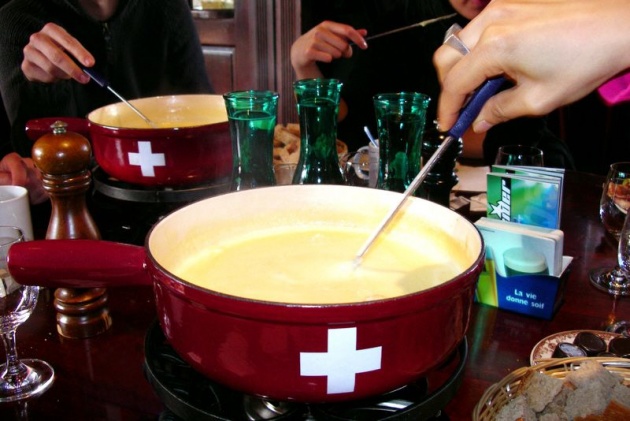 This month, November, is National Fun with Fondue Month.

The word fondue derives from the French fondre meaning "to melt." It is used to refer to a dish that, traditionally, was made from melted cheese in which bread was dipped using long forks. The cheese was served in a pot which was kept warm, and hence liquid, at the table.

Fondues have since evolved to include other forms. Meat, that is already cooked, is also used with a cheese fondue, and chocolate fondues have proved popular recently, in which things such as fruit, for example strawberries, and marshmallows are either dipped in melted chocolate or have it poured over them.