People in a society have some sports in addition of traditions that entertain in feast days, holidays, and free times with them.
Afghanistan is a country that has consist of several tribes and nations, each nation has its own customs and traces. And also I know Afghanistan as a multinational country.

There are a lot of native sports in Afghanistan that is done by different layer of its people and of course some of these sports or funs are done in special pertinences.
Lots of these sports are existed that I can name of Buzkashi, Kushti(Pahlavani), Gudi Paran, Tanab kashi, Sangirak, Tokhm Jangi and etc… 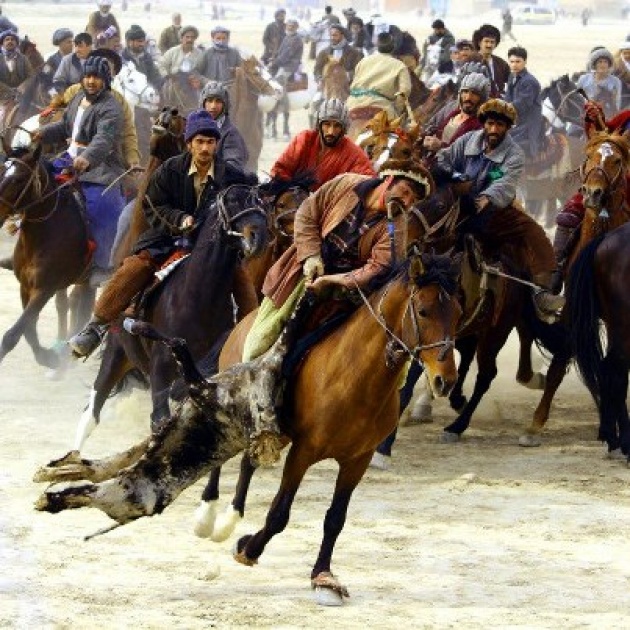 Now I want to give information about one of this native sport:
Buzkashi: Buzkashi is a traditional sport in Afghanistan that is celebrated in spring and fall seasons in north and northeast deserts.

There is no principle to register the players. And every body can enter the ground and play with his horse. The tradition is that the goat or calf should be slayed a day ago a cut its head hands and legs. They place goat or calf in a large ground that a flag is fixed at end of that.

The one who participate in this game call Chapandaz. The players take the goat from the ground and carry it to a specific circle that called solvent circle.

Buzkashi has supported by consecutive governments in Afghanistan. It has celebrated with imperial ceremonies up to Mohammad Zahir Shah government (1973).

Buzkashi is a fun or sport that it existence date came back to ancient times. Its names mean killing the goat. That is taken from mountain goats hunting by horsemen champions.