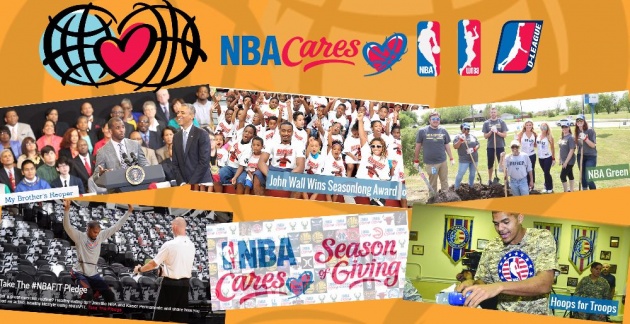 Source: nba.com, Edited by me

Through bitLanders’ interesting initiative on survey chat & announcement of double reward topics, my knowledge is increasing day by day. Like through these survey chats I got very good information regarding sports, politics, health etc. & not only this but also through writing blogs on announced double reward topics, I did research for blogs and got more useful information. For example before this initiative was unaware of “NBA Cares” and “Amorino Gelato Al Naturale”. But now I did proper research about “NBA Cares”. I found it very interesting & decided to write this blog of mine about “NBA Cares”, as this organization is doing very amazing social work on so many good objectives and one of their best objective is “Sports and Social Good”. In which they not only support men but also support with motivation to women and children for sports. 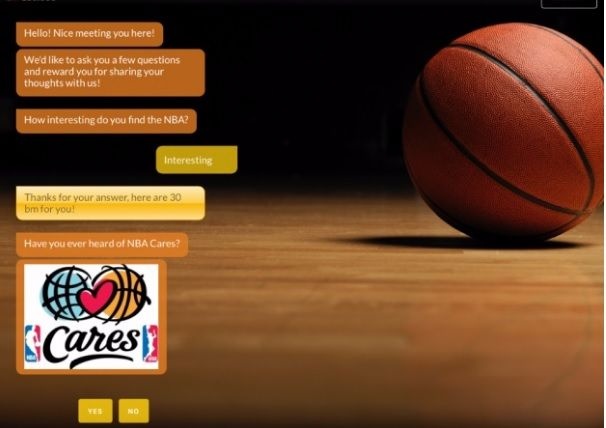 NBA (National Basketball Association) is the famous basketball league of professional basketball teams of men’s in North America. This league has thirty teams.One team is from Canada while twenty-nine teams are from United States of America. NBA is an active member of USA Basketball while USA Basketball is recognized by FIBA (International Basketball Federation) which is the national governing body for basketball in the America. NBA is the world’s best paid league to its players.In 1946, NBA was founded in New York (city of America). Basically,NBA was combined with another league named National basketball League, and after combination of two leagues, the new league was introduced with name“National Basketball Association”. Further NBA founded charity organization in 2005 with the name of NBA Cares. 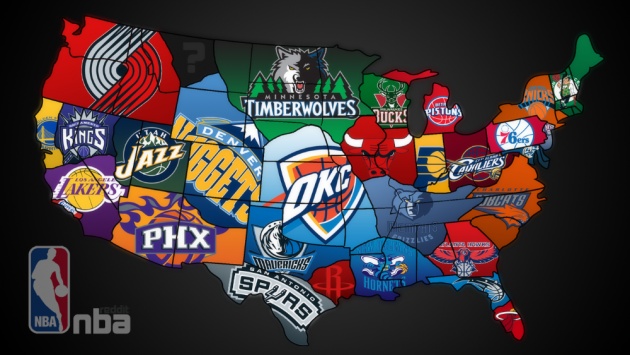 The main mission of NBA Cares is to deal with the social issues of America and around the world. NBA Cares has worked a lot for supporting the youths and their families on education level, development and health issues. In this support program with NBA cares were involved Make A Wish Foundation,YMCA of the USA, Boys and Girls Clubs of America, unicef and Autism Speaks.

NBA Cares was launched in 2005, so far NBA league and its teams have raised approximately more than two hundred seventy million dollars donation. Yet they have provided 3.5 million hours services on their hand and built approximately nine hundred ninety five places where families and their kid can live, learn or play in communities around the world.

As NBA Cares will be going to celebrate its 10th anniversary of creation so it will renewing its commitment to communities around the world by teaching and inspiring more than fifteen million youngsters about the sport of basketball and will provide three million hours of service to others and build one thousand safe places where they can live, learn and play. 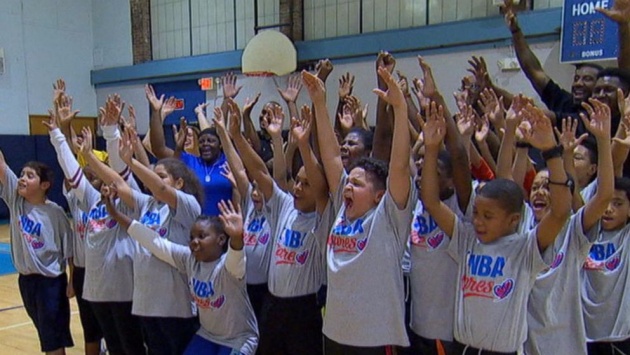 NBA Cares is not working alone but there also internationally well-known and strong organizations are the business partners of NBA Cares. These are involved to support NBA Cares in different activities & projects, which can help the welfare of society. These partners of NBA Cares also provide the opportunity to NBA Cares and its teams and players to deal with a variety of social issues.

The list of partners of NBA Cares is given below:

On this season, NBA Cares committed to support retired & active service of women/men & their families overall the world where NBA Cares exists.

In 2004,president Obama take an initiative with the name of “My Brother’s Keeper”. The main purpose of taking this initiative is to help every boy & young man of every color, caste and community to provide opportunity for making them self a successful mentor and also provide them education with job opportunities.

As part of this commitment we will

Support a public service campaign in partnership with MENTOR designed to recruit 25,000 new mentors, with a specific emphasis on recruiting men of color to serve as mentors

Work with educators in at-risk and turn-around schools to provide incentive programs that increase attendance and improve overall school performance.

Participate in a series of grassroots, “lessons in leadership and teamwork” workshops in schools and after-school organizations that will inspire boys and young men of color to take charge of their lives, make good decisions and be successful in their pursuit of education.”[1]

Every month, the NBA chooses one player from across the league for the NBA Cares Community Assist Award presented by Kaiser Permanente. The award honors the NBA player who best reflects the passion that the league and its players have for giving back to their communities. This player is recognized for his outstanding efforts in the community and for his ongoing philanthropic and charitable work. [2]

The NBA FIT is related to wellness & health program. This program encourages healthy living & physically activity of players and also for children and their families as well.

NBA Cares through their program named NBA Green has partnered with the Green Sports Alliance. The main aim of this program is to provide funds and spread awareness for protecting the environment.The NBA is the only sports league who dedicate one whole week to educating fans about responsible environmental stewardship.

The great program of NBA Cares program is to help many individuals and through community service. During the holidays, various teams of NBA league visit volunteer at their local food pantries, local hospitals and also give gifts to the families in their particular cities. Through this way they help poor people in need and give back to their communities and fans who support them every night. 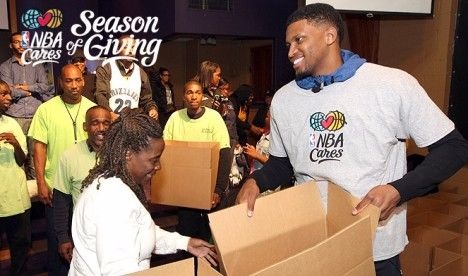 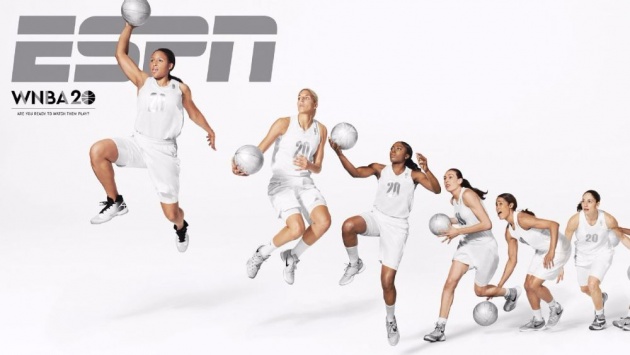 “Through WNBA Cares, our teams, players and partners are deeply committed to creating programs that improve the quality of life for all people, with a special emphasis on education, youth and family development and health and wellness. Whether it’s working with schools or community-based organizations, partnering with service-based volunteer organizations, teams maximize their impact in the local communities throughout the season.”[3]

Jr.nba is basically Joiner National Basketball Association of girls & boys. In which ages of participants are between 6 and 14 years old. NBA league teaches the values & fundamentals of the sport to jr.nba.

WNBA is going to celebrate LGBT pride month in June.The main purpose of celebrating pride month for supporting every athlete of the world to feel pride for who they are, pride of where (she/he) they have been & pride of what’s to come.

In September WNBA Cares and teams of WNBA will spread the awareness related to fight against breast cancer.

The WNBA FIT is related to wellness & health program. This program encourage healthy living & physically activity of players and also children and their families.

On this season, WNBA Care is committed to support retired & active service of women/men & their families around the world. 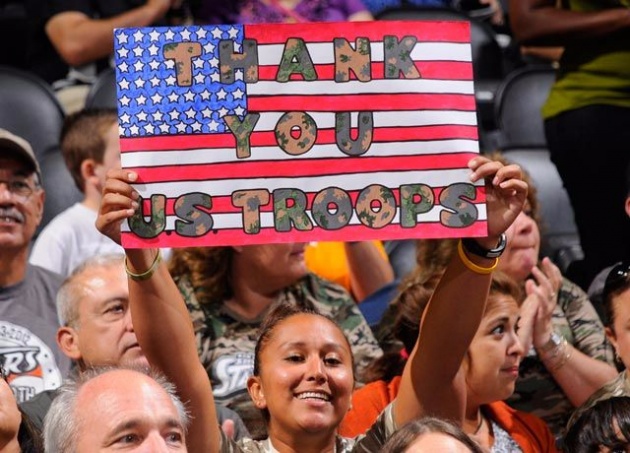 Every month, the WNBA chooses one player from across the league to receive the WNBA Cares Community Assist Award presented by State Farm. The award honors the WNBA player who best reflects the passion that the league and its players have for giving back to their communities.[5]

What is NBA Development League

Through NBA D-League Cares, our teams and players are deeply committed to creating programs that improve the quality of life for all people, with a special emphasis on education, youth and family development and health and wellness.[6]

You can get information related to different programs of NBA D.League Cares the link is given below.........

You can also check NBA Cares Social Responsibility Report through the link is given below......

Thanks for sparing time in reading My 21 attempt for my virtual home "Bit Landers".... Stay Connected for more articles.. :)