What You Need To Know Before Watching Game of Thrones

When you play the game of thrones you win, or you die. There is no middle ground.

-- Cersei Lannister
HBO’s Game of Thrones is one of the most awaited TV shows every year. This fantasy drama television series is viewed by millions of people around the globe – and this is exactly the reason why I was quite surprised that a new member of my team here in the office is not that familiar with Got.

Although he admitted that he do hear the show’s title from time to time, he disclosed that he does not have the slightest idea on what the television series is all about. This brings me to the purpose of this post. This post aims to be an exhaustive reference for each reader who is interested to watch the Game of Thrones television series. This blog will contain pertinent information that any would-be GoT-viewer will need to better understand the show. Lastly, please be advised that this post will be not discuss any characters, plots, or any other aspects that might ruin / spoil the enjoyment and excitement of the reader. I know many GoT fans will agree that it is more rewarding and comforting to discover on hour own the different characters involved (and their stories) as you watch the TV episodes.

GoT in TV and in Books
Before watching GoT, it is important to know that the television series is an adaptation of George R. R. Martin's novel “A Song of Ice and Fire” – wherein the first title of the fantasy series novels is also called Game of Thrones. The creators of the show expertly developed the episodes to closely follow the storyline of the novel – however, avid followers of the books may cry foul on some of the notable differences.

Listed below are some of the noteworthy differences the GoT television shows have with the novel series:
• Order of narration
• Timeline of events
• Having scenes and characters on the TV series not found on the books (this includes some characters enjoying more screen time than their actual role on the novel) 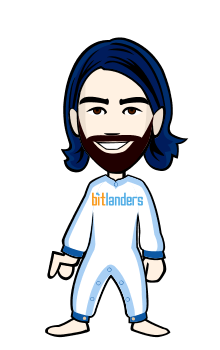