It is really cool how the tag line for a film is "The End of Earth will Not Be the End of Us". Other films would try to make it seem more fatalistic even though audiences mostly know what the end of a film should be, but with Interstellar, I think it focuses on hope, the struggle and maybe sacrifices that these space travelers will have to do, to save humanity from a doomed Earth. What do you think of this new poster? 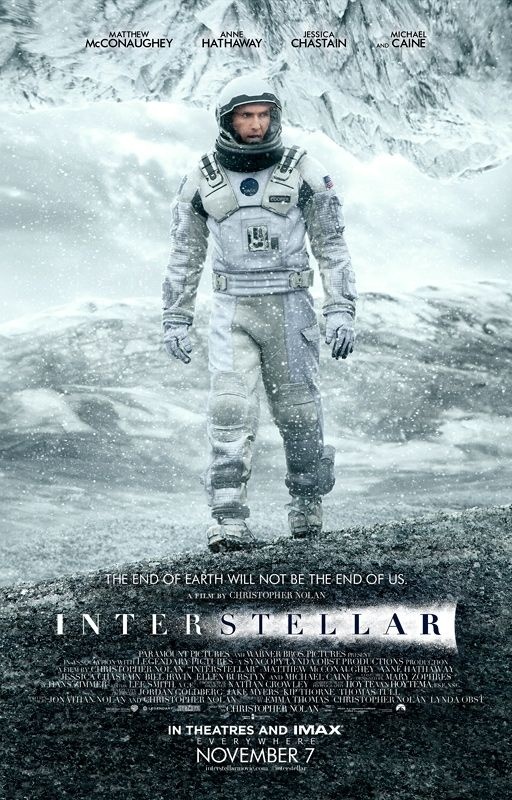 In the film men has discovered how to travel through wormholes to deep space leading mankind to its future destiny, as Earth has become uninhabitable.