The waste products of the body are excreted through the lungs, the skin, the intestines, and the kidneys. The liver also excretes waste products-the bile, pigments and cholesterol.

The lungs eliminate water and carbon dioxide through the expired air. The skin eliminates water in the form of perspiration. Included in the perspiration are small amounts of inorganic and organic salts. The feces, excreted from the large intestine, contains undigested and undigestible material plus the excretory products from the liver- the bile pigments and cholesterol-some water, some organic and inorganic salts. The primary excretory organs of the body, however, are the kidneys, which excrete water and water-soluble compounds including nitrogen compounds from the catabolisms of amino acids.

The kidneys are important not only for their excretory function but also because of their role in the control and regulation of water, electrolyte, and acid-base balances in the body.

What Are the Warning Signs of Kidney Disease?
Kidney disease usually affects both kidneys. If the kidneys' ability to filter the blood is seriously damaged by disease, wastes and excess fluid may build up in the body. Although many forms of kidney disease do not produce symptoms until late in the course of the disease, there are six warning signs of kidney disease:

*High blood pressure.
*Blood and/or protein in the urine.
*A creatinine and Blood Urea Nitrogen (BUN) blood test, outside the normal range. BUN and creatinine are waste that build up in your blood when your kidney function is reduced.
*A glomerular filtration rate (GFR) less than 60. GFR is a measure of kidney function.
*More frequent urination, particularly at night; difficult or painful urination.
*Puffiness around eyes, swelling of hands and feet.

The principal end product of the metabolism of protein, urea, comprises about one-half of the total solids in the urine.

Uric acid, a product of the metabolism of purines from nucleoprotein, is only slightly soluble in the water and is excreted primarily as urate salts.

When urine is allowed to stand, uric acid may be crystallized and settle out since it is only slightly soluble in water or acid solution.

Under certain conditions, uric acid or urates crystallize in the kidneys and are called kidney stones, or calculi. Kidney stones can also be formed from calcium oxalate. 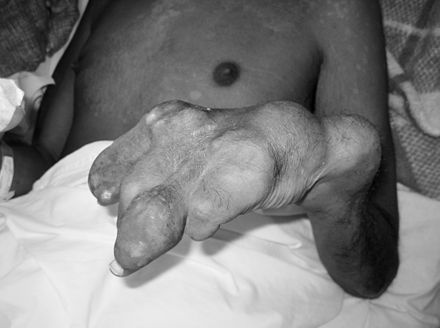 The ravaging effects of gout are manifest in the deformed hands of a patient afflicted with this crippling disease. 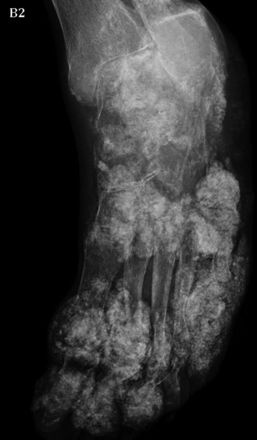 Gout affects the left foot through radiography that shows severe. Doctors found out mutation of the renal urate function. 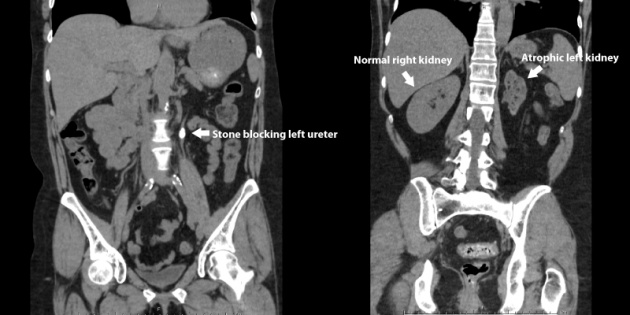 The CT scan shows the difference between normal and abnormal kidneys and determined the appearance of the stone which is abnormal. The left kidney is atrophied. Some patients may not notice the early signs. 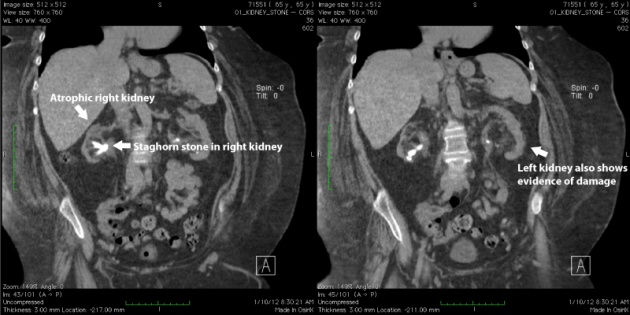 There is a large kidney stone seen in the image that is infected. The patient has also stone in the left that causes to encounter severe back pain on left side.

Creatine if produced in the body of the three amino acids: arginine, methionine, and glycine. Creatine is normally present in the muscle, brain, and blood, both as free creatine and as creatine phosphate. Recall the reaction

Creatinuria is a condition in which abnormal amounts of creatine occurs in the urine. It may occur during starvation, diabetes mellitus, prolonged fevers, wasting diseases, and hypothyroidism. Creatinuria may also occur in pregnancy. 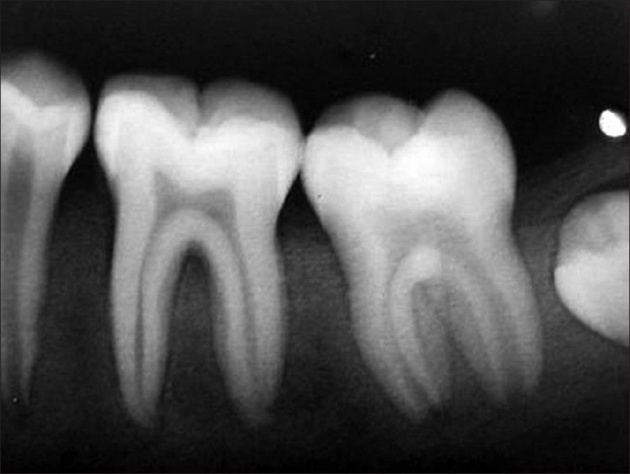 The patient with hyperparathyroidism experienced severe loss of LD (lamina dura) as shown in the IOPA radiograph. The jaw bones' shape has mutated into ground glass which is very typical. The result is caused by the gigantic cell called granulomas. It is a brown tumor. 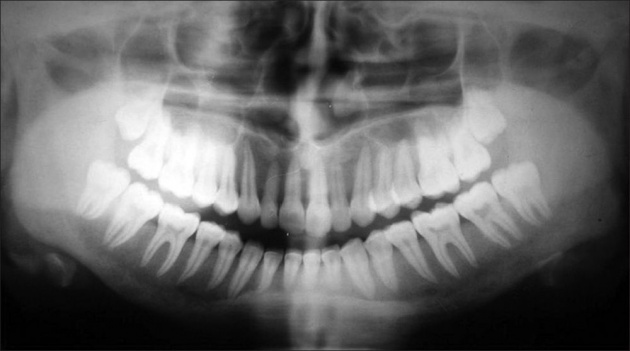 The orthopantomogram results with a very limited wideness of mandible. Patient is also experiencing limited width of the ground glass.

In addition to these constituents, the urine also normally contains very small amounts of vitamins, other hormones, and enzymes. Urinalysis for these substances is of diagnostic value.

The inorganic constituents of urine area are the various positive and negative ions that make up the inorganic compounds being excreted. Among these are the following.

The amount of sodium ion excreted varies with the intake and the body's requirement. However, it is usually about 4 g per day.

The sulfates in the urine are derived from the metabolism of sulfur-containing-proteins, so the amount of sulfur is influenced by the diet. Sulfates are found as both organic and inorganic salts.

The hydrolysis of urea produces such ammonium compounds of chlorides, sulfates, and phosphates in the urine.

In addition to the sodium and ammonium ions, other positive ions present in the urine are calcium, potassium, and magnesium.

The amount of calcium ions in the urine is increased by hyperthyroidism and osteoporosis and decreased in hypoparathyroidism and vitamin D deficiency.

Nitrite ions in the urine indicate a decreasing of bacteria in the urinary tract. 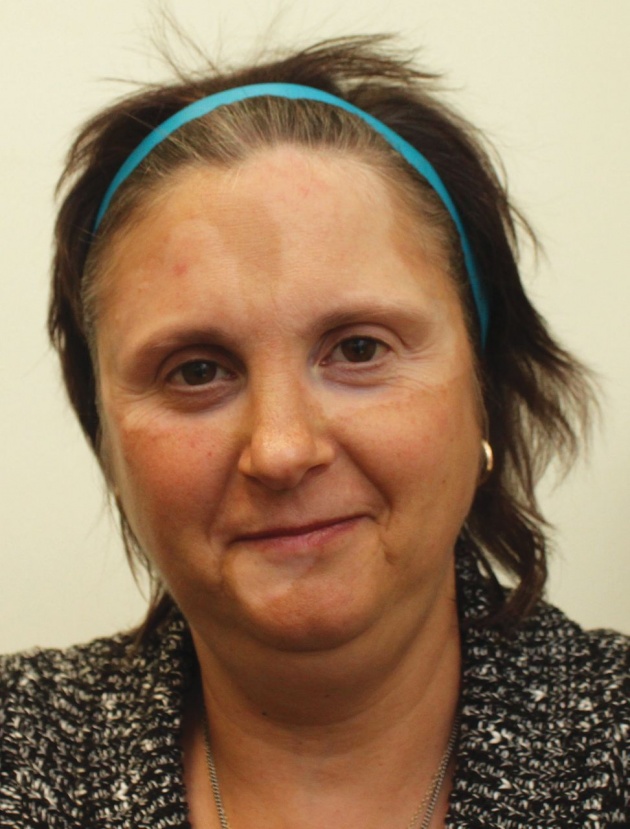 The patient struggles vitiligo on skin face as one of the Addison's disease symptoms. The diagnosis revealed an acute stage after months of investigating gastrointestinal cases. 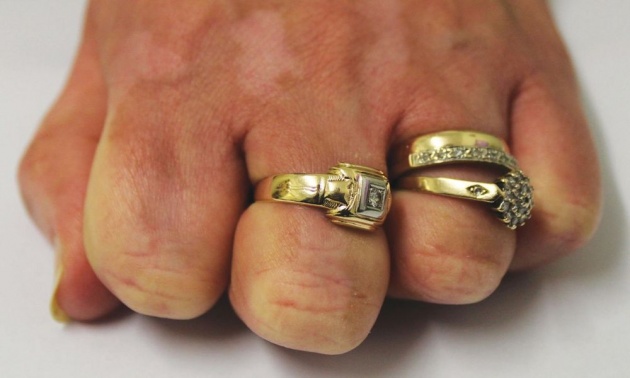 The patient's hands are also in the background of vitiligo. Patient's urine was seen with increased of sodium to potassium.

Magnesium concentration in the urine is decreased in chronic alcoholism.

Because proteins are colloids and because colloids cannot pass through membranes, urines should not normally contain protein. Proteinuria denotes the presence of protein in the urine. Sometimes it is called albuminuria because albumin is the smallest plasma protein and is protein most frequently found in the urine. In cases of kidney disease, such as nephritis and nephrosis, and in severe heart disease, the protein appears in the urine. The presence of the urine resulting in such disorders is frequently called renal proteinuria or renal albuminuria to distinguish it from false albuminuria, which is a temporary harmless condition. False albuminuria, often called orthostatic albuminuria, is found in certain patients who stand for a long period of time. It is caused by the constriction of the kidney's blood vessels and disappears when the patient lies down. Small amounts of protein may also be found in the urine after severe muscular exercise, but soon they disappear.

Ketone (acetone) bodies are present in the urine during diabetes mellitus, in starvation, or in other circumstances with inadequate carbohydrate intake. Such a condition is termed ketonuria. The excretion of the ketone bodies, which are acidic compounds, requires alkaline compounds. This results in a depletion of the alkaline reserved on the blood and leads to acidoses. The kidneys produce more ammonia to neutralize these ketone bodies.

The presence of blood in the urine is called hematuria. It may result from lesions or stones in the kidneys or urinary tract. The presence of free hemoglobin in the urine, hemoglobinuria, results from hemolysis of the red blood cells caused by an injection of a hypotonic solution, severe burns, or blackwater fever.

Urinalysis
The health care professional can test the urine in the office using a dipstick or can send it out to a lab for analysis. Sometimes urine tests using a dipstick can be positive even though the patient has no blood in the urine, which results in a “false-positive” test. The health care professional may look for red blood cells by examining the urine under a microscope before ordering further tests.

Prior to obtaining a urine sample, the health care professional may ask a woman when she last menstruated. Sometimes blood from a woman’s menstrual period can get into her urine sample and can result in a false-positive test for hematuria. The test should be repeated after the woman stops menstruating. 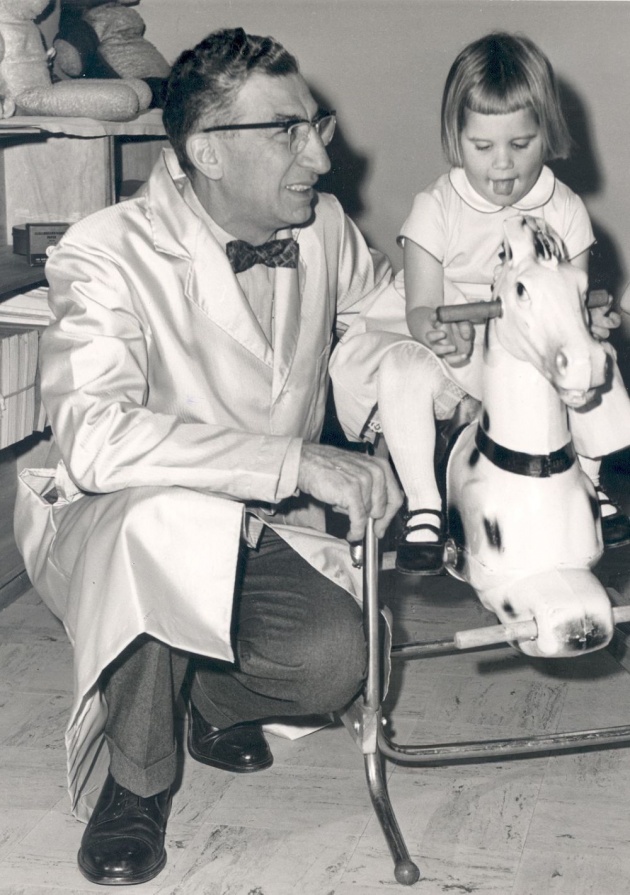 A patient with phenylketonuria (right) was diagnosed after two weeks of birth. Doctor Harry Wiseman (left) prescribed more phenylalanine to her diet.

Phenylpyrivic acid, an intermediate product in the metabolism of the essential amino acid phenylalanine, is not normally present in the urine. However, its presence can be detected in the urine of a person with phenylketonuria (PKU). If this disease is not detected and treated early, mental retardation results. For this reason, some states require screening of newborns for this disease.

Bilirubin is present in the urine of patients with conjugated hyperbilirubinemia. Such patients are said to have choluric jaundice. Such a condition can be caused by (a) Dubin-Johnson syndrome, which is caused by a genetic defect in the hepatic secretion of bilirubin into the bile, or (b) biliary tree obstruction because of a blocking of the hepatic or common bile ducts. 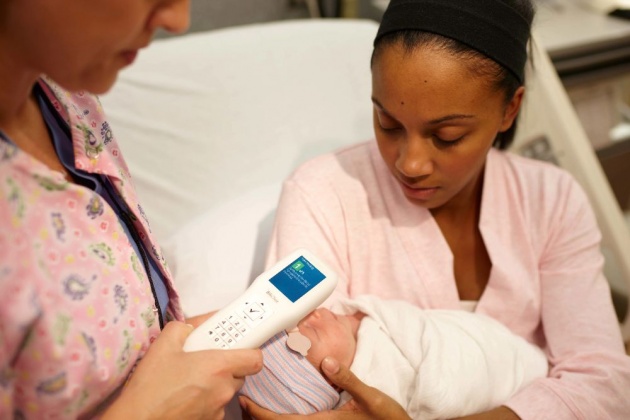 Even the newborn babies can be affected with Jaundice. Mothers are encouraged to breastfeed to fight the suspected disease.

Normally small amounts of creatine are present in the urine. Elevated levels of this compound can indicate muscular dystrophy, myasthenia gravis, muscle wasting poliomyelitis, or hyperthyroidism.

Courtesy of the video: Dr. G. Bhanu Prakash via Youtube

All rights reserved 2019. No part of this article

may be reproduced without special credits

in writing from the publishers of the following websites resourced above.