On MMA - A Non-Aficionado's Bleacher Experience

I've always been fascinated in the world of martial arts.  More than the showcase of strength, flashy moves and uncanny wit, it gives me a feeling of something magical.  From Jacky Chan to Van Damme, Son Goku to Naruto, I watch them all.  However, when it comes to Mixed Martial Arts (MMA), I'm indifferent.  It has not piqued my interest with the exception of Baki the Grappler and of course, Ronda Rousey.  I don't really know, maybe because I find it too brutal.

July 11, 2015, I got my first taste of live professional MMA tournament.  A friend of mine who's training to be a fighter was going and I asked if I could join. I was hearing positive things from him about MMA and that a lot of negative ones are just misconceptions. Being someone who needs seeing before believing, I took that opportunity to experience it first hand. 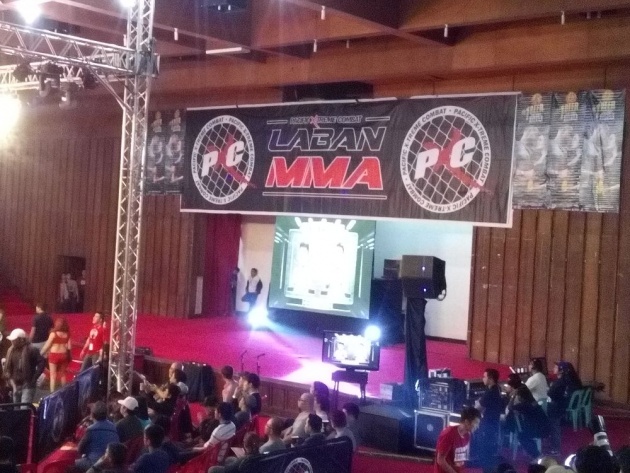 The place was packed with the contenders' family, friends and supporters, MMA enthusiasts, curious folks (where I am categorized), and those that seemed to have had no choice but accompany the aforementioned groups.  As with other events, we had to register first which was accomplished pretty quick given the volume of people coming in.  It was organized.  The posters and videos of the sponsors also helped in keeping us occupied.  Entering the event hall, I was surprised  on how everything was nicely set up, from the bright lights to the upbeat music and bulky bouncers to gorgeous round girls.  Apparently it was televised. 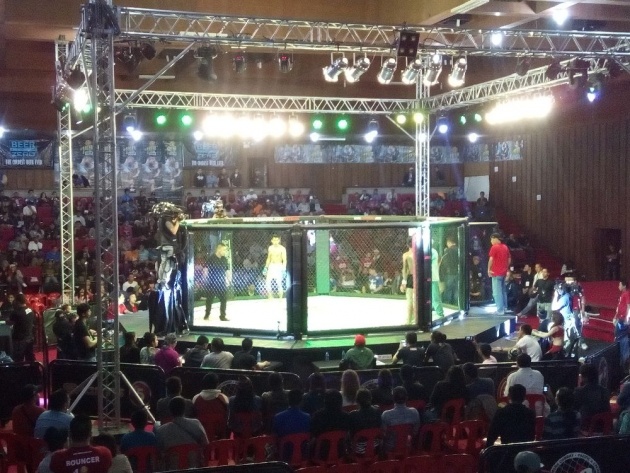 For something that's supposed to be intense, the atmosphere was quite light.  People are on their seats, quietly chatting, some drinking beers and some waiting for the sponsors' giveaways to be handed-out.  There are also those who were taking selfies but not a lot.

The program started bringing not much change in the audience's mood. Fighters were introduced, blows exchanged, claps have been given, cameras flashed, winners announced, and I don't know if it was just me, but I was slightly bored.

Then there was blood.

Halfway in the tournament, adrenaline started to rush as bigger and fiercer fighters entered the ring.  One can't help notice the sharpness of the punches and the kicks thrown.  Every attack is calculated.  It has to be.  Otherwise, they'll find themselves under the mercy of their opponent.  As for me, I was under the mercy of my bladder.  Kidding aside, I never wanted to take off my eyes off even for a moment as I might miss something spectacular. As the action intensified, so did my fascination.

Spectators were now on their feet.  Every hit got a cheer, every subjugation, applause.  It felt that I was transported back in the time of the Roman gladiators, only more civilized.  Thanks to the referees, there was a "controlled" bloodshed. 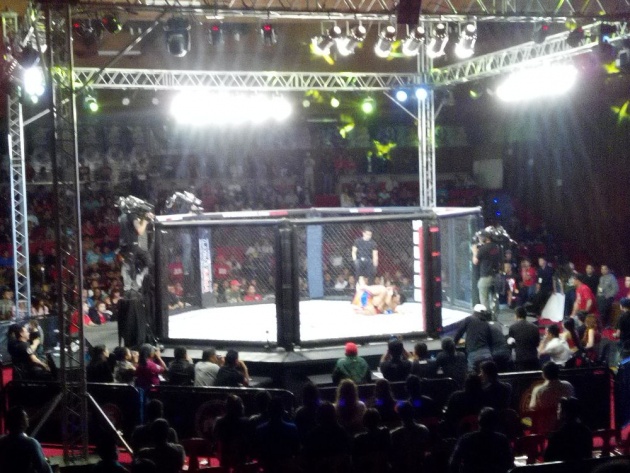 The energy in the hall did not diminish even after the champion of the main bout was announced.  Friends and strangers alike flock together, extending their congratulations to the winners and encouragement to those who were humbled.  Of course, it could not end without another round of selfies and groufies.

As the area is cleared of people and equipment, I sat on the stage and absorbed what had transpired in the last four hours.  I must admit, I had a sense of satisfaction.  Might I have had a change of heart?  Maybe.  One thing's clear, all the fighters, including the referees, have gained my respect.  I could only imagine the rigorous training they have undergone and the pain they have to bear before, during and after each match, all to pursue their passion.

Yes, I still think it's brutal.  Yes, there's nothing magical about it.  But it's raw, it's real  and it's only the best you'll get from these modern day warriors. 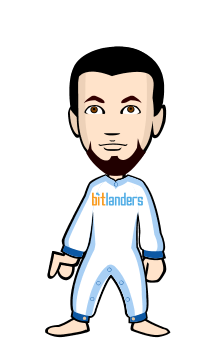 The graphic designers had to have known that people would just parody this style over and over, righ…

https://youtu.be/d39aVy5o6JE I love playing at the gym with my boys. This is my youngest, he loves …