One Man’s Wisdom is Another Man's Gain - by Matthew Gudwin

Almost three years had gone by since I had last seen my sister Tracey and I was wondering when I would again. Since she had moved outside the United States, I did not have the opportunity to visit. Work, school and the fact that I recently moved back from Los Angeles after six years got in the way. Finding screenwriting or any writing work was not easy but eventually I found a regular job working in a financial aid office at a University during the winter of 2013-14’. That is when I received a phone call from my sister. My role model, the one who introduced me to films at a young age was coming home for Christmas.

Fast-forward to what led me to this fascinating, meaningful assignment. It all began on a typical, freezing winter day in New York City and most everyone I knew was either sick or had recently recovered from a cold. This winter was the worst in years, and everyone complained including people who loved snow. My cold was about two weeks away from being the worst one in about ten years. That night I met up with my sister, my cousin Ali and her husband Said in their beautiful apartment. What I wasn’t expecting was a party full of people and thank God I brought wine. Apparently other neighbors and close friends were invited, and many of them had interesting jobs.

I walked around speaking to everyone who would talk to me until I met a man with confidence, a great sense of humor and his own company. In fact, he is the president and founder of this online video distribution company called bitLanders. Francesco had material about a very unique individual that needed to be developed, edited and re-written, basically the whole nine yards. This is where I came into play, and we agreed to meet again. The following story is based on this special person and his family. They will remain anonymous because it is really not about them but about what was learned along the way. It contains a volume of experiences that this important man believes to be a guide to personal euphoria a right way to treat yourself and most importantly others. Follow closely and you might learn something, at least that was my attitude leading up to meeting him, and I wasn’t disappointed. It was very inspiring to finally be getting paid to write and about such a distinguished person.

From the start, I saw this was a loyal man, someone who knew his roots. That symbol was his father; a man he learned a lot from. In fact to this day as he sits in his office, you will notice photos of his father; including a painting, which is located on the wall behind his desk. That takes us to the beginning of the story to a time and place unlike today so prepare your eyes for a tale of ups, downs, love and loss but in the end a life worth living.

Stay tuned next week as we continue on with part two The Beginning of the Father’s Journey. In this we briefly encounter such events as audacious dreams at age fifteen, two hundred and fifty gold bars, a death in the family and more! I find it funny thinking about what would have happened to me if, at fifteen, I tried to pull off what this man did. In life there are many choices each person can make, the good, the bad and the unknown outcome. As a kid, I dreamed of living in this great city. 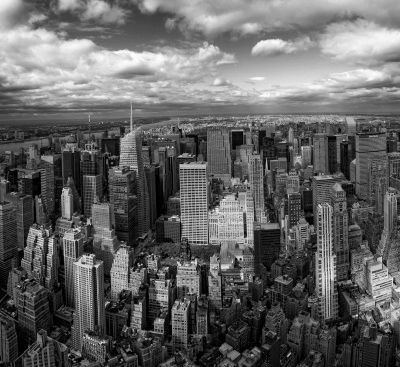 New York City a place for freedom, where on any night you can a meet a nice beautiful girl, or the right person and get the opportunity to do your dream job. Let me close by saying I invite you to continue reading, as this will be a journey worth experiencing.