I watched this movie on July 11, 2013. I remember many people were eagerly waiting for the release of this film in Philippine theaters after "Man of Steel," and I was one of them. For me “Man of Steel” was a big disappointment because the director provided more action than was necessary and gave little attention to the development of the storyline.

In contrast, I found “Pacific Rim” worth the wait and the money. I saw happy faces of people leaving the theater afterwards. In addition, it managed to get 72% out of 100% in Rotten Tomatoes, a movie review critic site with very high standards. This means that the movie gets the nod of the experts and expectant fans. 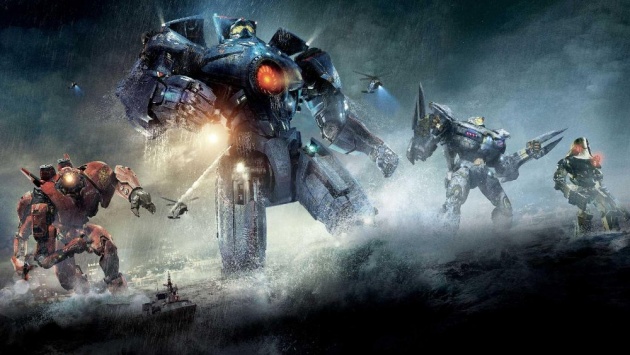 The film tells a tale about Kaiju creatures, which find their way to the Pacific Ocean through a breach in the earth's core. These menacing creatures wreak havoc on tall buildings and destroy several cities in many parts of the world, signaling the end, or apocalypse. These giant creatures are not only scary monsters but also grisly killers. They intend to erase the human race from the face of the earth!

To save the world from the impending destruction, the humankind created monsters to fight monsters, as the famous tagline of this movie goes. The gigantic robots called Jaegers are really huge and made with modern technology. The new Jaegers are digital, which caused their debacle, because the Kaijus have a weapon that disables all digital equipment, causing the robots to malfunction and totally loss the capacity to fight.

When all the sophisticated Jaegers are destroyed, the human race has to take its one last stand, so the old-fashioned analog Jaeger piloted by Raleigh and Mako, the main actors of the film, is reactivated to try and defeat the monsters that are getting bigger and more sophisticated each time they appear. The number of old models is limited, though, so the chance to succeed is very slim.

At the middle of the movie, the heroes of the human race are seen defending a city from the virulent attacks of many high-tech Kaijus. With their initial success, they finally decide to strike the enemy head on. The two main characters successfully make an entrance into the heart of the breach after suffering a few damages from the previous fights with the monsters. The breach is the place where the Kaijus are manufactured and improved for warfare with mankind. 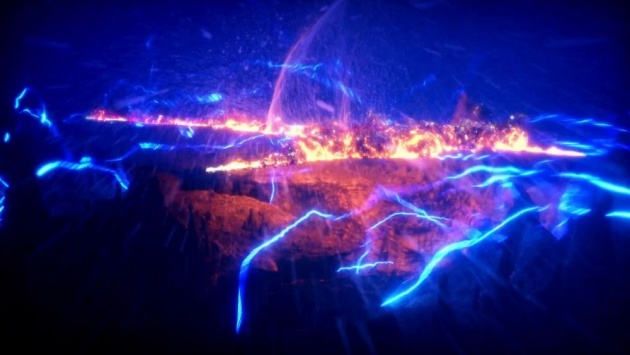 The last part of the movie is heart-pounding and thrilling. You can hardly take your eyes off the screen. When the heroes are inside the breach, Raleigh tried his best to detonate the nuclear bomb carried by his robot in order to destroy the Kaiju factory once and for all. Their suits are almost depleted of oxygen at the time. They can hardly breathe at this point.

To save Mako and possibly tell the story of their successful foray into the camp of the enemy, Raleigh ejected Mako from the Jaeger and released the nuclear bomb, giving the idea of self-sacrifice for the safety of the human race. The massive explosion destroys the factory completely, and Raleigh luckily reaches the ocean surface unscathed, his capsule being pushed upward by the wave of explosion that occurred underneath.

The movie is full of tense moments from start to finish. If you are familiar with Japanese TV animes in the past like Ultraman and Magmaman, "Pacific Rim" is very similar. However, this movie took the fun and excitement one step higher. The graphics is so crystal clear and the actions seem beyond our imagination.

Imagine yourself in a situation where you would have to face a giant monster that looks hideous and is moving so fast to eat you alive, what would you feel? I believe you get the idea. The Kaijus are really menacing and dangerous, so you would feel terrified every time one surfaces.

The one moment that I truly like is when the young Mako run for her life to try to get away from a Kaiju that attacks their city in Hongkong. She is so small and helpless in the face of a formidable foe. Luckily, she is saved by a Jaeger, which took her in and molded her to become a fine pilot. Personally, I like the very cute little Mako!

The main actor in the film is Charlie Hunnam playing the role of Raleigh Becket. He is not only an actor but also a writer and a producer.

His career started in Britain television, and he gained international fame when he played a supporting role in the 2002 suspense movie “Abandon.”

The supporting role in this movie is played by Rinko Kikuchi as Mako Mori.

This 35-year-old native of Hadano, Japan, is an actress, writer and director.

She is expert at sword fighting, and she is a big fan of horseback riding and motorcycling.

Although she looked small in “Pacific Rim,” this girl is really tall, measuring 5 feet 6.5 inches high.

The person behind the creation of “Pacific Rim” is Mexican director Guillermo del Toro. He is known in Hollywood not only as a prolific director but also an actor, writer and producer. As a producer, he has 36 films to his credit. As a director, 17 films are under his belt. He also fared well as an actor, having 12 credits to date.

As a Mexican, del Toro is seen using and giving reference to insects, religious artifacts and relics, archangels and other religious items in his movies. One trivia I like is that del Toro has a photographic memory, which is a rare talent. Also, he has turned down several directing offers to work on something to which he has great fascination.

Here is a movie review of "Pacific Rim."

If you like to run your imagination wild and free and like to feel the blood flowing, why not try this movie out in DVD? Perhaps you can download one online for free or at some cost. This movie is not only made for the young ones like me but also for the "young once." LOL! Who says monster films are only for the youngsters?

Even for lovers, this movie is great. Charlie and Rinko had romantic moments in the film, although very little is given by the director on the romantic side. Nevertheless, the movie ended with the two main characters celebrating their success in saving the day for the human race and enjoying a time together on the surface of the sea.

Once you question your own beliefs, it's over.