Certainly half a dozen of Pakistan cricket, "Imran Khan", but Pakistan's Imran Khan, cricket fans have made a niche for itself.


The other fast bowlers like Imran Khan, the 27-year-old left-arm spinner for the 1992 World Cup winning captain Imran Khan of Pakistan are affected.

Dot com cricket in an interview given to the AU Imran said, "my favorites cricket hero Imran Khan".

He said, adding "even though my name was not on their names, but the name always brings a passion in my heart."
Khan-.Photos / AFP National Cricket Cup Imran's outstanding performance gave him a place in the Pakistan Cricket team, they say they are ready to go forward.

He said, "To play cricket you need to be strong mentally, you're mentally strong team can play anywhere in the world, that is why I am ready for international cricket "I am.

However, he said, "better than playing for your country is no passion, I want to play for Pakistan".

So Swat Malala Yousafzai, the hometown of Nobel laureate and an international cricketer was not born here, but the superstar Shahid Khan Afridi's bowling against England in the valley may develop.

He said during the interview that he at least had a desire to Afridi bowling.

He says, "Afridi world's most powerful batsman and I wanted to see that I could not stand the aggressive batting, he was a great feeling".

He says, "I always read the batsmen and the potential of this idea, so I am looking for a way to fall."

He said, adding, "bowling different ways (Variations) control is the greatest art, if you control them in any way you can be successful".

The team is visiting Zimbabwe from September 27 2 T & T International and where they will play 3 ODIs. 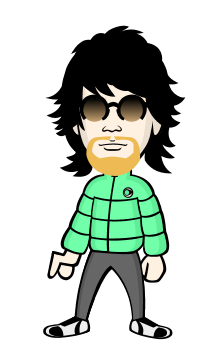