For the first time, researchers have collected evidence, personality traits of a person can affect a person's own health.

Experts and health psychology from the University of Nottingham, UK and University of California at Los Angeles (UCLA) has conducted a study to examine the relationship between certain personality traits with expression of genes can affect human health through active control of the immune system.

According to the research report, scientists have used microarray technology high sensitivity to learn the relationship between the 5 important personality traits of people with two groups of genes activated in the white blood cells (white blood cells Bridge): one related to inflammation and related effects as well as antiviral antibodies.

The researchers recruited 121 healthy volunteers, racial diversity, with an average age of 24 and body mass index (BMI), the average is 23. The volunteers were asked to complete a personality test, measuring 5 important personality traits are extrovert, sensitivity, openness, comfort and devotion.

Blood samples of the volunteers were then extracted for analysis of gene expression. The habit of smoking, drinking and exercise their sports are also recorded.

They detect differences in gene expression of immune cells of a person related to the degree of extroverted and conscientious person.

"Results of the analysis revealed, extrovert correlated significantly with the increase of the gene revealed inflammation, while the devotion associated with the reduction of the gene revealed that. In other words, the extrovert, tend to more exposure to infections by nature sociable, close to the outside of them, have developed immune system is capable of dealing with the infection more effectively.

Meanwhile, the individual may be less exposed to more infections due to the cautious, thoughtful and conscientious of them, the immune system possesses less reactive, "Professor Kavita Vedhara, the led the study, explained.

However, he admitted Vedhara, he and his colleagues did not know what was happening, the biological characteristics decision psychological personality traits or vice versa. The experts did not detect evidence to support a common assumption that the trend of negative emotions, such as depression or anxiety can lead to poor health. 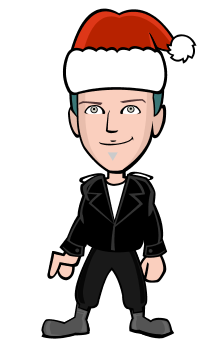