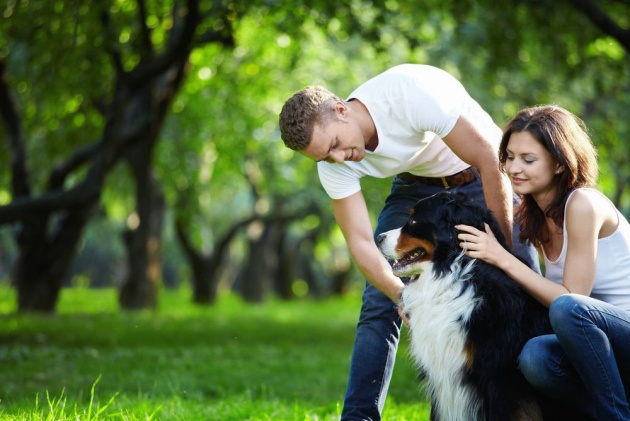 Did you know that pets are beneficial to your health? Apparently yes, and there is enough scientific evidence to back up these claims. Dr. David J. Demko, a Professor of Gerontology and Research Methodology from the University of Michigan, estimated that pet dogs can add two years to the life of its owner. Amazing, isn’t it?

Let’s look at the eight ways pets can help its owner. Take note that most of the studies were done with pet dogs, man’s best friend, but some studies were also done with cats, fishes and horses.

A study conducted by Dr. Karen Allen of the State University of New York at Buffalo shows that when people with high blood pressure take care of a pet dog, their stress levels are reduced and so do their blood pressure levels. In fact, a number of patients were actually weaned off from their medications. Moreover, just the simple act of stroking a dog can actually reduce your blood pressure. Dog owners are happier, less stressed and this contributes to better blood pressure control.

Dog owners are happier.
Dogs can contribute to one’s happiness by causing the release of happy hormones called endorphins, the brain’s natural anti-depressant. Having a pet also releases other beneficial hormones like prolactin, dopamine, oxytocin, and serotonin. Conversely, pets decrease our body’s stress hormones, called cortisol. In 2002, The British Market Research Bureau conducted an enlightening survey on pet owners which showed that: (1) 75 percent said their pets made them laugh and feel happier, (2) 67 percent said their pets offered unconditional love, and (3) 66 percent said their pets provided companionship and lessened their loneliness.

Dog owners have lower cholesterol levels.
Studies in Australia and England have shown that dog owners have lower cholesterol levels and less heart disease. In fact, dog owners were found to be healthier than non-dog owners. The explanation is unclear but it could partly be attributed to more physical activity when you have a pet. Because of their playfulness, pets can bring laughter, affection and a relaxing effect on its owner.

Dog visits help children in hospitals.
A unique study at the University of Wisconsin-Madison Children’s Hospital shows that dog visits make hospitalized kids happier. This is because of the children’s eagerness in expecting dog visits and the happiness they feel by petting the dogs. Tests show that when a person strokes a dog, within minutes their body would release “feel-good” hormones like dopamine, prolactin and oxytocin. These hormones help boost the immune system and help fight off disease.

Pets help reduce pain.
For people with arthritis and body pains, one of the mainstays of therapy is to keep the limb moving. The medical adage, “Use it, or lose it,” applies here. According to Dr. Jeff Burgess of the University of Washington Pain Center, “Pets may help people in two major ways. By initiating and maintaining the relaxation response pets can take people’s focus off of their pain and elevate their moods. Secondly, through touch or physical contact they can block transmission of their pain from the periphery to the central nervous system shutting the pain processing centers down.” In other words, pets alleviate your pain.

Pets help owners exercise and lose weight.
Only a fifth of the population gets the recommended exercise time of 30 minutes daily. Hence, this sedentary lifestyle contributes to obesity, heart disease and diabetes. A study finds that people who acquire dogs increase their amount of physical activity by walking or playing with the dog.

Pets help treat elderly people.
A study of nearly a thousand elderly patients by Judith Siegel, a University of California Public Health Professor, shows that senior pet owners have fewer doctor visits compared to non-pet owners. Another study in The Journal of the Royal Society of Medicine finds that one month after acquiring a dog or cat, seniors have 50 percent fewer medical problems, such as painful joints, insomnia, constipation, anxiety, indigestion, flu, general tiredness and headaches. The obvious explanation is that pets give its owner an incentive to keep active. They have someone to care for, and sometimes, to live for.

After seeing these health benefits, should one get a dog? The answer will depend on your lifestyle. Owning a pet also comes with additional work, expense and responsibility, which can also be stressful. Think about it.

For noted pet expert Dr. Diane Pomerance, the benefits outweigh the inconvenience, "Pets can provide us with so many gifts. They can increase longevity and improve the quality of life."