The PS4 is Sony's most attractively designed piece of hardware. It's a beautiful system, with a sharp, slightly angled profile accented by a light bar that acts as a console status indicator.

On the back, PS4 has gone digital-only with HDMI/optical ports, and no analog audio or video outputs. We appreciate the internal power supply — it sounds like a small thing, but it's one less object to sit on the shelf next to or behind the PlayStation 4.

In the bad column, it's a collection of moderate to minor annoyances. The PS4 doesn't support the new 802.11ac wireless standard, instead relying on an 802.11b/g/n radio at 2.4 GHz — no 5 GHz support here either, all of which is disappointing to see on a consumer device in 2013. More annoyingly to many on staff, the PS4 doesn't include an IR port for universal remotes, nor does it support Logitech's PlayStation 3 Bluetooth Harmony adapter or the PS3 Bluetooth Blu-ray remote. This omission seems to signal Sony's abandonment of the media aspirations that drove much of the PS3's basic design.

Players who want to game privately on their consoles might be temporarily annoyed at the absence of Bluetooth headphone audio support for the PS4 at launch.

This is offset somewhat: the PS4 can broadcast all game audio (and voice chat) to the audio/mic jack on the DualShock 4, which is compatible with all headphones and mobile headsets using 1/8 inch audio adapters — though enabling game audio output on the DualShock 4 disables all audio via HDMI and optical out.

Despite these problems, Sony nails the fundamentals with the PS4 hardware. The half-gloss, half-matte finish is a pleasant visual compromise. It's a grown-up machine, designed more like a stylish DVD player than a gaudy video game console. It's a small, attractive system, and one that also happens to pack more powerful hardware in its diminutive frame than any other console. 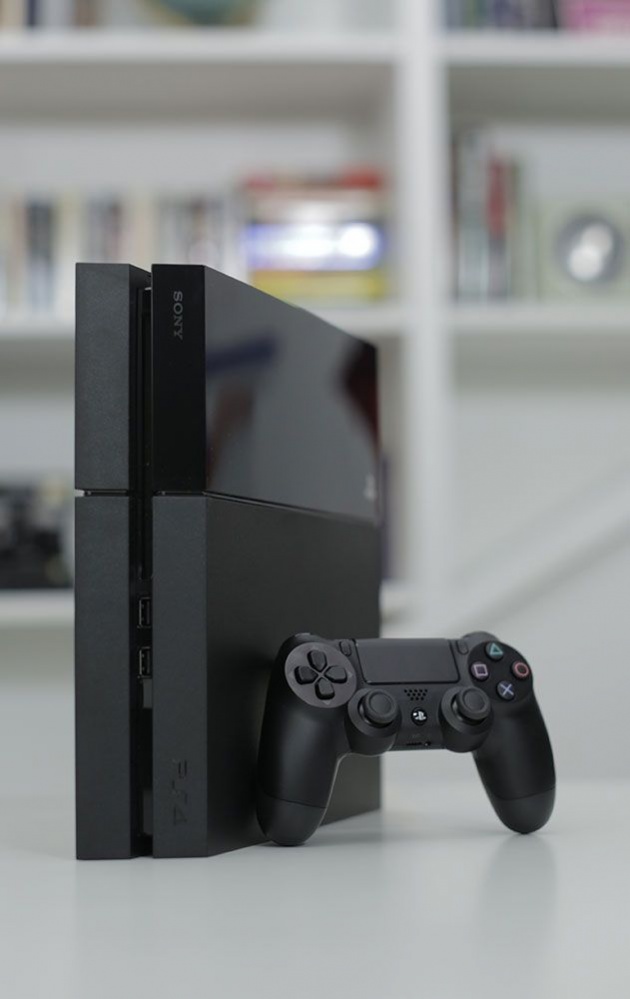 We can say this unequivocally: The DualShock 4 is the best controller Sony has ever made.

Now that the PlayStation 4 and a new console generation are upon us, a contingent of Polygon's editorial staff feels free to finally admit a deep, unbridled hatred of the DualShock 3. The sticks were too close together, too squishy; the triggers weren't triggers; those of us with bigger hands had difficulty using the controller for very long.

Sony has solved every one of these problems with the DualShock 4. Its sticks are farther apart, with semi-concave pits in the middle designed to hold the tips of your thumbs in place. The shoulders feature actual concave triggers with pull similar to an Xbox 360 controller.

The controller is just a little heavier, just a little bigger. It's much more comfortable to hold over long periods of time. Making even die-hard DualShock 3 haters on the Polygon staff converts, the DualShock 4 is the most immediately apparent improvement offered by the PS4 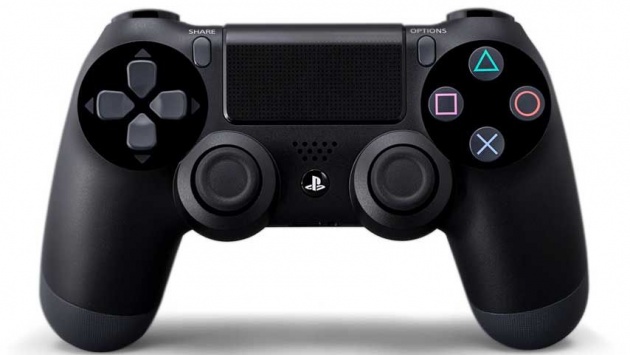 There are several small touches that, as with the console itself, underscore a sense of general hardware quality and polish. The DualShock 4's front-facing light glows blue for the primary connected player and changes colors based on the order in which it's synced to the console. Games can also take over the light and change its color, but the most practical use is the amber glow the DualShock 4 emits while it's charging.

While Sony has seemingly done nothing to expose or surface it, the DualShock 4 also introduces refined gyroscopic and accelerometer-based motion control. It's an incredible improvement from the Sixaxis and the DualShock 3.

Little things stand out. You can temporarily suspend a game at any time by hitting the PlayStation button and, say, change your display or audio settings without quitting the game in question. After seven or eight years of the Xbox 360 and PS3, navigating the PS4's menus and UI quickly and with little lag is one of the more refreshing elements of the next-gen console experience.

One major, appreciated change: the bifurcated User/PSN ID system of the PS3 is gone. You can now skip the PS3's user ID/PSN ID association process and directly download your profile onto the PS4. The PS4 also supports greatly improved user switching, and its guest feature allows you to temporarily download a PSN profile onto a friend's PS4 and delete it when logged out. Other small touches delight — like double-tapping the PlayStation button to toggle between active apps and games. 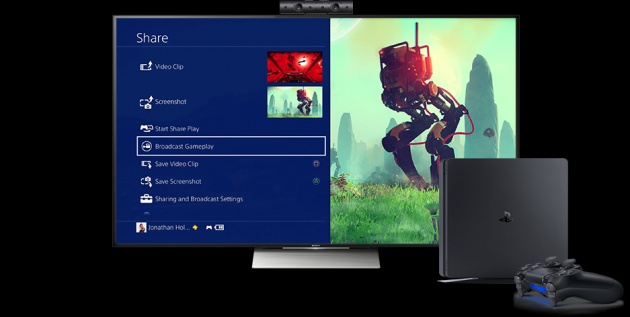 PSN is full of small examples of a system that badly needs reorganization and some cleanup. But make no mistake: Sony seems determined not to get left behind or leapfrogged in online this time around, and the basic functionality that eluded PSN on PS3 is now present.

The day-one inclusion of Twitch integration works well, and it's a good thing — the PS4 encrypts its entire HDMI signal in HDCP, which prevents it from working with most capture devices out of the box. For most users, the Twitch streaming is all you'll need, though we have concerns about general video quality via the system's internal hardware.

Trophies work similarly to the way they did on PS3, but now also include trophy rarity — something we hope everyone everywhere steals as quickly as possible. 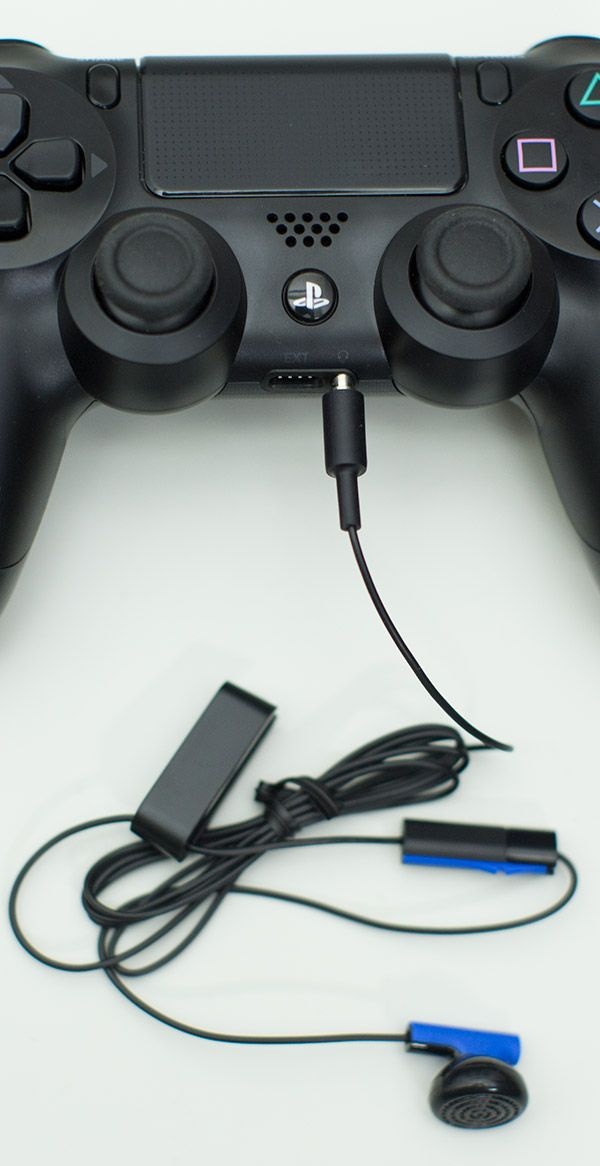 While Sony nixed plans to include the PlayStation Camera with the PS4 by default, it is still for sale, and adds some options to the system. Sony has touted the addition of voice commands to the PS4, though our limited time with this feature yielded mixed results. Commands were limited and poorly explained, and frequently went unanswered.

The easiest comparison would be with the early feature set of the Xbox 360's Kinect. The PlayStation Camera is a higher-definition device, and is likely more advanced, but there is a distinctive "first attempt" feel to the camera that seems at odds with the PlayStation 4's efforts at broader platform streamlining and refinement. But worse for Sony, its capabilities and functionality look downright primitive in comparison to the Xbox One's Kinect. 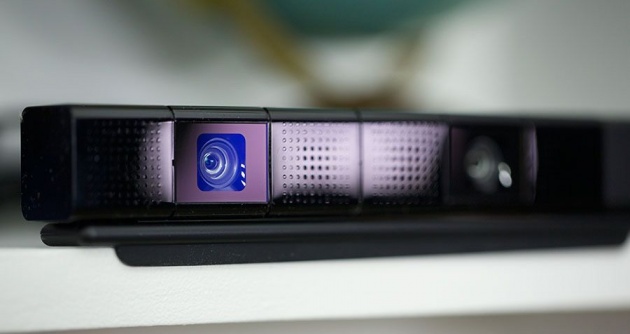 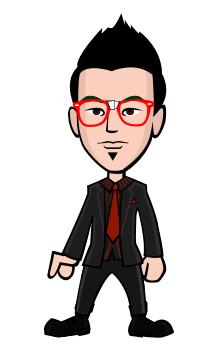