one of the old seven wonders of the world is the PYRAMIDS , those three pyramid-shaped structures which were constructed 7,000 years ago by the ancient egyptians whom are called the PHARAOHS .

basically the PYRAMIDS were constructed to be tombs for the kings of the old PHARAOHS .

actually , there are more than 3 PYRAMIDS in EGYPT ,they are 138 PYRAMIDS all over EGYPT according to the information of http://en.wikipedia.org/wiki/Egyptian_pyramids , but the most popular 4 of them are the three PYRAMIDS of GIZA and the one of SAQQARA which was designed by the architect Imhotep . 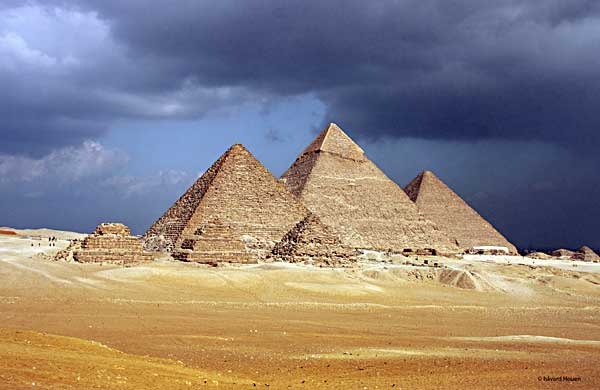 the greatest pyramid of the three PYRAMIDS is called KHUFU which was built to be the tomb of the king KHUFU , it was built in 20 years and it consists of an estimated 2,300,300 blocks , its estimated mass is 5,900,000 tons .

this pyramid was the tallest construction in the world for over 3,800 years till the spire of Lincoln Cathedral was constructed as it stands for 160 meters tall .

note : to make sure of this information you can check http://en.wikipedia.org/wiki/Great_Pyramid_of_Giza . 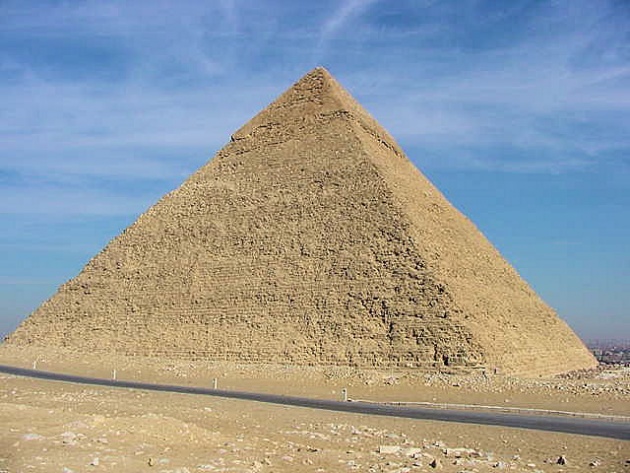 the second one is called KHAFRE and also know as the Pyramid of Chephren which , it was built to be the tomb of the king KHAFRE , actually the KHAFRE pyramid appears to be taller than KHUFU pyramid as its bedrock is taller .

the pyramid is made of limestone blocks which weighs 2 tons for each but there is no information about how long it took to build it or how many blocks it needed and to make sure of the above information you can check http://en.wikipedia.org/wiki/Pyramid_of_Khafre . 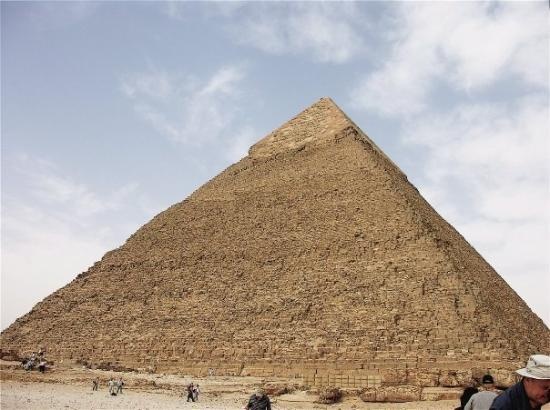 the third one is called the MENKAURE pyramid and it's the smallest on of the three PYRAMIDS , it was built to the king MENKAURE and he is the son of the king KHAFRE .

it was constructed of limestone block and granite and the upper part was cased of the normal manner of ture limestone but also there is no information about how long it took to be constructed or how many blocks it needed and to make sure of this information check http://en.wikipedia.org/wiki/Pyramid_of_Menkaure . 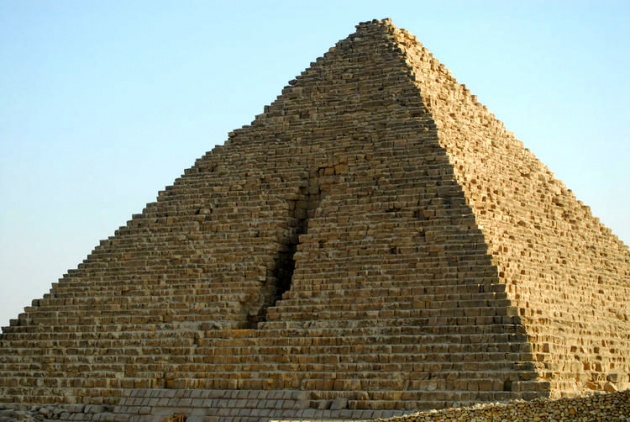 SPHINX is that great structure that stands in front of the PYRAMIDS of GIZA , SPHINX is a legendary creature which consists of the body of a lion , the wings of a great bird and the face of a woman but this last point is not certain as it's said that SPHINX's face is the face of the king KHAFRE but there is no certain date about when it was constructed so no body knows about that point .

there are some other SPHINXES all over the world but the one in GIZA is the greatest and biggest one .

note : to make sure of this information visit http://en.wikipedia.org/wiki/Sphinx . 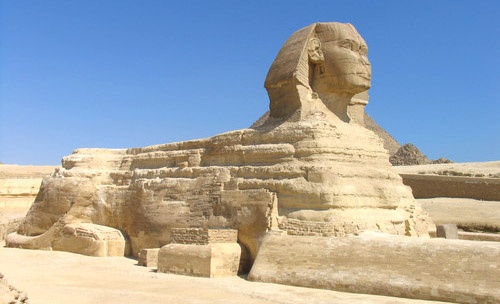 hope you enjoy reading the blog and let me know about your opinions of it .