Religion (from O.Fr. religion "religious community," from L. religionem (nom. religio) "respect for what is sacred, reverence for the gods "obligation, the bond between man and the gods is derived from the Latin religiō, the ultimate origins of which are obscure. One possibility is an interpretation traced to Cicero, connecting lego "read", i.e. re (again) + lego in the sense of "choose", "go over again" or "consider carefully". Modern scholars such as Tom Harpur and Joseph Campbell favor the derivation from ligare "bind, connect", probably from a prefixed re-ligare, i.e. re (again) + ligare or "to reconnect," which was made prominent by St. Augustine, following the interpretation of Lactantius. The medieval usage alternates with order in designating bonded communities like those of monastic orders: "we hear of the 'religion' of the Golden Fleece, of a knight 'of the religion of Avys

According to the philologist Max Müller, the root of the English word "religion", the Latin religio, was originally used to mean only "reverence for God or the gods, careful pondering of divine things, piety" (which Cicero further derived to mean "diligence"Max Müller characterized many other cultures around the world, including Egypt, Persia, and India, as having a similar power structure at this point in history. What is called ancient religion today, they would have only called "law"

Many languages have words that can be translated as "religion", but they may use them in a very different way, and some have no word for religion at all. For example, the Sanskrit word dharma, sometimes translated as "religion", also means law. Throughout classical South Asia, the study of law consisted of concepts such as penance through piety and ceremonial as well as practical traditions. Medieval Japan at first had a similar union between "imperial law" and universal or "Buddha law", but these later became independent sources of power.

There is no precise equivalent of "religion" in Hebrew, and Judaism does not distinguish clearly between religious, national, racial, or ethnic identities. One of its central concepts is "halakha", sometimes translated as "law"", which guides religious practice and belief and many aspects of daily life.

The use of other terms, such as obedience to God or Islam are likewise grounded in particular histories and vocabularies. 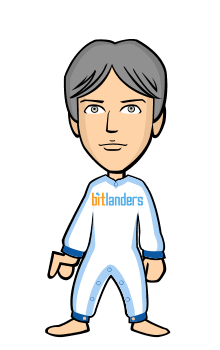