Remembering That Games Are Fun

So, as a few of you know, I've been having some computer related issues as of late. Thankfully one of my brothers was able to help me figure out what the problem was. The video card needs to be replaced because its cooling fan no longer works and the card keeps overheating every time I did something that required any kind of processing power.

For now, until I can afford a new video card, I'm using a short term fix. Namely getting cooler air to blow around my computer so the video card won't overheat. It's working for now and its keeping my computer running about as well as it was working for the past year or so.

Taking the opportunity to work with a semi functioning machine, I decided to do something I haven't taken the time to do in what feels like ages. And its weirdly funny because while I do enjoy gaming quite a bit, I haven't actually played as much as I've been able to do in the past. And it's not because I've been working on my animation projects either, because I've still would have had time in the day to bust out one of my downloaded games. I just haven't taken the time to do so because I've been very stressed out about other things...

But today I decided I would take the time, especially since I downloaded a game from Steam that I have been wanting to play literally for years. And that game is Burnout Paradise. 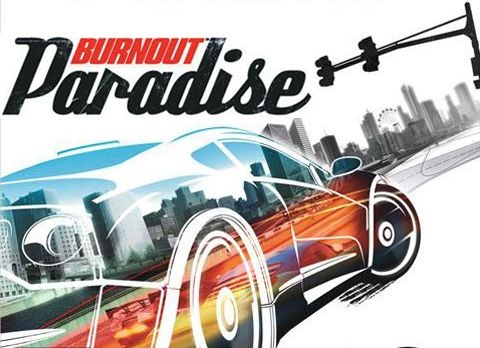 Burnout Paradise is an open world racing game that came out about 7 years ago originally on the Xbox 360. I downloaded the demo for it even back then but for some reason, never actually went out and bought the game for that system. I used my resources and time back then to get other games from the Halo and Mass Effect series, but not Burnout Paradise. And I guess the reason for that is I wanted to control the game using a racing wheel controller. I still don't have one, even for my PC, but I wanted to get the game anyway since it was available to buy off of Steam, and I am glad to have made that purchase.

I remember really enjoying the demo of Burnout Paradise way back in 2008 and getting a chance to take another crack all the way here in 2015 has been worth the effort. The game controls very well, even on a regular handheld controller, and though the visual effects and graphics do look a bit dated nowadays, it still looks pristine and crisp and it is an absolute blast to drive like an out of control maniac through the winding streets of Paradise City. :D

But my short stint in playing Burnout Paradise today really reminded me of something I seem to have forgotten over these past few months of working through various frustrations in life as well as technical limitations. Games, in this case video games, are meant to be a fun form of escapism where you can do and perform acts that you never could in real life. You can do amazing things like drive a car with the skill of an experienced stunt driver, or the insanity of a crazed chimpanzee, or enter other worlds of high fantasy and incredible storylines. And it can be very fun. It can be a lot of fun to experience these gaming worlds just for yourself in those quiet moments that you have alone.

Lately, I feel like my life has been filled with just one worry to the next. How am I going to do this? How will I take care of these people? Why are these other people so cruel and mean, and what can I do not to feel so much hurt and pain? Naturally, gaming alone won't take away these worries I have, or fix the problems I find myself besieged by. Life is full of problems big and small, I get that. I guess what I've let slip by the wayside is the fact that even in the darkest and most bitter moments, there are some things that can add just a bit more levity and make life slightly more bearable. Gaming does that for me, and it has done that for me in the past as well when facing some really big hurdles in my life.

I just hope not to lose sight of the fact that it can still do so for me in the here and now. Gaming can be fun people! So enjoy it, or enjoy whatever other hobbies you might have that soothes your soul. ;)