I couldn't resist watching another Filipino Tagalog movie after being entertained with the previous Camp Sawi the Movie. I had posted a review about that comedy-drama movie which also received a positive rating from Miss Hillary. If you want to read about my blog about Camp Sawi, check the link here: What to Learn About Moving On From Camp Sawi (Camp Misery) the Movie?

Today's blog is again a Tagalog movie which deals with the issues of most Filipino women these days. I will be dealing with the story and its connection to the real world later on within the blog. For the introduction, I just want to let you know that I have nothing against any sexual gender preferences and I am just stating what I am observing with the society. I will also be stating about my own belief here regarding the gender preferences together with a review of the movie and its application to the current world.

Portrayed Kylie, the main character who have trust issues with closet gays because she had been into several relationships with the same kind of guys. She rants about it whenever she gets drunk however, she had mistakenly considered Diego as gay but ended up being in love with him. 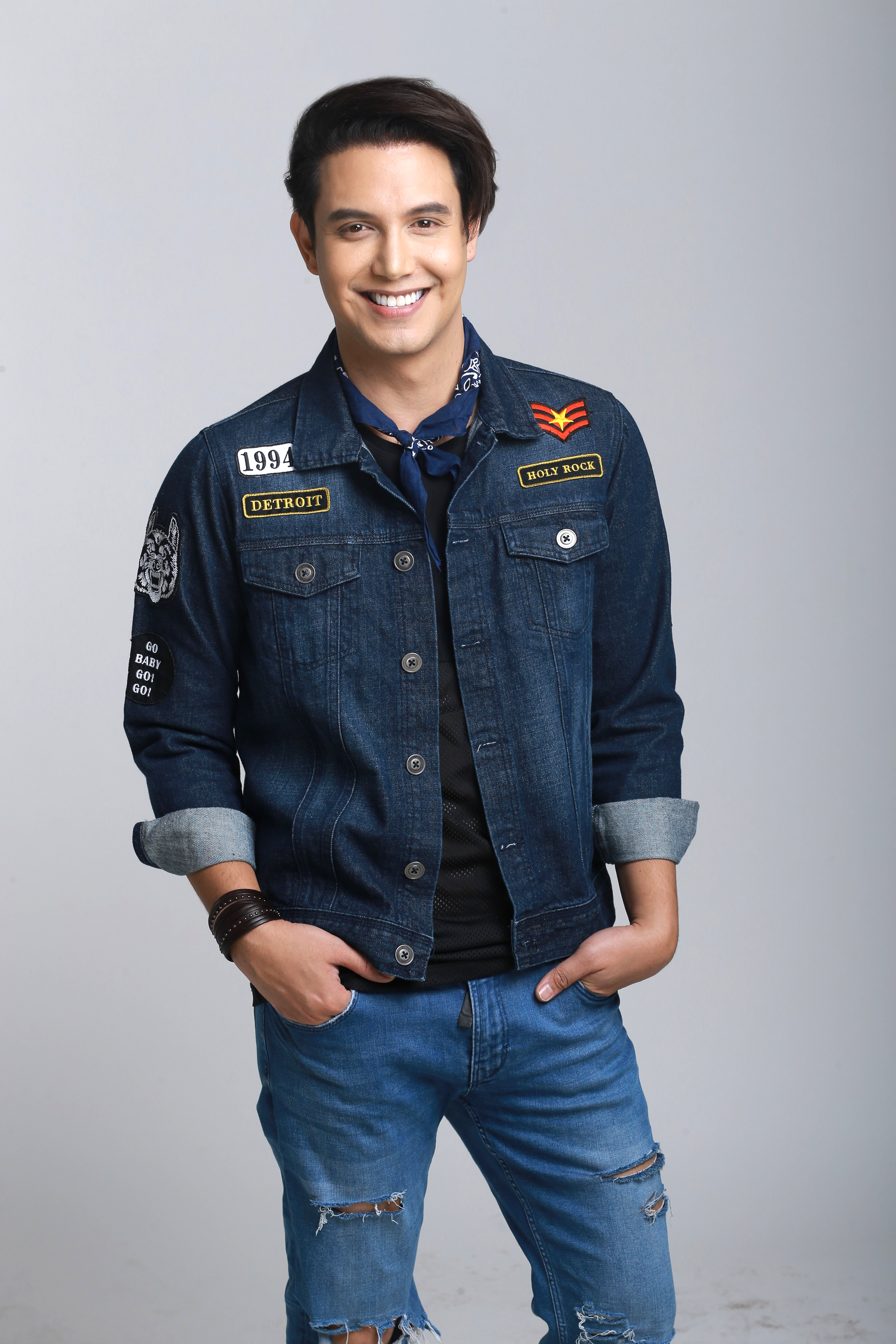 In the movie, Paolo played Benj who's a closet gay. He had a relationship with Kylie but ended up being best friends. He is also in love with his childhood friend and plays buddy, Diego. He then found out Diego is getting married and want him to plan their wedding. He sets out a mission to get Diego's feminine side out with Kylie's help.

Acted as Fiona, she's Diego's fiancee who is a career woman. She couldn't attend to the majority of the wedding activities because of her work and tight schedule. Her brat attitude eventually turned Diego off and fall out of love. 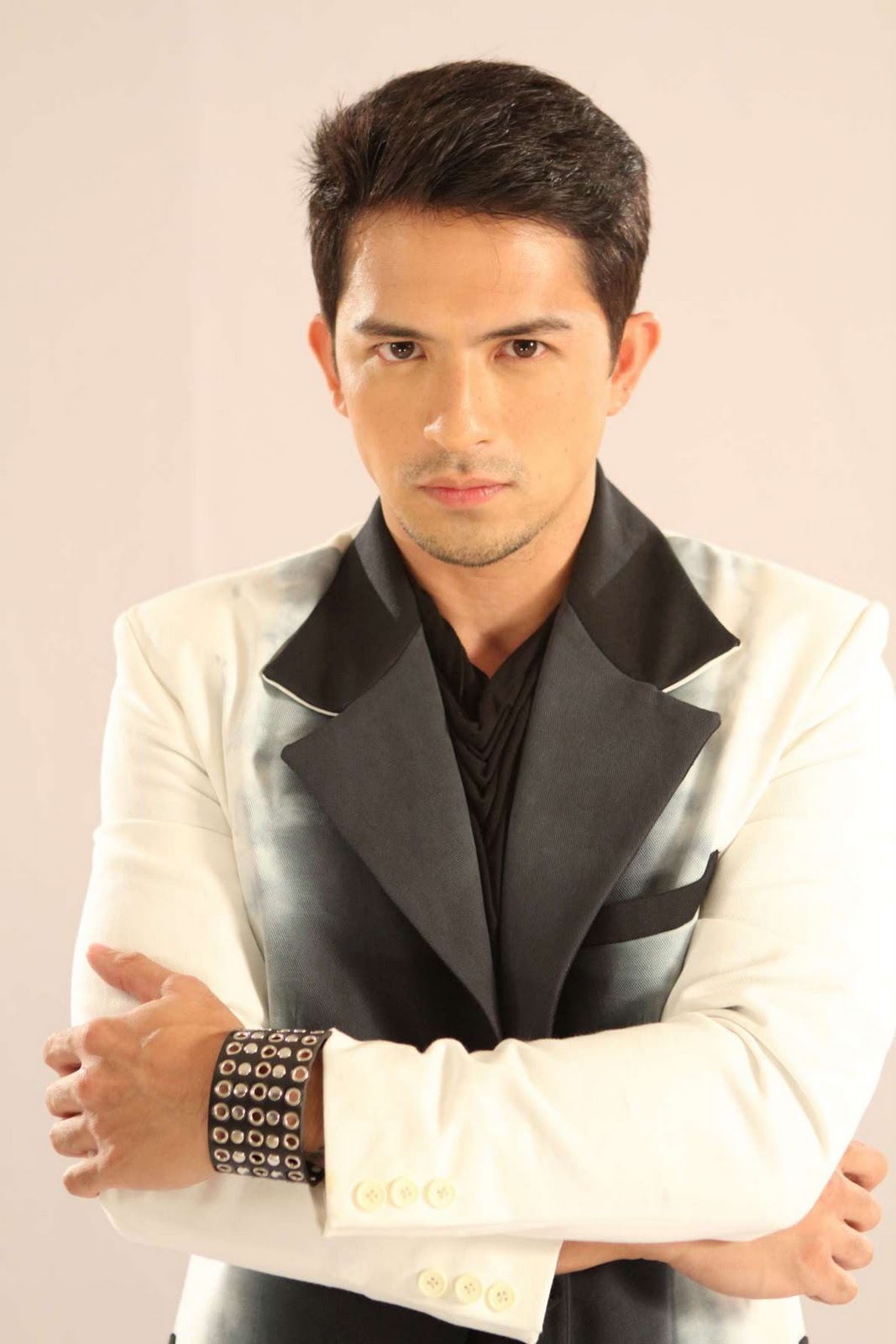 Dennis played the role of Diego, the Benj's childhood friend. He moved to the US and met Fiona whom he became fiancee. Diego met Kylie because of the wedding plans, because of having too much time together, they ended up developing feelings with each other. Diego is not gay.

The film as directed by Vic del Rosario Jr. opened up with Kylie (Anne Curtis) walking down the aisle towards the altar with a voice over while introducing the groom like she's the bride but no, she was just the maid of honor and the what I thought was a bride was actually another groom, yes, its a man-to-man type of wedding ceremony. I was not expecting that to happen though but anyways, Kylie started ranting over the fact that whoever she gets into a relationship with ends up being gay and she's always left being single.

After going through a couple of relationships with gay prior to learning that they are really gays hiding in their closet, she somehow had learned the main characteristics of being a closet gay. She can figure it out by the looks through the hair trim, the clothes he wears and the simple reactions.

The Bakit Lahat ng Gwapo May Boyfriend movie title was also derived from her situation, asking why every handsome guy he met and get into relationship ends up being gay who would just use her to cover up his real gender preference.

Kylie works as a wedding planner together with her crush, Benj whom she also got into a relationship but ended up as gay as well who's still keeping the secret without the two of them. Benj (Paolo Ballesteros) has a childhood first love in the person of Diego (Dennis Trillo) who had just returned from abroad to marry Fiona (Yam Concepcion) and hired Benj to be their wedding planner. 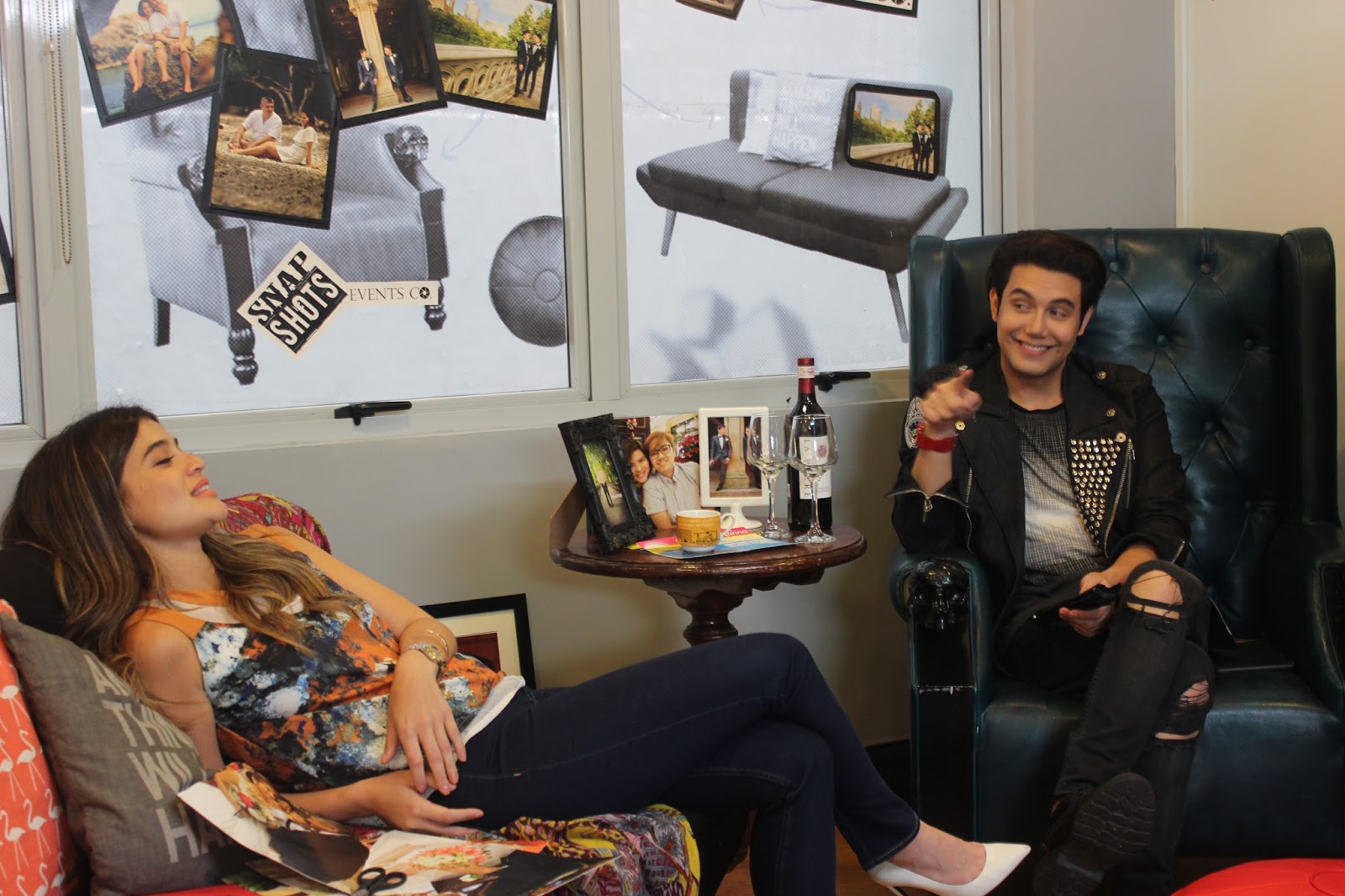 Because of bitterness, Benj wants to find out if Diego is really straight or he's been hiding his real identity as well under the closet so he asks Kylie to help him with the investigation and in getting that inner secret out so he and Diego can be a couple at the end.

As the story and the wedding planning progresses, Fiona has been always away for work, unable to join Diego with the wedding plans. From the entourage to the marriage seminars, it was Kylie who's been with him and eventually, he started to fall out of love from Fiona and started to look at Kylie a different way although he knows for a fact that Kylie was introduced by Benj as his girlfriend.

Kylie, who's always with Diego had somehow developed feelings for him. She doesn't want to be disappointed in the end because she already felt like Diego is really gay, so she ended up avoiding him. She gave the project back to Benj and stopped seeing Diego.

A few nights prior to the wedding, Kylie and Benj were invited for dinner at Diego's place. Kylie ended up getting drunk and she has the tendency of ranting when drunk. She soon spilled out that she finds everyone including Diego as gay, she had humiliated almost everyone in the room. She went out while Diego ran after her. This was revelation time, she then revealed her feelings to Diego but she regrets having that feeling when she knew in her heart that he is gay! Diego on the other hand, surprised with her revelation swore that he is not gay.

After the event, things were sad for Fiona and Diego, they separated ways. Diego found himself also falling for Kylie and they ended up as a couple. Benj, on the other hand, married his friend Ramon Ramon.

Application to the Society

It is evident that in this generation, at least in the Philippines, there are a lot of gays. In schools, offices, society, household, almost majorities if not all families are having members who are gay or perhaps some are covering up their gender by showing their manly outward look but deep inside, they had been keeping their feminine side within.

I have heard of friends who were showing themselves as straight a few years ago but then ended up having relationships with another man later. I have seen some who were really manly, but after a few years, they're already cross-dressing.

Being gay for me is definitely a sin. Humans have been designed to be man and woman but it is the person's confusion that brought him to think he is a woman who has been trapped in a man's body. Its emotion and feelings as well as influences around them that had made them think they are better off as gay.

Again, I am not against gays, in fact, I have friends who are gays. I share my own perspective with them and they respect my opinion. I ended up praying for them, hoping that God can change their hearts and minds, I know that He is the only one who can do that. 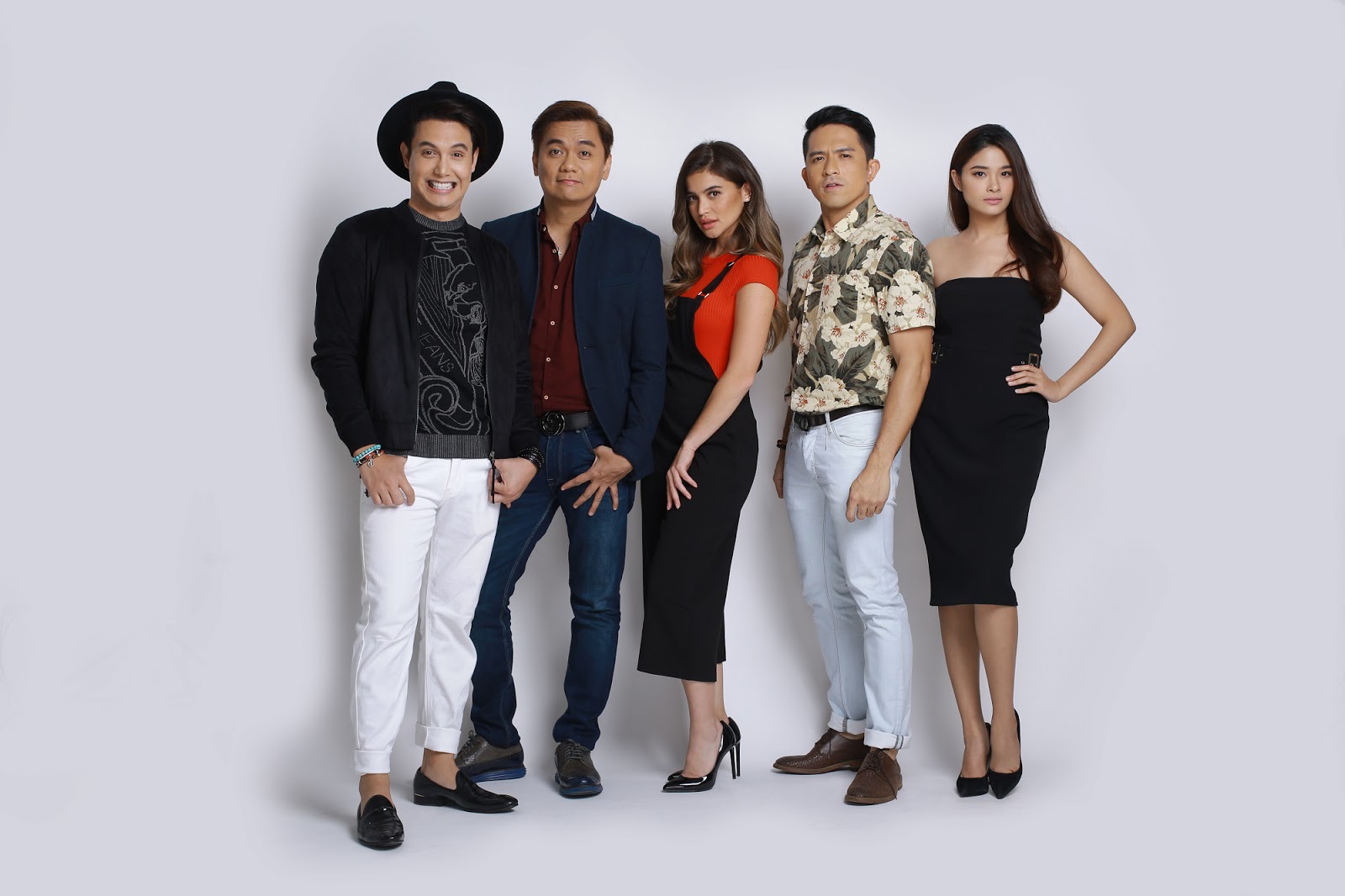 Although a little exaggeration, the case of Kylie's having affairs with those men who turned out to be gay is very evident in the society nowadays. There are several cases of gender change especially in the world of show business but it also occurs to anybody in the society.

But I truly believe that the Bakit Lahat ng Gwapo May Boyfriend movie had brought negative effect and influences to the viewers. First, it showed same-sex marriage which is not legal in the country and not right in the eyes of God.

Second, it showed the tendency of a man who's engaged and about to get married to be foolish and look at another woman. This is infidelity. Also, I never thought that during a marriage seminar, couples have to practice kissing, this is not true in any wedding seminar, at least in my experience and knowledge.

I hope the viewers of this movie has not really taken it seriously and won't follow whatever was portrayed in it. For those notes taken, I am giving it only four out of 10 stars.