Room to Grow by Matthew Gudwin

The previous episode Not Lost in Translation

Before heading to Hong Kong to conduct business for his father, our character and Mr. Gahtan went to Tokyo on another business related trip.  While there he managed to meet many prominent chairmen and bankers along the way.  He remembered one occasion when the head of the Bank of Tokyo invited him for lunch.  With this gesture, he wondered what a person gives as a gift to a bank chairmen?  In the end, someone simply told him to present him with cartons of cigarettes.  On the day of the lunch a banker by the name of Eisuke Ono, Yoko Ono’s father picked him up at his hotel.  At this time Yoko was still only a teenager and many years away from being famous.  Mr. Ono ran the foreign affairs department for the Bank of Tokyo.  He also spoke fluent English and French. 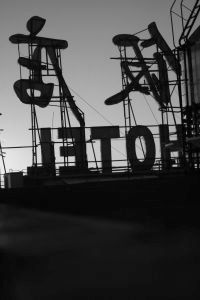 After Tokyo David and our character finally arrived in Hong Kong.  As previously stated in the last episode, David’s instructions from our character’s father was to look after over his son’s well being.  However, some things were uncontrollable.  For instance, staying in a hotel room for over a month was impossible if you were a foreigner.  At this time none of their connections could help our character out, so he got creative.  He was able to locate a hotel that allowed him to rent one week at a time called the Cecil. The only drawback was that he needed a local person to rent a room out for him.  In addition, because Hong Kong was insanely crowded with businessmen and many restrictions were placed on outsiders, he was forced to turn his hotel room into his office.  The hard part about this was the lack of a telephone in the room.  Our character decided to hire people who could do the room renovations and also double as office help.  As weeks went by all his workers used their name to continue to rent out the room.

Each day on his way to lunch and then dinner our character would pass by the same beggars on the street. Our character never got used to the sight of the homeless and always helped when he could.  He decided to kill two birds with one stone.  He realized that they could help each other out and would give them ten Hong Kong Dollars for registering his room in their name.  Our character admits “You had to be twenty-three to do something like this.  As a young man it was quite exciting to meet the challenges of not having a place to live or to work – all the things we normally take for granted.  Had I been older, I don’t think I could have done it.  Still, after two months I couldn’t take it any longer.”

I have to admit I experienced something just like this man yet at the same time slightly different.  When I was in my early twenties, I left New York with a job transfer to Los Angeles.  Upon arriving I did not have a car or a place to live, only the job.  For two months I lived in the Venice Beach Youth hostel often checking out then re-registering in the same day.  They gave weekly discounts but not monthly, and you weren’t technically allowed to stay as long as I did. However, I became close friends with all the people who worked there, and kept written material for if and when I could publish these experiences.  In terms of beggars, it is a word I prefer not to use when describing the homeless.  It is a touchy situation because each person has different experiences that lead, or have led to this unfortunate situation.  Some evenings I would cruise along the boardwalk where they all sleep and speak to many who call it their home.  Every now and then when I could afford it, I would bring someone food, but the fact remained that it was never enough.  Although I had little to give, I did what I could.

Stay tuned as we continue on to the next episode where our character finally finds a place more comfortable to live and work.