I was a Junior Game Designer at keen games and worked on Sacred 3. I joined the development team in May 2013. Overall development was a bit longer, as you may know. My main tasks where design, implementation and maintenance of the enemies and the bosses.

I'm sorry for the die-hard Sacred fans, that didn't get the game they wanted to have. As a developer I received a free steam key for Sacred 3, which I would like to give to a disappointed fan, who did not purchase the game already. It's not much, just a gesture.

I've read a lot of hate against my former employer keen games, that they destroyed the franchise (on purpose)... All I can say is, that you should not overestimate the power of a developer in a "work for hire" constellation with a big publisher.

It is, in many ways, a fitting place to begin our examination of Sacred 3. With a pair of well-regarded titles already in existence, both firmly planted in the action-RPG genre, Sacred 3 had what amounted to a built in audience on which to unleash the game. Yet it does not take long playing the game to determine that Deep Silver and Keen Games have let down the series' existing audience and are unlikely to garner very many new fans either.

The bottom line is that simply calling a game "Sacred 3" doesn't mean it that it actually is Sacred.

From a graphics standpoint, Sacred 3 is fine on the eyes. Areas are well rendered and quite detailed. With the isometric viewpoint, players can see a wide area surrounding their character that is generally packed with breakable containers and other decorative touches. More troublesome is the fact that the same textures are used throughout any given map with little or no variation from its beginning to its end as well as the fact that some places just seem unfinished somehow -- out of focus and pixelated in a sense.

As stated, however, Sacred 3 is fine on the eyes yet, simultaneously, it is nothing special either.

More bothersome than the aesthetics is the gameplay, the true lifeblood of any action RPG. To put it bluntly, Sacred 3 plays like a console arcade game inexpertly ported to PC. Believe it or not, S3 does not allow for point and click movement and it does not have a free-roaming camera. Players are handicapped by the inability to easily turn characters to face incoming waves of monsters, which are plentiful in the extreme, and are not able to minimally help themselves by being able to rotate the camera to assist attacks. This awkward combat system becomes obvious when a character is behind a wall or in a corner.

Of course, some will say, "Get a PC game pad controller and it'll be easier." They are correct in that assessment. Yet many PC players opt to play on this platform specifically in order to use a mouse and keyboard. With the option for players to implement WASD movement and a free roaming camera, PC players would be able to more successfully navigate Sacred 3 rather than feeling forced to use a game pad whether they want to or not.

As far as getting into the character action , players can take on one of five roles (gender-locked, by the way): the Safiri warrior, the mid- and melee-ranged Ancarian, the ranged Khukuri archer, and the magic wielder Seraphim. Players are given no customization options of any kind before being taken into the game.

What Sacred 3 does do well is to give players ample and plentiful opportunity to slay hordes and hordes and even more hordes of monsters that pour at them in waves. There are some interesting ways to do so as well, such as picking up an enemy and flinging the body at another for an almost guaranteed instant kill. Combination attacks are performed by using 1, 2, left mouse and right mouse buttons with skills 'leveling' every now and again --- usually a long now and again.

In addition, teams of up to four can cooperatively and competitively take on the game. Teams form to cooperatively work to take out the waves of monsters yet at the end of the level, players are ranked in order of how many each player killed. It's an interesting take and gives players reasons to brag.

Then there is player progression, a misnomer to be sure. You see, while players do level up, it feels more as if it is the gear and skills attached to them that actually gains rather than the player. When a player 'levels', new branches on each weapon's or skill's tree opens up that can be purchased for gold. Occasionally, a new weapon will be awarded for reaching certain milestones as well.

This, however, brings up a huge issue with Sacred 3: No phat lewt.

Read that again: No phat lewt.

There are few games that would dare call themselves an 'action RPG' that omitted the hunt for better and stronger and more powerful items for players to wear and wield ala Diablo 3 or Path of Exile. Inexplicably, however, this is precisely what is missing from Sacred 3. Players will not hear the merry CLANG of a sword falling to the ground. They will not gleefully open an ancient squeaking chest to see what's inside. All of that glorious fun has been stripped out of Sacred 3. The only thing players will see drop is gold -- piles and piles of gold the collecting of that does not allow the purchase of better and stronger loot, just upgrades to what has been assigned to a character.

Even the story is lacking. Granted, most action RPGs struggle with stories that make sense given the overall theme of "kill stuff, get stuff". Yet Sacred 3 has taken the genre (and it's arguable whether it should even be called an ARPG) to new lows. There are no quests to speak of and the overarching story is wholly forgettable. What players find are individualized maps that have no connection to one another, no advancement in the 'plot' and no real reason for being other than to kill monsters (see above).

Lastly, and this must be mentioned, the development team obviously wanted to divorce itself so far from the series' predecessors that the "story", and that word is used very loosely here, includes the snarkiest and most bizarre conversations ever. Bad jokes are abundant, as are off-colored comments that, at least initially, will earn a few chuckles. It doesn't take long, however, to tire of it all and want to scream, "Just shut UP already!"

In the end, while fast paced and good for a fitting end to a bad day at work, Sacred 3's gameplay simply lacks everything that makes a great ARPG: Loot, leveling, questing, and a basic (and well-written) story.

If all the above doesn't scream, "Nothing to see here", then it must be stated plainly: Except for a very few and very small things (flinging bodies to kill monsters, for example), Sacred 3 brings nothing new to the genre. Anyone who has ever played either 1) an arcade beat-em-up; or 2) an action monster slaying game has "been there, done that".

Can't take this one away from them. The game is well tuned with few bugs, though there seem to be some graphics errors from time to time that leave the locations looking blurry and pixelated.

Longevity: There is the possibility that those who love nothing more than the most basic arcade beat 'em up action will play this game for a few months before tiring of its repetitive "going nowhere fast" nature. Everyone else will fire it up, play an hour or two, shut it down and regret every dime spent. The future isn't very bright.

There simply are not enough ways to say, "Do not buy this game". It is not worth its price tag and the dollars spent to hours of enjoyment is missing in every conceivable way. Perhaps there is a tiny niche of players who will enjoy it for a time before moving on but, as yet, they haven't materialized. 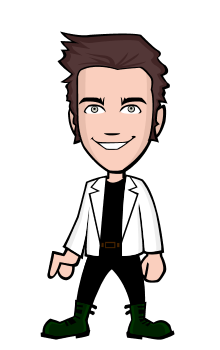 I am just an ordinary boy living in an ordinary world. To live, laugh, and love are the things i wanna do. :)) Positive thinker.^^