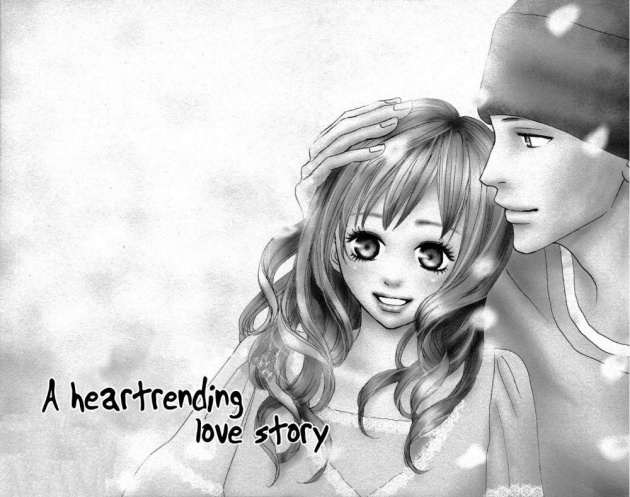 Do you think it's possible for a sad love story - or, for that matter, any kind of story - to be written from beyond the grave?

If I'd been asked that question twenty years ago I'd have answered with an emphatic "No!" But now - well, let me put the facts before you so that you can judge for yourself.

The first love story ever to deeply affect me was CAMILLE, starring Greta Garbo. The tragic heroine, the handsome lover, the tearful bedroom scene - when have there been more tear-jerking ingredients for a film?

Around the same time I saw GONE WITH THE WIND and wept when Rhett Butler delivered his last line - "Frankly, my dear, I don't give a damn!" Afterwards, once my tears had dried, I mentally re-wrote the line and went on to concoct a satisfactory sequel in which Rhett and Scarlett O'Hara came to their senses, living and loving together more or less in harmony thereafter.

Back, then, to my sad love story and its origins. It all began with my grandmother, who was always something of an enigma for me. I knew that she had once been an actress. I also knew that she had been (and still was) married to my grandfather. But the odd thing was that he lived in Vienna... and she lived in London.

Another odd thing was that they used to live together in a castle in Czechoslovakia! That wouldn't in itself be odd, except that when I questioned why they didn't still live there I received the answer that after the Nazis moved out the Communists moved in. What kind of answer was this?

Well, of course I continued questioning and gathered over time that the war had robbed my grandparents of their castle, along with their brewery, bleach works and linen factory, and there seemed to be scant chance of any of these being restored to family ownership.

I gained the distinct impression Grandma was glad of the distance between them. 'Curiouser and curiouser', as Lewis Carroll's Alice would have said.

The more I thought about it, the more curious it all became. My curiosity was roused most of all by how they came to meet and marry in the first place.

"I suppose you must have fallen madly in love with him," I mused aloud when the opportunity arose. "Is that why you left the theatre and went off to live in Czechoslovakia?"

"If you say so", Grandma smiled.

"I'm not saying so!" I responded crossly. "I'm asking you an important question. "Why can't you just tell me... did you love Grandpa more than you loved the theater?"

"You're too curious for your own good, my sweetheart. By all means think that, if it makes you happy."

"It doesn't. I'll only be happy once I know the truth."

"Because this was real life - not the kind of story-book endings you like. Some day, though, if your curiosity continues, I expect the truth will be revealed to you and then you might decide to write my life-story." After reflection she added: "I'd like that."

Grandma was looking at me weirdly. Uncomfortable under her prolonged scrutiny, I asked her how it could be revealed if she refused ever to answer my questions.

"I won't always refuse," she said, "but you're too young to know the truth yet. When you're old enough, whether I'm alive or dead, I'll see you get the answers you're after."

Her words were more prophetic than either of us could ever have expected back then. For Grandma had died by the time I felt even remotely equipped to write her life-story - and she had never answered my most crucial questions satisfactorily.

So what was I to do? Although I had never written a biography, I was the published author of a hardback novel set in two time-scales simultaneously and the subject of time fascinated me almost endlessly. Could I do some research, then propel myself back to 1919 and live Grandma's life vicariously?

If I could, I would - but as I'd never have enough hard facts for a biography, a novel it would have to be.

Well, I set to work on my research - which was more exhaustive and exhausting than I had ever dreamed it would be - and finally I began to write.

Soon after I wrote my first sentence Marie Howard, my heroine, assumed a life of her own, barely needing me. Words came mysteriously into my head whose meanings I had to check with my dictionary. Characters arrived, larger than life, and played their unforgettable part on the canvas of my imaginings.

Or was I imagining these things as charismatic Marie bewitched audiences and men back in 1919? I had the sense that times past were now resurrected and that the sad love story I was penning was fact rather than fiction. I also had the sense that I was not working alone - that Grandma was at my shoulder, prompting, prodding... ensuring her story became known.

So - was she? Knowing the force of her will in life, I'd be surprised if this ceased after she died! 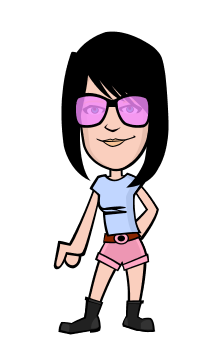 i love to do what i am doing right now.
please leave me some comments! :-)