In digital circuit theory, sequential logic is a type of logic circuit whose output depends not only on the present value of its input signals but on the past history of its inputs. This is in contrast to combinational logic. 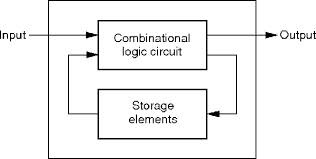 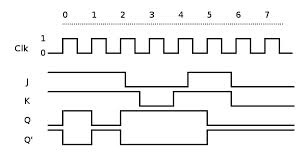 Sequential logic is used  to construct finit state machines, a basic building bolck in all digital circuitry, as well as memory circuits and other devices. Virtually all circuits in practical digitl devices are a mixture of combinational and sequential logic. 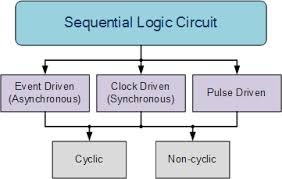 In synchoronous types, the state of the device changes only at discrete times in response to a clock signal. The basic memory element in sequential logic is the flip-flop. The output of each flip-flop only changes when triggered by the clock, pulse, so changes to the logic signals throughout the circuit all begin at the same time, at regular intervals, synchronized by the clock. 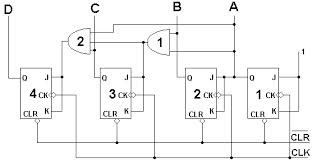 In asynchoronous circuits, the state of the device can change a any time in response to change inputs. The main problem is that digital memory elements are sensitive to the other that their input signals arrive. If two signals arrive at almost the time, which state the circuit goes into can depend on which signal gets to the gae first. 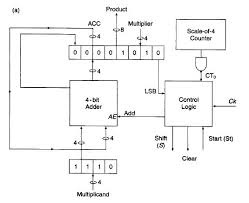