Set Your Expectations for Sinulog 2018

Joining festivals just like the upcoming Sinulog Festival may sound fun and enjoyable. It is a religious activity thus parties and street drinking should not be allowed but it was okay before and it created a huge issue with teenagers getting drunk on the side streets and were left to sleep there. So parties are now not allowed by the current mayor. There will still be parties but this will be available only far away from the actual street dancing parade.

The celebration starts a week before the actual street dancing, every day and every night, there are certain activities in Fuente Osmena circle. There are tons of people during these events but the main one street dancing parade on Sunday is where the massive crowd comes. 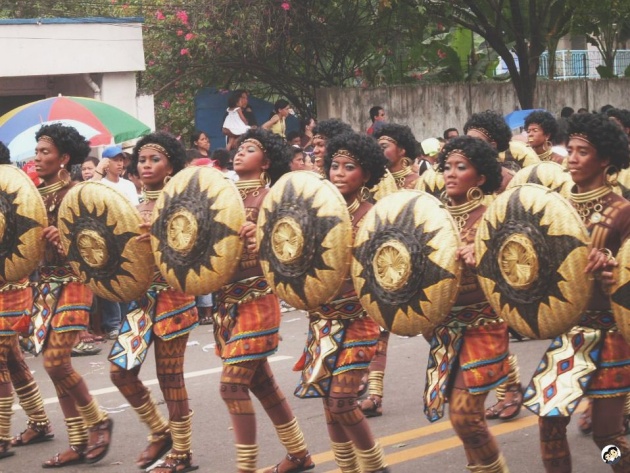 There are devouts bringing with them their Sto. Ninos, there are tourists who are finding their way out of the streets, there are locals who are already very well versed with the routes and where to go during the event and there are participants for the parade. All of these will come into the parade route starting from the Sto. Nino basilica down to the streets of Fuente into the wide area of Cebu City Sports Complex. 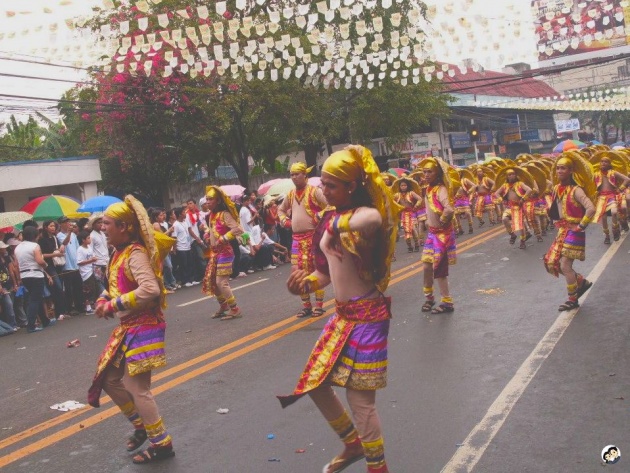 So you'll get it by now how the crowd would be, there are even parts of the parade where the dancers would have a hard time moving around due to the crowd. Be prepared by bringing necessary things such as water, towel, umbrella, and cash. You can even bring with you portable chairs so you can sit wherever you want.

The event this Sunday focuses on the grand street dancing competition. With the theme "One beat, one dance, one vision". Each group has this minimum of 60 and maximum of 100 members. 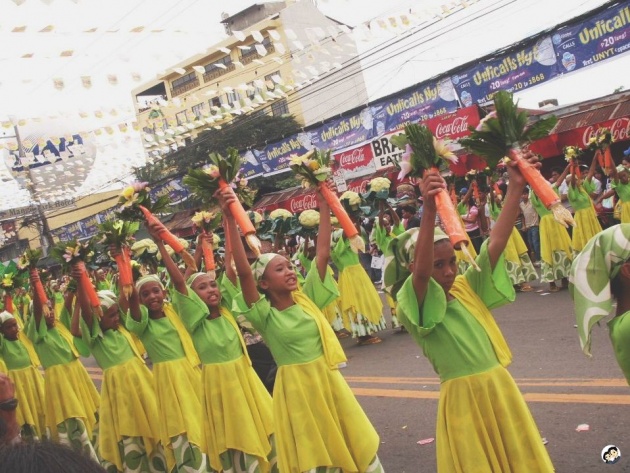 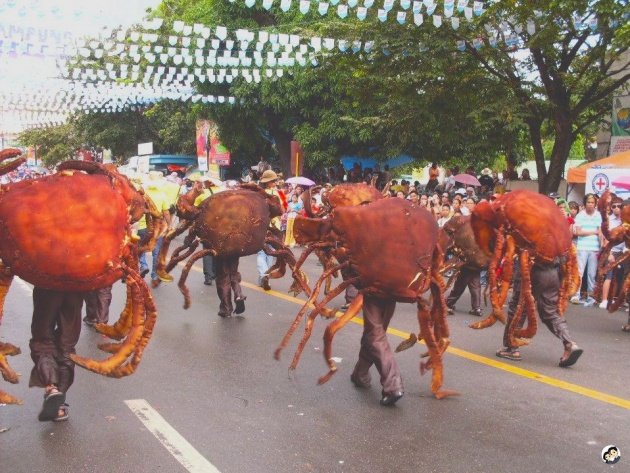 Imagine these participants all wearing their bright, colorful and glamorously dazzling costumes. There are more than 20 contingents mind you that only means thousands of unusual costumes in the streets. Each contingent has diverse kinds of themes and each of them has their accessories and huge backdrops too!

Another set of competition on that day is the float and puppets. Floats are just vehicles furnished, decorated and devised to carry certain concepts which depict drama or history or anything which has significance to the event, to the Sinulog festival. 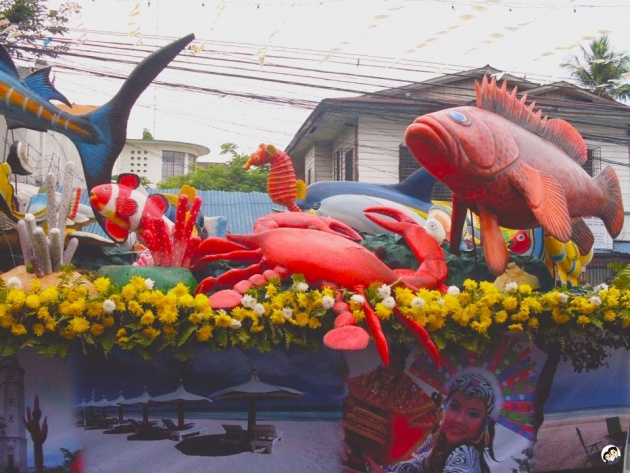 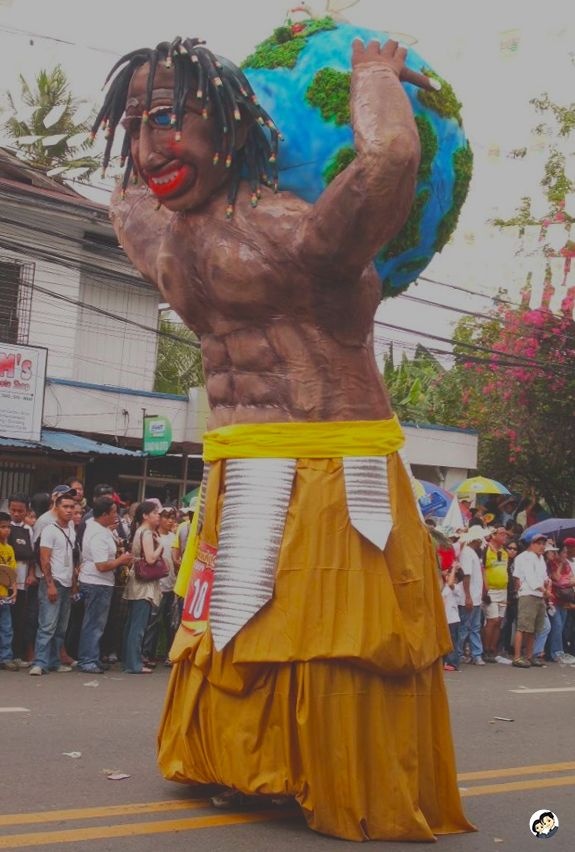 These floats are also in the streets, involved in the parade and are very much attractive too! Most of them have flowers, colorful and very intricately made. I have not followed any specific entry for the past years but I am always mesmerized by how these entries have obtained their designs.

Taking photos and selfies won't be absent in the event of course. Whilst there are participants in the contests and there are floats around, commoners are also very enthusiastic about joining the festival by dressing up in costumes like they are in a cosplay competition. 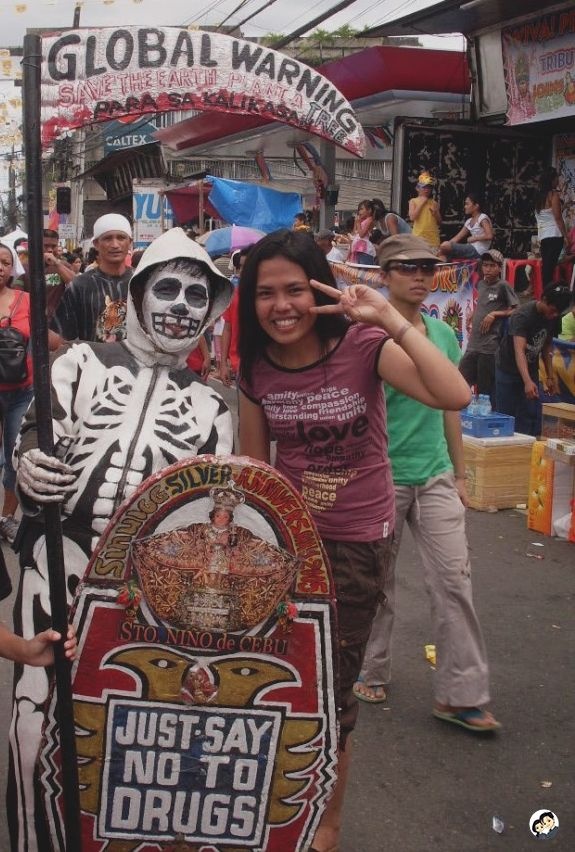 They can dress whatever they want. Most of the gets to join the parade too just because they wore costumes! There's always someone who is confident enough with their costume and their outfits that they are very eager to show off whatever they got for the event.

You'll see them roaming around, either solo or in a group. Don't hesitate to ask if you can take a photo with them. I bet they'll be more than happy to be in your lenses! 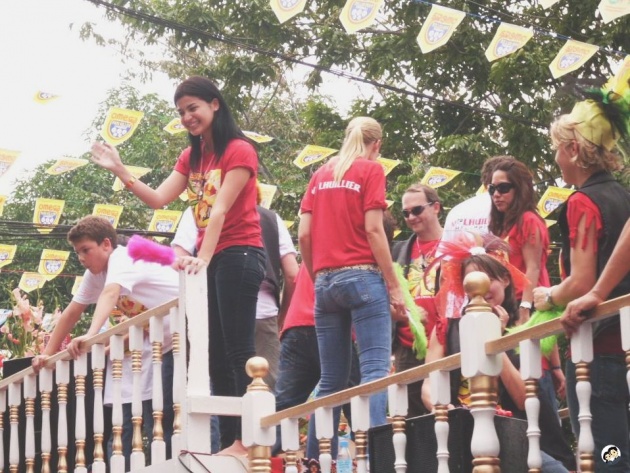 Yes, it is expected to have celebrities inside the floats included in the parade. These are mostly local celebrities but there are fans who are very into them that they'd scream, screech or squeak and even run to follow their idols! They can be very aggressive too and could hit you in the face if that could help them get to these celebrities!

Be cognizant and be very conscious as well as alert with these crowd!

The Cebuanos have this Sinulog fashion 101. There's like a guide or pattern on how you dress up during the event but this is not necessarily being followed during the event. However, most millennials are in this fashion.

So here's how the Sinulog fashion looks like for both male and females:

It starts with the Sinulog designed shirt where the sleeves have been torn to make it into a tank top. Some would even cut the edges and make them into these beach summer type of outfit. The bottom will be shorts, denim or not as long as they are short pants will work.

Face paints and other feathery accessories should be dressed all throughout the day. Eccentric ones are the best because they add pretty hues to the already vivid shirt design. There are vendors of feather accessories which can be placed in the head or be worn as necklaces. The possibilities are really limitless when it comes to the accessories. 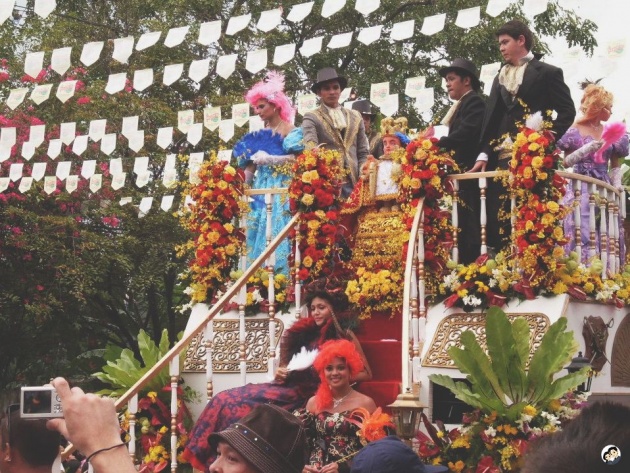 Aside from that, there are henna tattoos too! There are groups of artists offering these services in exchange for some bucks. Some may even give it for free! Henna tattoos are cool as it is just temporary but beware of those who are unintentionally moving around with a wet henna tattoo, they might get the ink into your shirts or your own skin!

Together with this great celebration, the great crowd also means a booming business along the way too! Imagine all these crowds going thirsty! Imagine all of these millions of crowd coming to buy a fan or umbrella or a hat because they forgot to bring their own before coming over.

Just imagine the feasible earning one could get by just selling simple items such as water! Being thirsty while on the road is not a good situation and so having water vendors walking around the city is definitely a blessing. As a matter of fact, vendors throughout these days are earning 1000% opposed to their daily income!

So some of the businesses that are accessible and booming during the event are again, mineral waters for sale, packed meals at the sides, there will be junk foods as well and there will also be cold sodas being sold at probably a higher price! Be extra vigilant on these matters.