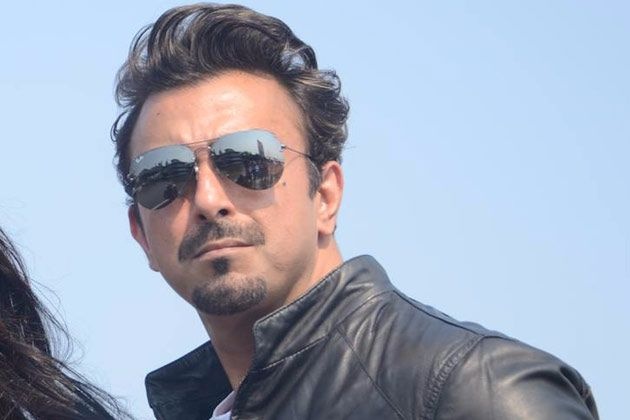 Armaghan Shahid, popularly known as Shaan, or Shaan Shahid is a Pakistani actor, writer, model, and film director. With two decades in Pakistani cinema and around 500 films to his credit – many of them commercially successful.

Shaan made his debut with Bulandi in 1990 against another debutante Reema Khan. He has since appeared in hundreds of Urdu and Punjabi language films and is described as Pakistan's most influential and credited film star.

In 2013, the highest-grossing film Waar direction of Bilal Lashari stars him, Aisha Khan, Shamoon Abbasi, Uzma Khan, Ali Azmat, and Meesha Shafi. He won the Best actor award of viewer's choice at 1st ARY Film Awards. After success of Waar he appeared in Jami's O21 alongside Aamina Sheikh, Iman Ali, Shamoon Abbasi andAyub Khoso.[6] In 2015 Yalghaar starring Shaan and Adnan Siddiqui, the direction and production of Hassan Waqas Rana is set to be the most expensive film in the history of Pakistani cinema with an estimated budget of Rs 50 crore.[7][8]

There is the independent dance-based film Naach opposite Javed Sheikh, Momal Sheikh and newcomer Neil Uchong. last is Shehzaad Rafique's Punjabi romantic filmIshq Khuda which stars him alongside Saima, Ahsan Khan and Wiam Dahmani. Shaan has sung a few songs in his films.He is the highest paid Pakistani actor[9]

Film directing
Keen on making a difference to filmmaking in Pakistan, Shaan launched himself as a director. He directed his ambitious project Guns and Roses - Ik Junoon, which was released in 1999. The film was produced by the art entrepreneur Tanvir Fatima Rehman. He co-starred with Faisal Rehman, Meera and Resham. The music was scored by M. Arshad, the cinematography was done by Azhar Burki, and it was written by Pervaiz Kaleem.

He then directed Moosa Khan (2001), which starred him, Saima, Abid Ali, Jan Rambo and Noor. The film received genuinely positive reviews from critics. 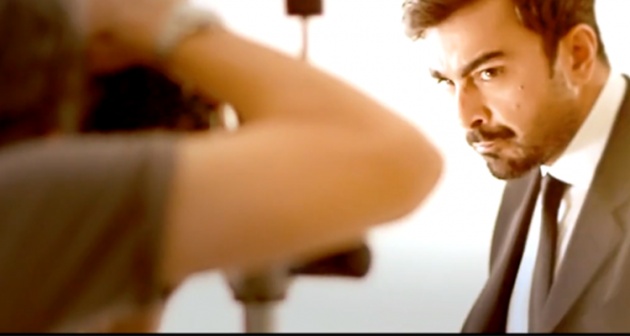 He signed a three-film deal with actress Juggan Kazim in 2008. One film, titled Chup was under pre-production for several years until it was scrapped; the others are still in pre-production. He is working with screenwriter Mashal Peerzada and Pakistani television director and screenwriter Sarmad Sultan Khoosat for his film projects. In 2009, Shaan appeared on ARY Digital's show Happenings which showed him directing a film scene with actress Resham in a Haveli house. In the interview he confirmed he has been making a film, however, not much is known about it. In 2012, he announced that he is set to direct one film that stayed under production for several years, Mission Allahu Akbar opposite Juggan Kazim in Thailand. In 2013, Shaan said his films were on hold as he is involved in his ambitious acting projects.

Television
Shaan was joined by Geo Television Network and hosted a morning show namely Geo Shaan Say on Geo News. But as Pakistan's famous celebrity Shaan soon left and focused on film development after release of Waar as an opening success in the Pakistan film industry, Since he has no idea to do another TV program.

Brand ambassador for businesses[edit]
Shaan, with his extensive education and grooming and the ability to project class and elegance through his stature and expressions, has been a hot attraction for many brands and campaigns; several of them have had the pleasure of hosting him. On 17 February 2009, Unilever Pakistan launched their latest offering, the LUX Limited Edition soap, at the Pearl Continental Hotel in Lahore, Pakistan.Shaan endorsed another mega brand, Pepsi, where he and the singing sensation Ali Zafar helped strengthen the brand in Pakistan. Pakistan's telecom giant Mobilink hosted Shaan as a spokesperson for 'Mobilink Indigo', with the launch of the new face of Mobilink's premium post-paid brand 'Indigo' in 2004. It was projected as the brand for the elite executive and families. His character was a man whose demanding lifestyle has him juggling between work and family and Indigo helps him breeze through this life successfully.

Shaan was the Goodwill Ambassador for 'One Pack = One Vaccine', a campaign launched by UNICEF, Procter & Gamble and the Ministry of Health in a bid to eradicatetetanus from Pakistan. Shaan has committed himself to the cause and has been visiting many areas and cities across the country, including malls and stores in Karachiand Lahore, to bring awareness amongst parents, especially mothers, about this deadly disease and how one can fight to eliminate it.