Short Story : The A Silent Woman

The A Silent Woman

She walked amid the crowd of people who are in the market. It was seen there are some people who talk about the woman, one of them said, “Look at that woman, she’s white and beautiful but unfortunately he had an unhealthy body that is fat”. They laughed out loud when talking about the beautiful woman. On the other hand, the woman looks with confidence to walk and spread smiles to everyone around her. Due to the nature friendly and polite that she had, a lot of people who love and appreciate her. She’s also a very hardworking woman. When she went home, she was not to rest directly. She did other chores such as sweeping, mopping, washing dishes, washing clothes, and helped her mother to cook.

After completing the homework, time for her to relax while watching her favorite tv shows that is cartoon. Because the fun watching, she did not know that her mother called her to make tea. It made her upset, angry and approached Yuanita by saying, “You are already 25 years old, but you still watching a cartoon, until I called and you didn’t heard,” turning off the TV is being watched Yuanita. She just looked down and apologized to her mother. “You are already adult but you never willing to change your bad behaviour, well you have to make a tea for me now”, said her mother. Yuanita replied, “Yes Mom” ??as hse walked into the kitchen.

The incident made Yuanita sad and upset with her mother. Because she never gave enough time to watch her favorite cartoon. She then went to the room with a scowl, her friendly smile was gone instantly, and the tears wet in her white cheeks. In her grief, she recalled the same incident a few years ago. At that time, Yuanita already developing strategies to regulate some of the activities that should she do to be able to watch her favorite cartoon. All things already well at the begin. But when 30 minutes after the cartoon began, her mother told Yuanita to help her who was cooking. Yuanita which is cool to watch tv ignores her mother’s orders, because she had completed all homework which she is responsible. It made her angry and turned off the tv being watched Yuanita. She was forced to obey orders to help her mother cook in the kitchen. Because if not, she will get mad and totally forbidden to watch her favorite cartoon. The incident is still happening until now the cause Yuanita lamenting his bad luck. Just to watch the cartoon was difficult and full of struggle.

Christy was the younger sister Yuanita. She’s 5 years younger than her sister. She has a slender body where it is different from the body of her sister. Christy always get whatever she wants from her parents quickly and without the sacrifices. She also could do whatever she wanted without any restrictions whatsoever from her mother. Therefore, Yuanita felt that her mother treated her differently and unfairly. However, she just could silence her mother’s response to all treatments. Because she’s not chatty like her young sister who always say what she thinks. All the events that make Yuanita a quiet woman, aloof, and closed.

When Yuanita was study, she lived with his uncle. She is free from the shackles of her mother who always gave this command and that command. She can do whatever she wants. She was able to watch cartoon as much without her mother’s know. This she did about 4.5 years. In college, she began a relationship with a man, john, from other campuses are 1 year older than her. He has worked in a factory as a laborer. He has a very strong religious knowledge and understand the unseen. Because of his knowledge, he did bad things, witchcraft, against Yuanita and the purpose is to draining Yuanita’s family money. However, what John did, it is out of Yuanita’s know. Time after time, Yuanita’s money owned by john used up to pay the rent, pay for motorcycle loans, pay debts, and others. And she did not feel that strange things. Because Yuanita loved him, she did whatever John asked without her parent’s knowing it.

After graduating, she began working and living back with her mother. Over time, Miss Alya started treating Yuanita well. She could do anything and watch cartoon as much time not only at her uncle’s house but also her parents’ house. Yuanita very pleased with the change in attitude from her mother. However, hse still remains closed to her family especially Miss Alya.

After a while, Miss Alya is getting treated yuanita very well. She often buys gold jewelry to decorate Yuanita’s body to make it look more attractive and elegant. However, every time Miss Alya told Yuanita buy gold jewelry, gold jewelry as often as it is also missing. Yuanita always give the reason that gold jewelry is lost on the road when Miss Alya asked. She also often took the money without their parents’ knowing it. Because of these, Miss Alya started to suspect something was wrong with her ??son. She began to investigate how Yuanita’s life outside the home. Because of her perseverance, she can find out what happened to her son. Miss Alya told her son not to touch with John. Yuanita agreed and was not related to John at the time. But, a few days later her gold jewelry was missing again and make her mother angry and upset. So Miss Alya initiatives her son to go to the chaplain and the paranormal to heal her son. However, it can not change the bad habits of her who always took the money and gave her jewelry to John. Miss Alya was surrendered to sensitize heal of Yuanita that do not heal. Seeing that her mother was seriously ill, Yuanita realized and began to change her bad behaviour.

Several years later, Yuanita met a handsome man, a white, hard-working, and good. The man named Michael. Yuanita undemonstrative love him. After a long acquaintance, Michael apparently harbored the same taste with Yuanita. He was applying for and invite Yuanita to get married. They lives happy ever after. 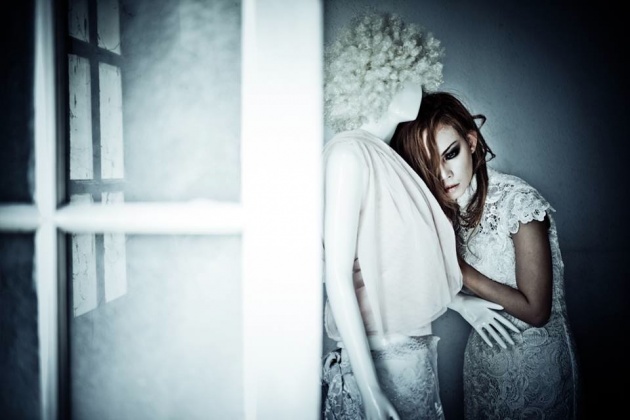 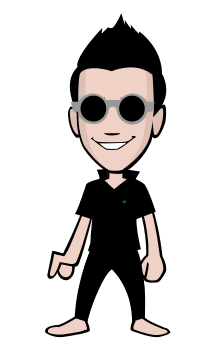