During the Second World War their bank in the Middle East had thrived.  Without our character’s father overseeing everyday operations while living in New York City it was still successful.  Our character’s eldest brother was in charge and once again made serious business mistakes.   One of the mistakes was lending a large amount of money to a businessman who used it to import a large amount of tobacco from Turkey to Egypt.   Unable to sell the tobacco the client never repaid the initial loan.  Ironically his name was Mr. Riches. If only he had lived up to his name.  When our character’s father returned to Egypt he wanted to see this man.   A theory of his was “if someone was of good moral character, you tried one way or another to help him out.”   However his response for not repaying the loan was, “It isn’t really my fault. It’s because you son loaned me too much money.”  With mistake after mistake their Egyptian business was six to seven million in the hole.   At least the family’s Beirut location, which was run competently and by the father’s brother, was fine.  Gold and foreign exchange were profitable at their Beirut location.  They were also generating capital in America.  But nothing could cover the millions they lost.  Our character’s father would have been more upset if the family’s good name had been tarnished.

As kids our character and his brother lived at a boarding school in Egypt at a time when their father was away in Lebanon.  A man named David Gahtan would often visit them and bring food, cheese and various other items for the brothers.  This man who was also a protégé of their father came from a good family in Baghdad.  One summer day several years later he invited all three brothers over for lunch.  However the eldest brother who had put their Egyptian business in jeopardy had a large ego and pompous attitude. To this day our character found this offensive.  The family prepared a wonderful meal of Baghdad delicacies, food the brothers had loved and often looked forward to eating. Upon arriving the eldest brother sat down and opened a newspaper completely ignoring the family who had invited him into their home.  After lunch his behavior was no better and stated that he had to go home and take a nap.  Apparently in Cairo and around this time period people took afternoon naps.  But rudeness is a whole other can of worms. When our character met with him later that day there were fireworks.  Older brother or not our character would not let someone act like that and he stated, “ How could you be so rude to that poor man?  They invited us, and they were so proud that we were in their home – a very nice one, by the way.”  His brother just stated “How dare you tell me what to do or what to say!” Finally our character finishes by stating the following “I was outraged.  You have to treat people with a modicum of politeness and decency whoever they are. It doesn’t matter what their station in life is.  That’s also why people stay with you. People will work long, hard hours for others for two reasons.  One is money - you can’t give them less than they’re worth because that’s not right.  And the second is because they’re treated with decency and respect.” 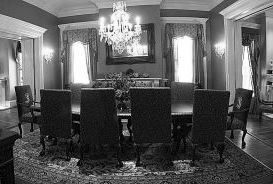 As you can see our character ends this recollection with another great quote about how he truly felt.  Another lesson that people now a days need to pay attention to.  There are rules to society not laws but rules on how to treat one another and live a decent life.