Hi again Bitlander friends! Today I want to review the SNOWDEN movie for you all!

This movie, I was very excited to see. I am a big fan of Edward Snowden and what he has done for transparency and protection of privacy. His story is pretty complicated and hard to understand for anyone who hasn't been following it from the beginning so I was excited when I heard that Hollywood had made a movie for Snowden to tell his story in a way that can be easily digested by the masses.

This movie is based on true events and is classified as a biographical spy thriller. 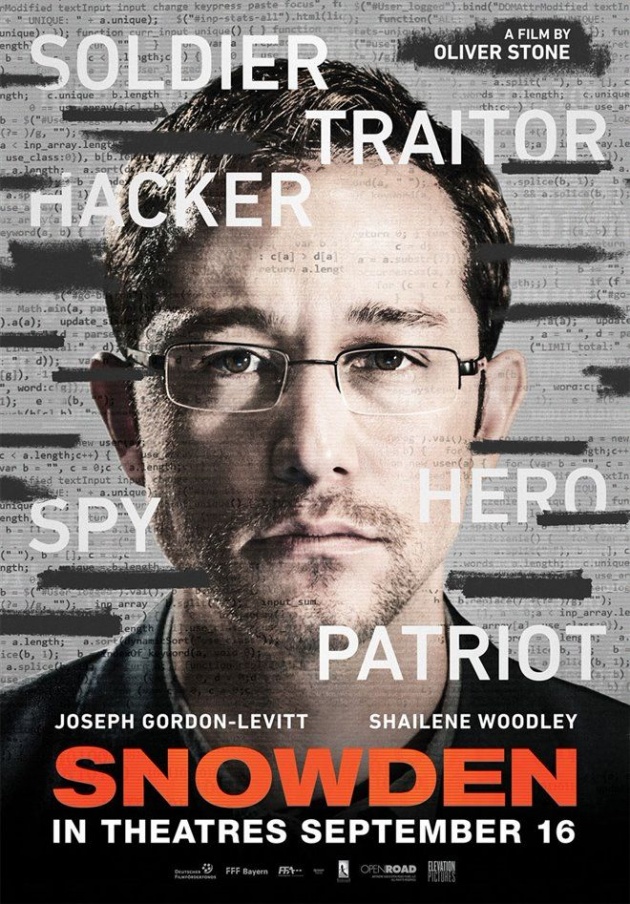 The movie starts in 2013 with Edward Snowden having a meeting with documentarian Laura Poitras and journalist Glen Greenwald. in Hong Kong.  The group discusses releasing classified information pertaining to the National Security Agency's illegal massive surveillance of its own population.

The movie then jumps back in time to 2004 where a younger Snowden has enlisted in the U.S Army and is undergoing basic training. He intends to go into Special Forces but after fracturing his tibia he is given an administrative discharge and told he can serve his country in other ways. 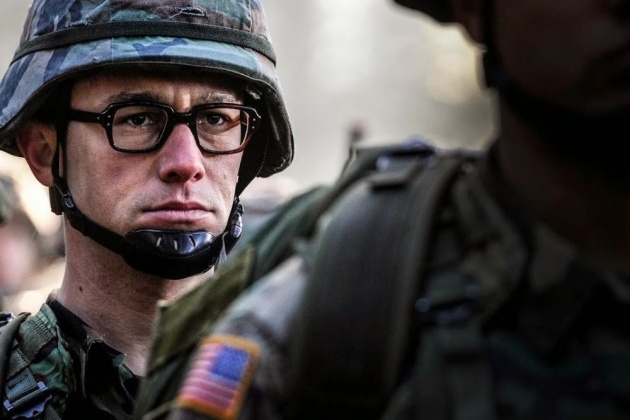 Snowden then applies for a position in the Central Intelligence Agency (CIA). He almost doesn't make it, as the answers to his screening questions turn out to be insufficient, but he is given a chance anyway and is taken to "The Hill" where he is educated on cyberwarfare.

It is here he learns of the Foreign Intelligence Surveillance Act which waives the Fourth Amendment by allowing a warrant request be approved by a panel of judges appointed by the Chief Justice.

Snowden and his team are tasked to create a communications network, delete it, and rebuild it in 8 hours. Snowden impresses by completing the exercise in 38 minutes. 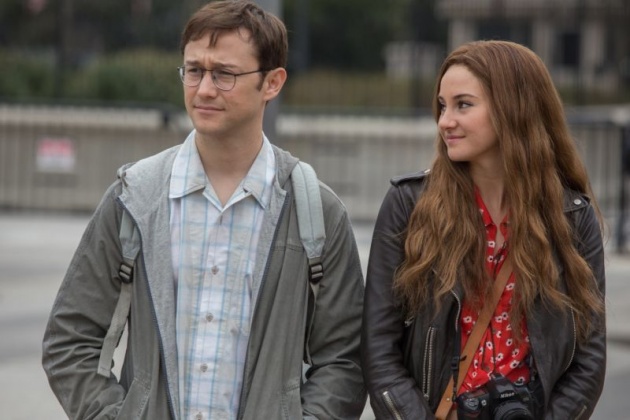 Snowden shortly receives his first job abroad working in Genevea with diplomatic cover in 2007. He takes Mills with him.

There, Snowden meets Gabriel Sol, and learns how invasive electronic surveillance has become. He begins to question the moral and ethical implications of the assignment and resigns from the CIA after his superior decides to use a set up of a DUI charge to get information from a target. 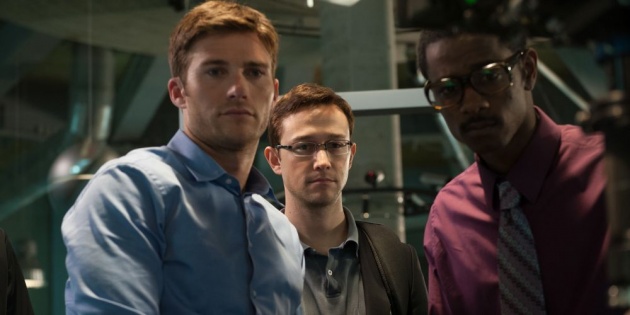 Next, Snowden takes up work with the NSA in Japan. He is told he is building a program to help back up critical data in the Middle East for an emergency situation. He soon learns of the malpractice of the NSA and other U.S Government organizations, who routinely plant malware on computers that manage foreign government in the event that if said allies turn on the U.S they can be effectively shut down.

Due to high levels of stress with his work, Snowden and Mills break up.

Three months later, Snowden has left the NSA and returned home. Mills and Snowden reunite and he takes a position consulting for the CIA. 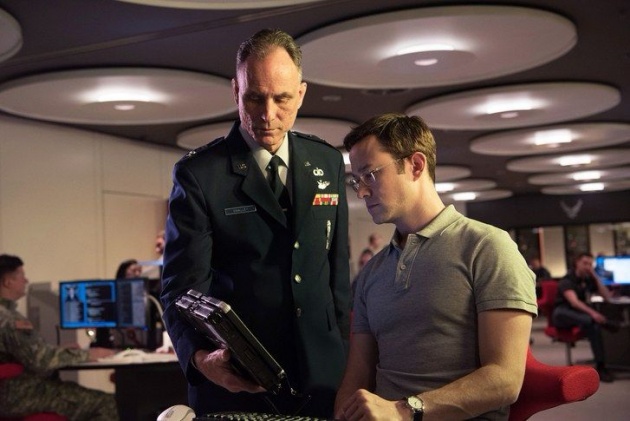 During a hunting expidition it is revealed to Snowden that there is an operation in Ohau involving counterattacks to Chinese hackers. After being diagnozed with epilepsy, Mills agrees that he should join the operation in Ohau because Hawaii might be good for his health.

Upon arriving at his new post in "The Tunnel" Snowden quickly learns that his program he built in Japan called "Epic Shelter" is being used to provide real-time data for drone strikes in Afghanistan. 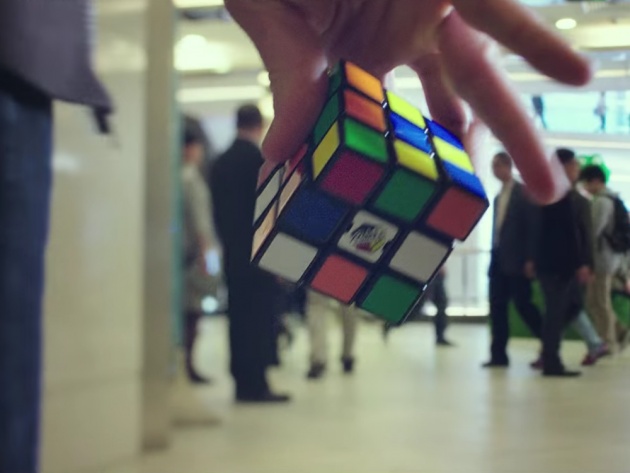 Snowden decides he has had enough and becomes disenchanted with what he is a part of. This results in Snowden smuggling out a microSD he fills with all relevent data to the things he feels are wrong. He does this using a rubix cube, then leaves claiming illness.

He then calls Mills to tell her to return to Maryland and schedules meetings with Portrais and Greenwald.

With assistance from journalist Ewan MacAskill the information is released to the press on June 5th 2013, with additional "leaks" published in the coming days.

After this point Snowden is forced to flee and with the help of Portrais, Greenwald and McAskill, Snowden is smuggled out of Hong Kong on a flight to Latin America with a connection to Russia.

He is forced to remain in Russia though, as the U.S revokes his passport mid travel. He is granted 3 years of asylum in Russia, with Mills joining him shortly after.

As a huge fan of Edward Snowden I appreciated the concept of this movie and what they were trying to portray. I felt like they softened it out a little too much and tried a little too hard to dumb it down so everyone could understand what happened, but it was for the purpose of a wider audience being reached by this true, and important story. 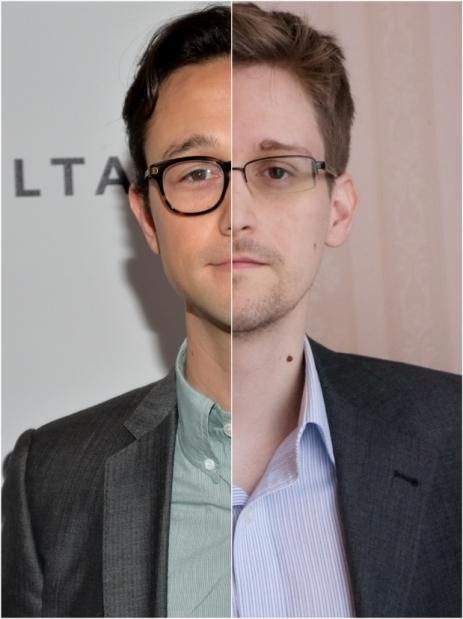 The thing that impressed me the most with this movie was the performance by Joseph Gordon Levitt. He clearly studied Snowdens' mannerisms and general demeanor extensively before shooting and it's really clear he tried really hard to embody this whistleblower.

I think he did an amazing job emulating Snowden and his behavior and social styles in this movie. That was easily the best part for me. His mimickry of Snowden was amazing.

As I said I felt that they went a bit too soft on the technological aspects of what Snowden did and who he was. I felt like perhaps the audience could have handled a slightly more in depth understanding of what went down.

I would highly reccomend anyone who wants more info, watch the movie CITIZEN FOUR which documents Snowden's last few days holed up in the hotel in Hong Kong while he gives his information to the press and dodges arrest.

It is intense and since the footage is all real you get a real feeling for how monumentous and terrifying and brave a thing it was that Snowden did for the American people.

I saw CITIZEN FOUR before SNOWDEN and I found the scenes in SNOWDEN where they were recreating scenes from CITIZEN FOUR uncanny in their likeness.. 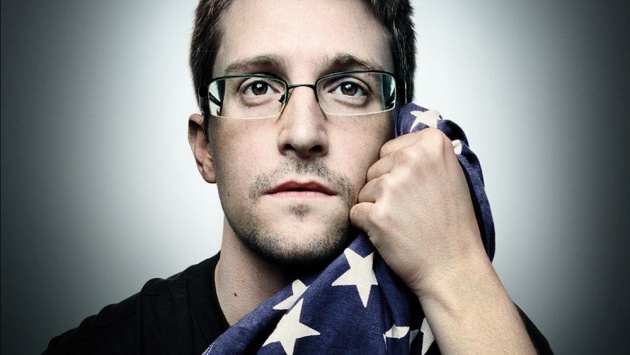 The most imporant aspect of this movie for me was how they explored issues with being a whistleblower. That telling people the truth about what greater powers are doing behind your back can get you into real heat, and what the value of freedom really is.

The way the media twisted this narrative and tried to bury Snowden and what he did as treason, as un American and making him not a patriot for going with his gut and knowing that the information he was privy to was information that the world should know was appaling.

In my opinion he was right and is a hero. He risked his entire being and is now trapped in Russia indefinitley for the good of his country and the people. So they would know the ugly truths they he felt they deserved to know.

I give this movie a 3.5/5 rating because I love that they did this to provide the public with information but I felt it could have been more informative.

Rotten Tomatoes gave SNOWDEN a 61% with an audience score of 70%, and had this to say:

Snowden boasts a thrilling fact based tale, and a solid lead performance from Joseph Gordon Levitt, even if director Oliver Stone saps the story of some of its impact by playing it safe.

Additionally Peter Bradshaw of The Guardian had this to say

The movie made $21,562,346 in the US box office, and recieved generally mixed reviews [ for reasons aforementioned]

Thank you all so much for reading my review of the SNOWDEN movie. I adore Edward Snowden so I may have been too hard on this movie [as I know way too much about this] but I still felt it was OK and it was important to attempt to show what really happened, so I appreciated the effort!

I hope you guys enjoyed it too!