Stephen Edwin King (born September 21, 1947) is an American author of contemporary horror, supernatural fiction, suspense, science fiction, and fantasy. His books have sold more than 350 million copies, many of which have been adapted into feature films, miniseries, television shows, and comic books. King has published 54 novels, including seven under the pen name Richard Bachman and six non-fiction books. He has written nearly 200 short stories, most of which have been collected in book collections. Many of his stories are set in his home state of Maine. 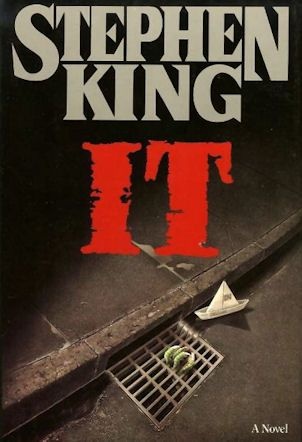 It is a 1986 horror novel by American author Stephen King. The story follows the exploits of seven children as they are terrorized by the eponymous being, which exploits the fears and phobias of its victims in order to disguise itself while hunting its prey. "It" primarily appears in the form of a clown in order to attract its preferred prey of young children. The novel is told through narratives alternating between two time periods, and is largely told in the third-person omniscient mode. It deals with themes that eventually became King staples: the power of memory, childhood trauma, and the ugliness lurking behind a façade of traditional small-town values. The novel won the British Fantasy Award in 1987, and received nominations for the Locus and World Fantasy Awards that same year. Publishers Weekly listed It as the best-selling book in the United States in 1986. 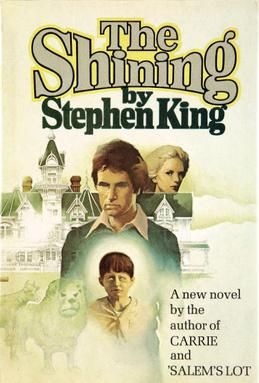 The Shining is a horror novel by American author Stephen King. Published in 1977, it is King's third published novel and first hardback bestseller, and the success of the book firmly established King as a preeminent author in the horror genre. The setting and characters are influenced by King's personal experiences, including both his visit to The Stanley Hotel in 1974 and his recovery from alcoholism. The novel was followed by a sequel, Doctor Sleep, published in 2013.

The Shining centers on the life of Jack Torrance, an aspiring writer and recovering alcoholic who accepts a position as the off-season caretaker of the historic Overlook Hotel in the Colorado Rockies. His family accompanies him on this job, including his young son Danny, who possesses "the shining," an array of psychic abilities that allow Danny to see the hotel's horrific past. Soon, after a winter storm leaves them snowbound, the supernatural forces inhabiting the hotel influence Jack's sanity, leaving his wife and son in incredible danger.

The Shining was adapted into a feature film in 1980 by director Stanley Kubrick, with a screenplay co-written with Diane Johnson, which is regarded by some as one of the greatest films of all time. King himself was disappointed with the film, stating it had abandoned several of his book's major themes. 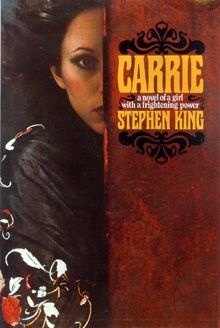 Carrie is an American epistolary novel and author Stephen King's first published novel, released on April 5, 1974, with an approximate first print-run of 30,000 copies. Set in the then-future year of 1979, it revolves around the eponymous Carrietta N. "Carrie" White, a misfit and bullied high school girl who uses her newly discovered telekinetic powers to exact revenge on those who torment her, while in the process causing one of the worst local disasters in American history. King has commented that he finds the work to be "raw" and "with a surprising power to hurt and horrify." It is one of the most frequently banned books in United States schools. Much of the book is written in an epistolary structure, using newspaper clippings, magazine articles, letters, and excerpts from books to tell how Carrie destroyed the fictional town of Chamberlain, Maine while exacting revenge on her bullying classmates.