Lately I've been watching the made-for-TV miniseries The Stand. It was adapted from the novel of the same name by Stephen King, and he also wrote the script for the series. He even has a cameo role in it.

I've heard that one shouldn't judge a book by its TV mini-series, so I should really try and refrain on commenting on the book, since I haven't read it. I do hope that it's better than the miniseries though. I had high hopes for this as I like apocalyptic science-fiction, but at six hours it drags. Also the cliche of the "Magic Negro" is a bit hard to swallow.


It wasn't until I saw this mini-series that I realized that another Stephen King story has a magic Negro in it- namely The Green Mile. So it's a cliche that Stephen King has used more than once.

There's a high bar now for apocalyptic science fiction, seeing as we've been overrun by zombies. There are no zombies to be had here, just a bad guy named Randall Flagg. In the mini-series we know he's a bad guy but we really don't SEE him do anything bad, so we just have to take King's word for it. Walking Dead fans like myself will miss the zombies. Not only that, there really isn't much indication that there's been any plague at all, save for a few scenes where they gather up bodies. How do the survivors eat? We don't see them scrounging abandoned supermarkets. I want to see details like this, and we don't.

There is thing that the mini-series has going for it: Laura San Giacomo. She's hot and a good actress. She makes the series. It also has Molly Ringwald in it. Viewing this mini-series provides the answer to the age-old question on everyone's lips: What ever happened to Molly Ringwald? She grew up. Yeah, when she was young, she was cute. You forgive her lack of acting chops because she's young and cute. However when no longer young, parts for her predictably dried up.

Ruby Dee looks like she might be a zombie in this mini-series, but she's not- she's just old. And she can't be a zombie, because she's the Magical Negro. You can't be both. Gary Sinise does the job, but it's nothing to write home about. It's hard to say anything about the Rob Lowe character, since he's a deaf mute- and doesn't anything. I have a huge crush on Shawnee Smith, her part is barely more than a cameo. If there were more of her here, it would be a big improvement. It's fun to see Matt "Max Headroom" Frewer as Trashcan Man, but as with Shawnee Smith, there's just not a lot of him. We're dancing around a main problem with this mini-series- there are just too many characters for the viewer to be invested in them all, and I haven't even started to list them all. From what I understand, there are even more characters in the doorstop of a novel. Too many characters makes my head spin and lose interest. Finally I have to mention the presence of Ray Walton, who I'm sorry to say will forever be My Favorite Martian. I watched a lot of that show as a kid, and now I just can't see him without expecting him to sprout antennas and point his finger at something to levitate it. 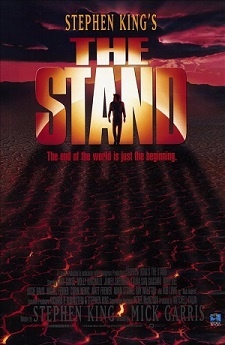 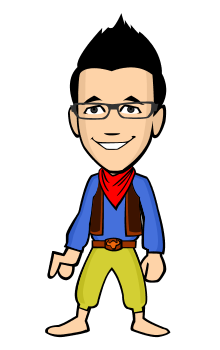 I am a film buff.