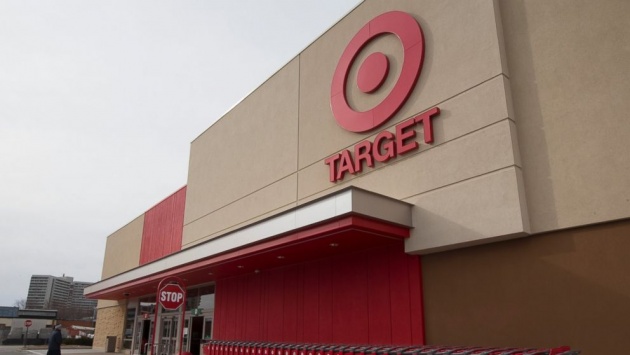 A Target store in Toronto, Ontario is seen in this March 18, 2013 file photo.

Target Corp. today revealed the staggering cost of a security breach that exposed personal information of millions of its customers. The hit to Target's profits points up the high stakes facing businesses when it comes to protecting customer card data from hackers.

Target stock rose more than 7 percent as of mid-day Wednesday to about $60.69 a share, possibly on investor relief that the costs weren't even higher. Since the company announced the breach of as many as 40 million customer credit card accounts in mid-December, Target stock has fallen about 10 percent.

The company's breach-related security costs included offers of free credit-monitoring to customers, investigation expenses, increased staffing in call centers, fraud losses, card replacement costs, and more. Target has a $100 million plan to use of chip-enabled technology by early 2015 in all its stores.

Card issuers have been slow to implement chip technology embedded in cards used in other parts of the world, including Europe. Credit card fraud is estimated to cost $12 billion a year. It's not clear how much it would cost to update the nation's credit card readers to accept chip-embedded cards.

Partly because of the fraud costs, Target said its fourth-quarter profit was down 46 percent while revenue fell 5.3 percent.

"Going forward, there are a lot of indications that Target's long-term business potential is still intact, despite near-term challenges they have to overcome," he said.

While the company is closing eight stores in the U.S. by May, and experiences "stiff competition" in Canada, Perkins said he believes profitability will improve across the border and inventory markdowns will slow.