Humans only dreamed of inventing vehicles before, but today, the world is now entering the phase of a more advanced technology by having self-driving cars on the road soon. Of course, that is through the incorporation of machine intelligence or artificial intelligence.

Artificial intelligence are machines with an intelligence that is comparable to human intelligence. AI is created to improve people's lives and provide convenience and immediate solutions. The use of artificial intelligence has now began, although still on the stage of improving, and is applied on different sectors like health, environment, business, security, etc. One sector I will be sharing to you today is transportation, particularly the self-driving cars by Tesla. 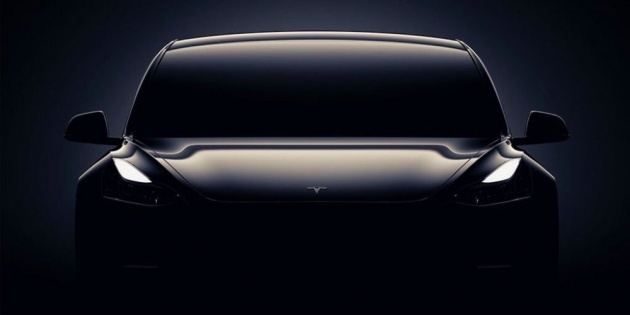 Tesla Inc., formerly known as Tesla Motors, is an electric-automobile and energy manufacturing company from Palo Alto, California, United States. The company was named after engineer Nikola Tesla. It was established on July 1, 2003, and is well-known for its electric and autonomous vehicles, and energy storage products (Powerwall, Powerpack, and Solar Roof). Tesla Inc. was founded by Martin Eberhard and Marc Tarpenning, whom was later joined by J.B. Straubel, Ian Wright, and PayPal cofounder Elon Musk.

Elon Musk, who was a co-founder of Tesla, have contributed not less than $30 million to the company and was previously Tesla's chairman before he became the Chief Executive Officer (CEO) since 2008. Last 2017, Musk foresees that Tesla automobiles will be fully autonomous within two years and that a driver can sleep while the car is on autopilot. 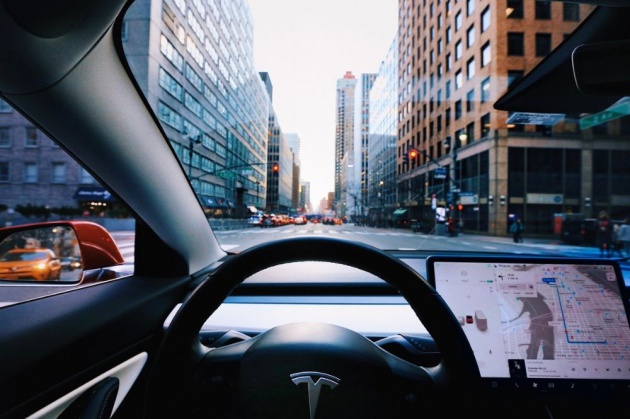 Autonomous cars, also known as self-driving car or driverless car, is an automobile which can traverse roads with no human intervention. It is equipped with several various sensors (sonar, Lidar, odometry, GPS, inertial measurement units), cameras, and radars to detect its path, environment, and objects around its vicinity. Most importantly, it is powered by artificial intelligence. The artificial intelligence system for these vehicles are trained through a virtual simulation to familiarize various road scenarios and recognize the environment and objects. Companies that are advancing to autonomous vehicles are Google, BMW, Volvo, Volkswagen, Ford, Audi, General Motors, and Tesla.

A few months ago, Tesla CEO Elon Musk unveiled two new customized AI chips which is already being installed on its vehicles. Tesla's vehicles aren't still fully autonomous and needs driver's assistance even when in autopilot mode. However, Musk tells the latest AI chips are already capable and ready to make Tesla fully autonomous. The only thing that is left is to improve its software.

Let's talk more about Tesla's vehicles on being fully autonomous on the Querlo C-blog below!

New technologies are made to change our lives for the better, but it is inevitable for it to have its negative impact too. So I've listed some of the advantages and disadvantages I could think of for having autonomous cars. 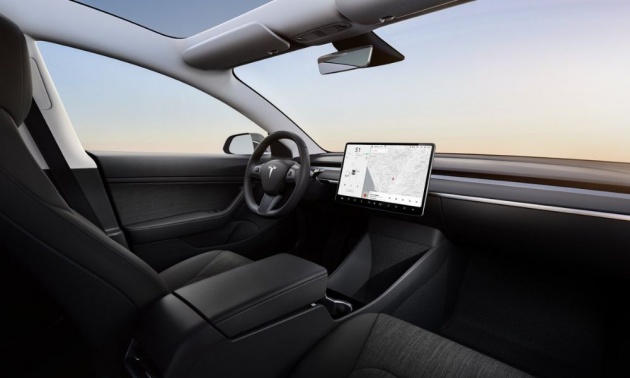 Vehicles that are autonomous are very advantageous for the elders, people with poor vision, disabled people, and those who are afraid and aren't very good at driving. These people would usually have someone accompany them to get to their destination, but with autonomous vehicles, they can now travel even on their own.

Another main benefit of the self-driving cars is comfort. Elon Musk sees Tesla vehicles to be fully autonomous in the near future and drivers can sleep while their car drives its way to the destination on its own. Doesn't that sound awesome? Extra time for snooze, why not! Let's just hope the vehicles comes with alarm to wake you up. Aside from providing comfort, I can also see it giving people more time for productivity. Instead of driving, people can use this spare time to do other tasks as well like checking mails, reviewing for a test, eat, etc.

These cars are electric cars and are equipped with rechargeable batteries, and through this, carbon monoxide emission will be lessened as gasoline-powered vehicles will be replaced. This will greatly help lessen air pollution, improve air quality, and reduce health risks we can get from air. With electric-powered vehicles, demand for gasoline would be reduced which also means being able to preserve our natural resources and protect mother earth from further destruction. 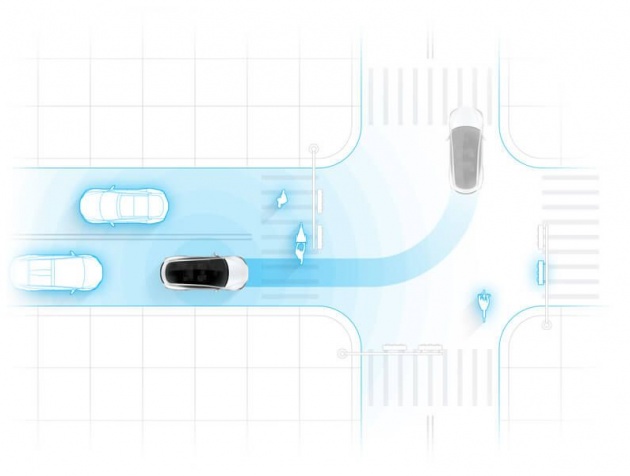 Autonomous cars are programmed, trained to many and various situations, and of course, meant to operate with optimum safety. Powered by artificial intelligence, I can see an organized and better flow of traffic with no traffic violators. Roads accidents can be minimized as most are due to human error. You can also never go overspeeding because you can set the maximum speed you want. No more vehicles swerving, cutting lanes, beating the red light, and making death-defying stunts like in the movies. These cars also have faster reactions than humans saving people from accidents.

People with health condition would surely benefit from self-driving vehicles. Losing consciousness, heart attack, and other serious health condition can cause a driver to lose its control over the vehicle, which can lead to accident and danger to its surroundings. With autonomous vehicles, the driver can command its car to take him to the nearest hospital. As I see it, these advanced vehicles does not only provide comfort but can save lives. 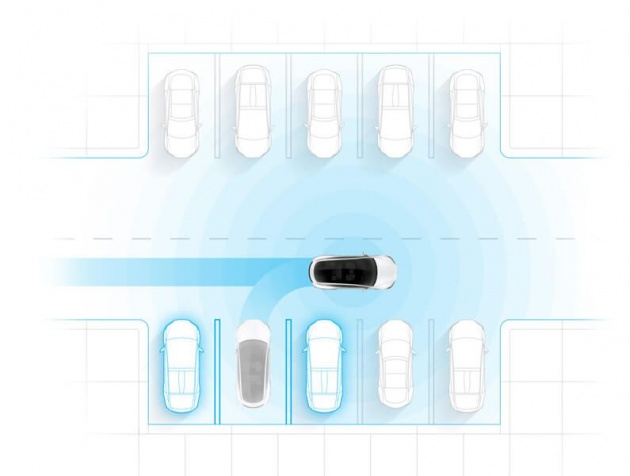 Backed up with artificial intelligence, these vehicles will surely provide the best for your needs. It can also connect with smart cities, infrastructures, and other vehicles improving the city life from traffic safety, parking assistance, etc.

No software or program is perfect that is why developers release updates from time to time to improve it and give users better experience. What if (I hope it doesn't happen) one update caused a glitch which can make the vehicle function differently which leads to an accident? This can be dangerous and be a threat to everyone's safety.

Speaking of safety, vehicles going autonomous can also be used for bad purposes. Hackers can possibly alter the software to hijack a vehicle and cause it to crash, killing their target person. And since self-driving cars can travel on its own, they can also freely use it as a tool for bomb attacks. This is a serious matter and can become a grave threat to all of us if not given serious attention to its software security. 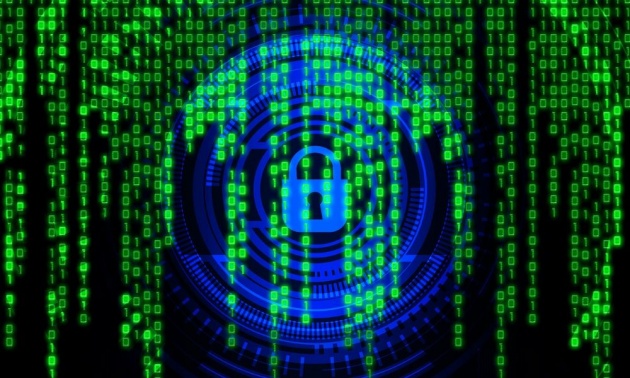 Autonomous cars have GPS, it records data of your travel and such. This means that it can identify and store information of your current location, places you've been, and where you are going next. This can be an advantage, but can also be a disadvantage as there will no longer be privacy for people. Evil-minded people can even use it to track a target. On the contrary, this can also be used to track a missing person. 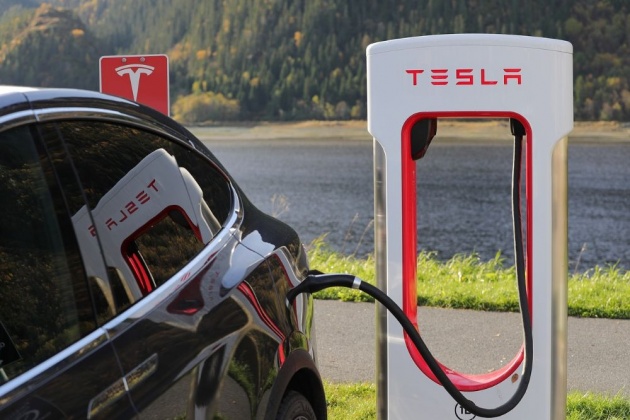 Charging electric cars can consume more time instead of filling your gas tank which usually just takes a few minutes. Stations for charging could also be few. Tesla has its own charging station for its vehicles. For example, what if you're already running out of power and the nearest station is still kilometers away from where you are. What will you do now? I think this can be a bit of a problem today, though if electric cars have completely dominated the roads, I guess there will be more charging stations. 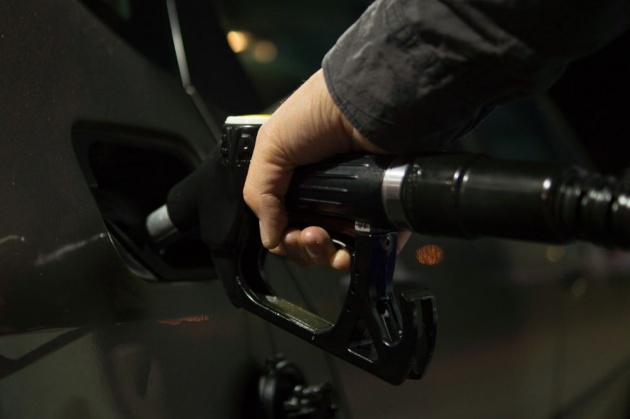 Since electric vehicles will no longer need gas, the decline in petroleum industry will surely be evident. This can cause petroleum companies to go bankrupt. Oil market will go down which can put a bad effect to the economy. The rise of electric cars is definitely a nightmare for petroleum companies.

THE FUTURE OF VEHICLES

Self-driving vehicle is a huge step towards an advanced transportation. It will change how we think of vehicles and will have a massive impact on several aspects, whether good or bad. Will it reduce the traffic? Accidents? Make people's lives convenient. Will it make people in the future ignorant of driving? There are lots of questions and can only be proven once self-driving vehicles hit the roads.

Tesla is promising to release self-driving cars soon while other companies will also follow soon after. I never thought driverless cars would be produced soon. I thought it would still be decades from now before it can be made. Humans are really amazing and the rise of artificial intelligence is bringing technology to a great feat.

Would you like to own a self-driving car someday?