Army chief says doesn’t want extension in tenure, will retire on due date
Says speculations of extension in tenure are baseless, efforts to root out terrorism will continue with full vigour and resolve
COAS’ statement welcomed across the board, political leaders laud Gen Raheel for being a ‘man of principles’
Bringing an end to speculation that Chief of Army Staff (COAS) General Raheel Sharif would be given an extension in service after he retires from office in November later this year, Inter-Services Public Relations (ISPR) Director-General Lt General Asim Bajwa on Monday said that all rumours to this effect were baseless and the army chief would retire on his due date.

The unequivocal rejection to the offers of extension for Gen Raheel would give an end to the debate over the extension rumours.

Speculation had been rife regarding an extension in the COAS’ term after former military ruler Gen (r) Pervez Musharraf called for an extension in Gen Raheel’s tenure, warning against a change in the military leadership.

“What he is doing right now, it needs continuity and if there is any change in the leadership amidst this all, all good work which has been done so far would go to waste,” Musharraf had said.

In a series of tweets on Monday, Lt Gen Bajwa quoted Gen Raheel as saying, “Pakistan Army is a great institution. I don’t believe in extension and will retire on the due date.”

“Speculations are baseless,” the COAS said, adding, “Efforts to root out terrorism will continue with full vigour and resolve.”

The post of army chief is inarguably the most powerful in Pakistan.

On November 27, 2013, the government approved Gen Raheel’s appointment for the post, a position that he took over from Gen Ashfaq Parvez Kayani who stepped down on November 29, 2013.

Gen Kayani served as military chief for six years after rules were relaxed to grant him an extension in July 2010 by the Pakistan People’s Party-led coalition government in what then prime minister Yousuf Raza Gilani had said “was in the interest of continuity at a time when the war on terror was ongoing against elements who wanted to impose a system of their choice on the country”.

Gen Pervez Musharraf also got an extension to add three-years to his tenure.

Born in Quetta on June 16, 1956 to Major and Mrs Muhammad Sharif, Gen Raheel Sharif grew up steeped in military tradition. He attained his formal education at Government College Lahore and later went on to attend the Pakistan Military Academy, Kakul.

As a young officer, he performed his duties in Gilgit in an infantry brigade and served as adjutant of Pakistan Military Academy. Over the years, Sharif climbed up the military ladder mentored by Musharraf who handed him command of the 11th Infantry Division in Lahore.

He was awarded the Hilal-i-Imtiaz, the second highest civilian award and honour that is given to both civilians and military officers of the Pakistan armed forces.

Despite the common surname, Raheel Sharif is not related to Prime Minister Nawaz Sharif but is known to be close to tribal affairs minister Lt Gen (r) Abdul Qadir Baloch, a key confidante of the Sharif family.

Reacting to the ISPR’s statement, PPP Co-Chairman Asif Ali Zardari was quick to welcome the announcement, saying that the culture of extensions in major state institutions should be brought to an end.

“The decision not to accept extension (in service) by General Raheel Sharif is a welcome step. This would give an end to speculations about extension,” he added.

Critics, however, feel that there is a hint of personal bias in the statement. They think that Zardari believes that the ouster of Gen Sharif would bring no change in the army’s thinking and the operation against corrupt politicians would continue unabated.

“The army chief has proved that he is a highly principled person. This decision has enhanced his respect and will prosper the army’s image,” Qureshi said, adding that during his term as the COAS, Gen Sharif took effective measures against terrorism and united the nation to fight against the menace.

“It is a very positive announcement. It is good that in future no one would have to make an announcement either and whether it’s a judge, general or anyone else, would come and go home per tenure,” she added. 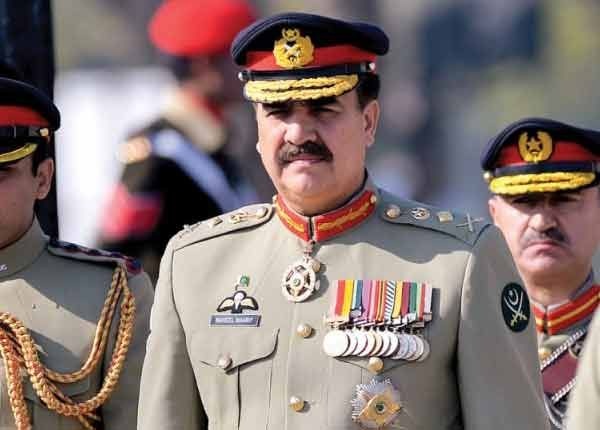 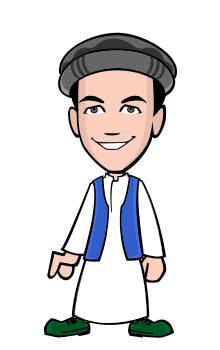 i am Aurangzaib from Pakistan i am 28 years old i am professional blogger.!!

I LOVE ALL Mother

Love will stand the test of time,when beauty fades,when the strength of youth is gone.When attitudes…