The 10 fastest computers in the world

If you thought your PC was fast, wait until you see what Tianhe-1A can do: the Intel and Nvidia-powered supercomputer can do in a day what a dual-core personal computer would take 160 years to complete.

It's a serious bit of kit, and it's not the only supercomputer with more cores than we've had hot dinners.

Every six months, the TOP500 project ranks the world's most powerful computers - and right now, these are the top ten machines the world has ever seen.

1. The slightly mysterious Chinese one: Tianhe-1A

China's supercomputer is currently the world's fastest: it can run at a sustained 2.5 petaflops (a petaflop is a thousand trillion floating point operations per second) thanks to its 186,368 cores and 229,376GB of RAM.

While the horsepower comes from off-the-shelf Intel and Nvidia chips, the New York Times says that the Chinese machine's speed is down to its interconnect, the networking technology that connects the individual nodes of the computer together, which is twice as fast as the InfiniBand technology used in many other supercomputers.

It's located in Shenzhen's National Supercomputing Centre, where it's used by universities and Chinese companies.

2. The one with a quarter of a million cores: Jaguar

Jaguar, a Cray XT5-HE supercomputer located at the US Oak Ridge National Laboratory, has quite a few cores: TOP500 says there are nearly a quarter of a million since its most recent upgrade.

Jaguar's 224,162 cores come courtesy of a whole bunch of six-core Opteron chips, and its performance is a hefty 1.76 petaflops. Oak Ridge says it's the world's fastest supercomputer for unclassified research.

3. The other slightly mysterious Chinese one: Dawning Nebulae

When it launched in early 2010 the Chinese Dawning Nebulae supercomputer was the world's fastest, with performance of 1.27 petaflops, but it's already in third place thanks to Jaguar and China's own newer, faster Tianhe-1A. Like its sibling Nebulae is in the National Supercomputing Centre in Shenzhen.

Hopper is working on the big stuff: climate change, clean energy, astrophysics, particle physics... its home, the US Department of Energy's National Energy Research Scientific Computing Center, offers its services to more than 3,000 researchers in the fields of climate research, chemistry, new material development and other crucial fields.

The first petaflop-scale supercomputer to be designed and built in Europe is pretty fast: "its capacity to transfer information is equivalent to a million people watching high-definition films simultaneously", the press release says.

Built around Intel Xeon 7500 processors, the successor to 2005's Tera 10 is 20 times faster and seven times more energy efficient as its predecessor. It's another nuclear one: Tera-100's mission is to help guarantee the reliability of Europe's nukes.

Supercomputing is a fast-moving field, and Roadrunner is the proof: in 2008 it was the first supercomputer to crack the petaflop barrier for sustained performance, but its 1.04 petaflop speed means it fell to seventh place in just two years.

Built by IBM for the US Department of Energy, it was designed to work out whether the US's nuclear weapons would remain safe as they age - although like most supercomputers it's also available to industry, with car and aerospace industries paying for a go.

8. The answer to life, the universe and everything: Kraken

Can your computing project be handled by a machine with 511 cores? Then don't bother coming to Kraken: it's best suited to jobs that use "at least 512 cores". It's got plenty to spare: the National Institute for Computational Sciences reports that the Cray supercomputer has 112,895 compute cores spread across 9,408 nodes.

Its purpose? To help "solve the world's greatest scientific challenges, such as understanding the fundamentals of matter and unlocking the secrets to the origin of our universe".

Germany's supercomputer was designed for low power consumption as well as high performance, and it's been involved in some interesting projects - including trying to work out how DVDs work. According to Scientific Computing, it's improving our understanding of "the processes involved in writing and erasing a DVD", which should lead to storage media that works better, lasts longer and provides higher capacity.

10. The one keeping nukes safe: Cielo

Nuclear science and supercomputers are a match made in heaven: the former can use the latter to test things without blowing anybody up or irradiating them for generations. Cielo is used for "classified operations" by the US National Nuclear Security Administration, and it's getting a big upgrade this year: its 6,704 computing nodes will be upped to 9,000, and its memory will go from 221.5TB to around 300TB.

The ones coming soon: Titan and Sequoia

Will China lose its fastest computer crown in 2012? That's when the US Titan supercomputer, a $100 million machine for the US Department of Energy, comes online - and it's also when IBM's Tianhe-1A-rivalling Sequoia gets plugged in too. TItan is designed to analyse complex energy systems, while Sequoia will work on simulations of nuclear explosions to reduce the need for real-world tests. 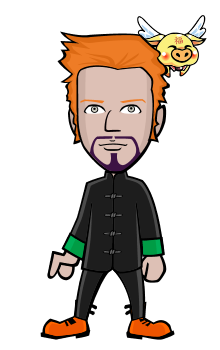