The 4 Reasons You’re Addicted To Technology 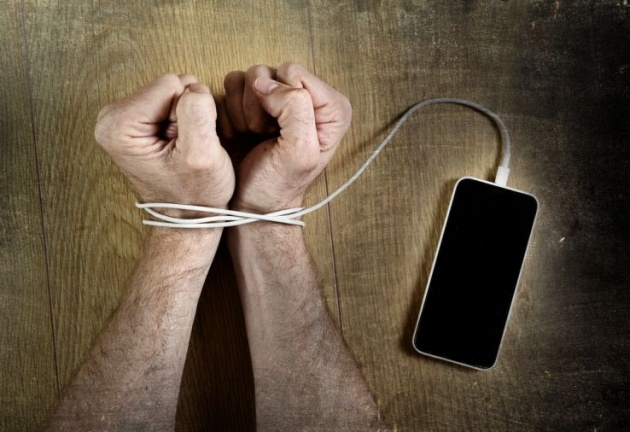 “Nearly everyone I know is addicted in some measure to the Internet,” wrote Tony Schwartz in a recent essay in The New York Times. It’s a common complaint these days. A steady stream of similar headlines accuse the ‘Net and its offspring apps, social media sites and online games of addicting us to distraction.

There’s little doubt that nearly everyone who comes in contact with the Internet has difficulty disconnecting: People everywhere are glued to their devices.

Many of us, like Schwartz, struggle to stay focused on tasks that require more concentration than it takes to post a status update. As one person ironically put it in the comments section of Schwartz’s online article, “As I was reading this very excellent article, I stopped at least half a dozen times to check my email.”

There’s something different about this technology: It is both pervasive and persuasive. But who’s at fault for its overuse? To find solutions, it’s important to understand what we’re dealing with. There are four parties conspiring to keep you connected — and they may not be whom you’d expect.

The technologies themselves, and their makers, are the easiest suspects to blame for our dwindling attention spans. Nicholas Carr, author of “The Shallows: What the Internet Is Doing to Our Brains,” wrote, “The net is designed to be an interruption system, a machine geared to dividing attention.”

Online services like Facebook, YouTube, Twitter, Instagram, Buzzfeed and the like are called out as masters of manipulation — making products so good, people can’t stop using them. After studying these products for several years, I wrote a book about how they do it. I learned it all starts with the business model.

Because these services rely on advertising revenue, the more frequently you use them, the more money they make. It’s no wonder these companies employ teams of people focused on engineering their services to be as engaging as possible. These products aren’t habit-forming by chance; it’s by design. They have an incentive to keep us hooked.

However, as good as these services are, there are simple steps we can take to keep them at bay. After all, we’re not injecting Instagram intravenously or freebasing Facebook. For example, we can change how often we receive the distracting notifications that trigger our compulsion to check.

According to Adam Marchick, CEO of mobile marketing company Kahuna, less than 15 percent of smartphone users ever bother to adjust their notification settings — meaning the remaining 85 percent of us default to the app makers’ every whim and ping. Google and Apple, who make the two dominant mobile operating systems, have made it far too difficult to adjust these settings, so it’s up to us to take steps to ensure we set these triggers to suit our own needs, not the needs of the app makers.

Your boss:
While companies like Facebook harvest attention to generate revenue from advertisers, other more generic technologies have no such agenda. Take email, for example. No one company “owns” email, and the faceless protocol couldn’t care less how often you use it. Yet to many, email is the most habit-forming medium of all. We check email at all hours of the day, whenever we can — before meetings begin, waiting in line for lunch, at red lights, on the toilet — we’re obsessed. But why? Because that’s what the boss wants.

Near the top of the list of individuals responsible for your seeming addiction to technology is the person who pays you. For almost all white-collar jobs, email is the primary tool of corporate communication. A slow response to a message could hurt not only your reputation but also your livelihood.

Unfortunately, being chained to technology can leave little time for higher order thinking. Real work — requiring the kind of creativity and problem solving that only comes from uninterrupted focus — no longer happens in the office, it starts at home after the kids are put to bed.

Cal Newport, Assistant Professor of Computer Science at Georgetown University, calls this sort of work “deep work.” In his book by the same name, Newport writes, “Deep work is to focus without distraction on a cognitively demanding task, and shallow work describes activities that are more logistical in nature, that don’t require intense concentration.” Playing email Ping-Pong with colleagues is shallow work.

Newport recommends people discuss the appropriate ratio of deep and shallow work with their employers. “Get your boss to actually try to commit to a vision like, ‘About 50% of your time should be unbroken and 50% should be doing these shallow tasks.’” Newport continues, “When they’re actually confronted with how much time you’re spending trying to produce real results with your skills, they have to start thinking, ‘Okay, we need to change some things.’”

Your friends:
Think about this familiar scene. People gathered around a table, enjoying food and each other’s company. There’s laughter and a bit of light banter. Then, during a lull in the conversation, someone takes out their phone to check who knows what. Barely anyone notices and no one says a thing.

Now, imagine the same dinner, but instead of checking their phone, the person belches — loudly. Everyone notices. Unless the meal takes place in a fraternity house, the flagrant burp is considered bad manners. The impolite act violates the basic rules of etiquette.

One has to wonder: Why don’t we apply the same social norms to checking phones during meals, meetings and conversations as we do to other antisocial behaviors? Somehow, we accept it and say nothing when someone offends.

The reality is, taking one’s phone out at the wrong time is worse than belching because, unlike other peccadilloes, checking tech is contagious. Once one person looks at their phone, other people feel compelled to do the same, starting a churlish chain reaction. The more people are on their phones, the less people are talking, until, finally, you’re the only one left not reading email or checking Twitter.

From a societal perspective, phone checking is less like burping in public and more like another bad habit. Our phones are like cigarettes — something to do when we’re anxious, bored or when fidgety fingers need something to fiddle with. Seeing others enjoy a puff, or sneak a peek, is too tempting to resist, and soon everyone is doing it.

The technology, your boss and your friends all influence how often you find yourself using (or overusing) these gadgets. But there’s still someone who deserves scrutiny — the person holding the phone.

You:
I have a confession. Even though I study habit-forming technology for a living, disconnecting is not easy for me. I’m online far more than I’d like. Like Schwartz and so many others, I often find myself distracted and off task. I wanted to know why, so I began self-monitoring to try to understand my behavior. That’s when I discovered an uncomfortable truth.

I use technology as an escape. When I’m doing something I’d rather not do, or when I am someplace I’d rather not be, I use my phone to port myself elsewhere. I found that this ability to instantly shift my attention was often a good thing, like when passing time on public transportation. But frequently my tech use was not so benign.

When I faced difficult work, like thinking through an article idea or editing the same draft for the hundredth time, for example, a more sinister screen would draw me in. I could easily escape discomfort, temporarily, by answering emails or browsing the web under the guise of so-called “research.” Though I desperately wanted to lay blame elsewhere, I finally had to admit that my bad habits had less to do with new-age technology and more to do with old-fashioned procrastination.

It’s easy to blame technology for being so distracting, but distraction is nothing new. Aristotle and Socrates debated the nature of “akrasia” — our tendency to do things against our interests. If we’re honest with ourselves, tech is just another way to occupy our time and minds. If we weren’t on our devices, we’d likely do something similarly unproductive.

Personal technology is indeed more engaging than ever, and there’s no doubt companies are engineering their products and services to be more compelling and attractive. But would we want it any other way? The intended result of making something better is that people use it more. That’s not necessarily a problem, that’s progress.

These improvements don’t mean we shouldn’t attempt to control our use of technology. To make sure it doesn’t control us, we should come to terms with the fact that it’s more than the technology itself that’s responsible for our habits. Our workplace culture, social norms and individual behaviors all play a part. To put technology in its place, we must be conscious not only of how technology is changing, but also of how it is changing us. 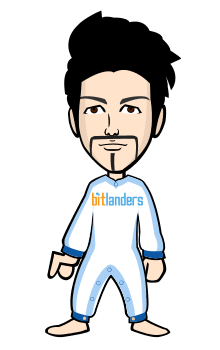